I don't know how this happened or why, but now I've become some sort of insane zombie apocalypse taxi driver hellbent on saving people while destroying hordes of the undead. Placed within a sandbox environment you're given a number of tasks of which the military themselves won't take on despite heavy military presence. Anyways once we pass this hurdle we are tasked with various missions that have a great variety of main objectives along with side ones to accomplish. Saving people always comes first and from there we destroy monster zombie pile bosses or clearing out new areas for base moves that happen on the occasion.

There are of course crazy boss like zombie piles that are just monstrous causing blockades of your progress. These were crazy and towered over the rest of the smaller zombie types. At times when i was about to complete an objective another zombie or two would enter my clear zone, followed by more which was slightly annoying. Though overall I was pleasantly surprised at how interesting and enjoyable the campaign on Zombie Driver was. It brought a lot more depth to the action than I had imagined with some sharp looking environments that had a wide range of destruction to them. There's also a great set of vehicles that you obtain through the levels from a nice sports car to an ambulance or even a police vehicle.

They each bring their own unique style of play along with how they handle/hold people. This can all be upgraded with the multiple stacks of cash you obtain by completing the objectives and you can surely make a beast of a machine from whatever base vehicle you have chosen. From gaining some more ram power, working those hauls or getting some better weapons. In particular my favorite driving time was with the surprise tank you receive to play with for a bit, it was awesome and I'm assuming this mention isn't very big in terms of spoilers. There's a lot to this campaign and so many ways from which you are able to handle the situations. This should be the block of your time with the game, and justifiable so. 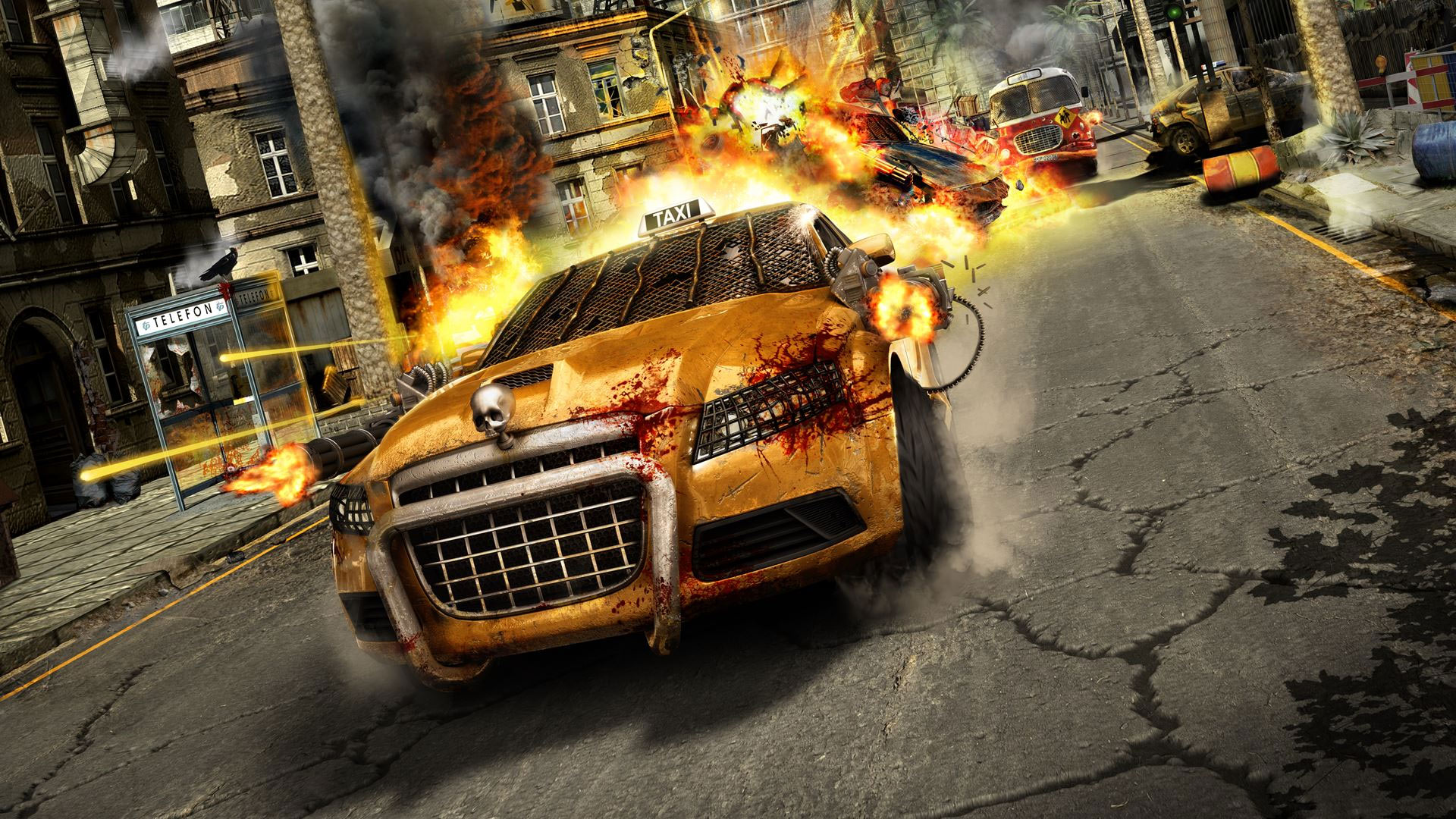 First up is the slaughter mode which basically throws you into an arena (you unlock more as you play) and tasks you with surviving. The levels are usually fairly small, yet packed with zombies and weapons/upgrades for you to pickup to clear the areas. I quite enjoyed playing this as it gave me a quick, yet secluded area to just mow down zombies while practicing some new tricks for campaign.

The other side mode from the campaign is Blood Race which has you compete against other drivers in what is essentially death race. Show off your superior driving as you slaughter the other drivers that attempt to get in your way with various weapons. This mode is another great way to get extra time from Zombie Driver and take those skills learned in campaign on the track.

The world is very detailed despite the up above view and features a many number of destructible items. From creates, to birds or even barriers you can smash through them to get places quicker. It's a great touch to make it all feel alive and there's also great world atmosphere of rain or sunny days.

I did find it to be a tad brown scaled which marked out bright color potential, but it's a beautiful looking game. Everything controls well with the vehicle handling being spot on. There's a nice balance of powerups within the world so everything is within range as you continue to drive around. This transition to consoles was handled wonderfully and creates a new experience. 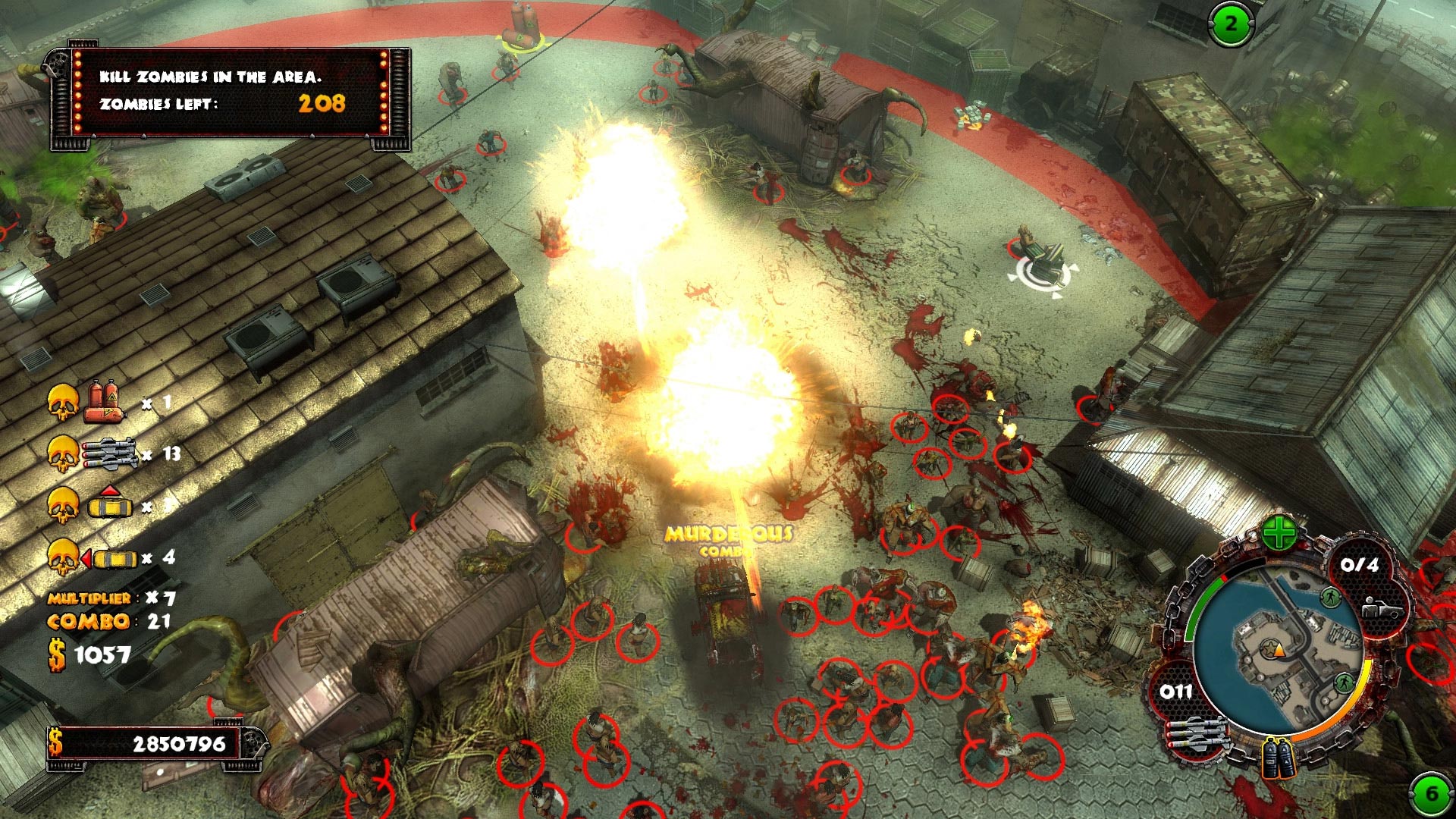 The Ultimate Edition of Zombie Driver is awesome, it's bundled perfectly together with hours of gameplay. From the very interesting and diverse campaign section that will have you wildly driving all about the sandbox town.

To the Slaughter Mode of just free slaying in an arena or the Blood Race mode which keeps the competition close while allowing you to destroy your opponents. Zombie Driver handles perfectly, looks great and was an enjoyable experience. Get ready to ram through hordes of zombies, save people as the apocalypse's number one taxi and take on those monster creature zombie bosses! 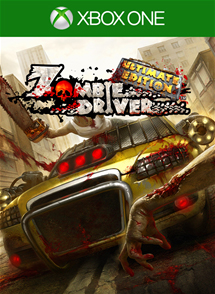