Quantic Pinball is a simple take on the game providing some intense beats and cosmic backdrops that create gorgeous a presentation. While that's great, there isn't much to the overall package. You only get around five tables and the goal is to just play through them as opposed to presenting something you revisit to play multiple times. It doesn't take too long to complete the whole game and it feels very slim in content. There is however an additional Space Invaders type mode where you knock out aliens against a strict timeline.

Still, this doesn't add too much value and the whole of Quantic Pinball can be enjoyed very quickly in one sitting without giving a desire to visit it again later. The tables were fine offering multiple lanes to work with, yet even with that they weren't too wild in design. I did like the various special events that would happen such as a blackout that darkened the map except the balls and the crazy spray balls that could occasionally be triggered.

The presentation of the game was great, it was colorful with some excellent music in the background. The backdrop helps with that providing a glowing brightness that wasn't too distracting from the core board. I still felt that visually it doesn't look like it was exactly designed for a larger screen as some elements looked a bit rough. The tables handled well with easy options to hit the balls and the lanes flowed without issue. It was somewhat hard to understand what I was doing in the game as you're attempting to work through levels as opposed to grabbing the high score. 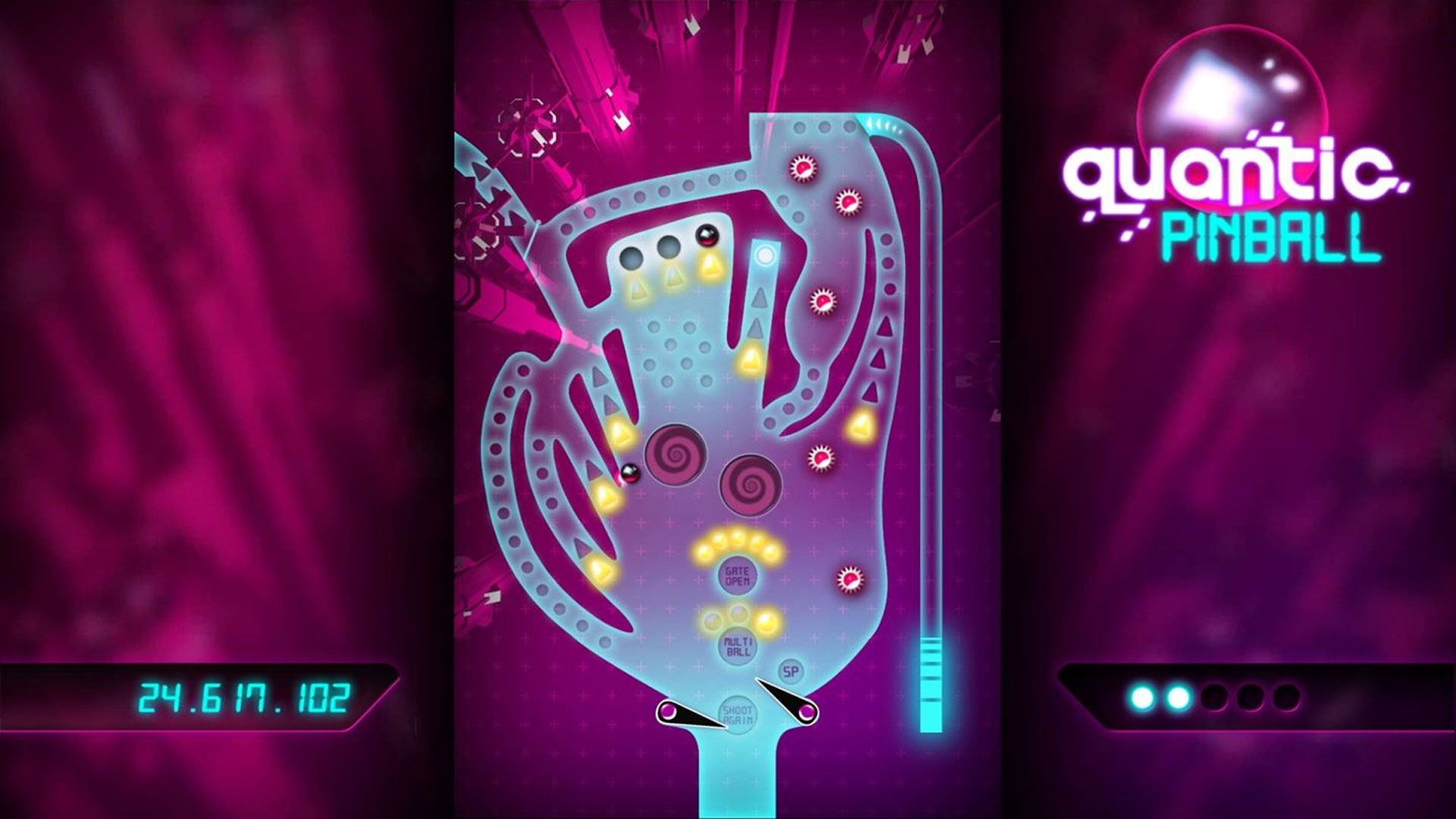 Quantic Pinball is a fine option if you enjoy this type of game, it is however quite lacking. There just isn't much content to the package and it's not compelling enough to revisit after playing through it once. The side mode was too simple, yet a good idea. It really comes down to the game not having much to it which is disappointing because the presentation for the tables was great. The music was a solid pulsing beat and the whole game looked very cool. It should have however been expanded upon with more tables or something that can give players a desire to come back occasionally to play it. This comes across as more of a quick set of missions as opposed to tables you occasionally work on getting a better score for.