Little Triangle is an intense platformer where death is something you meet on a consistent basis and a trial you must continue to cross. The story follows this rather harsh invasion and continued destruction of the triangle based world. A hero rises from the fast ashes of society and gets ready to take on the invaders. There are a pile of levels present as you hop, platform and fight your way through engaging environments. There are themes to these and you can see a very steep increase in difficulty.

This isn't for the faint of heart and a fine challenge will greet you. There's an option for cooperative play or you can battle it out with others locally as well. There are some competitive options present for up to four local players along with a pile of distinct triangle heroes that you can switch between to wildly mix things up. Little Triangle is a Xbox Play Anywhere title meaning the game is owned on both Xbox One and Windows 10 with a single purchase granting a shared save between platforms.

This is a brutal experience where you'll die multiple times attempting to reach the end of levels. Aside from hardcore platforming backed by at times imprecise controls there are bullets and various enemies hopping about. It can be wild to play locally with others in either the cooperative mode or in a competitive fashion. The visuals were decent, they did definitely depict a fallen civilization. They were actually rather dark at times too showcasing fallen heroes. While moving through levels you'll be able to discover some secrets along the way and collect some points if that's something you're interested in for completion. There are at times bosses and they may present further problems on your journey. 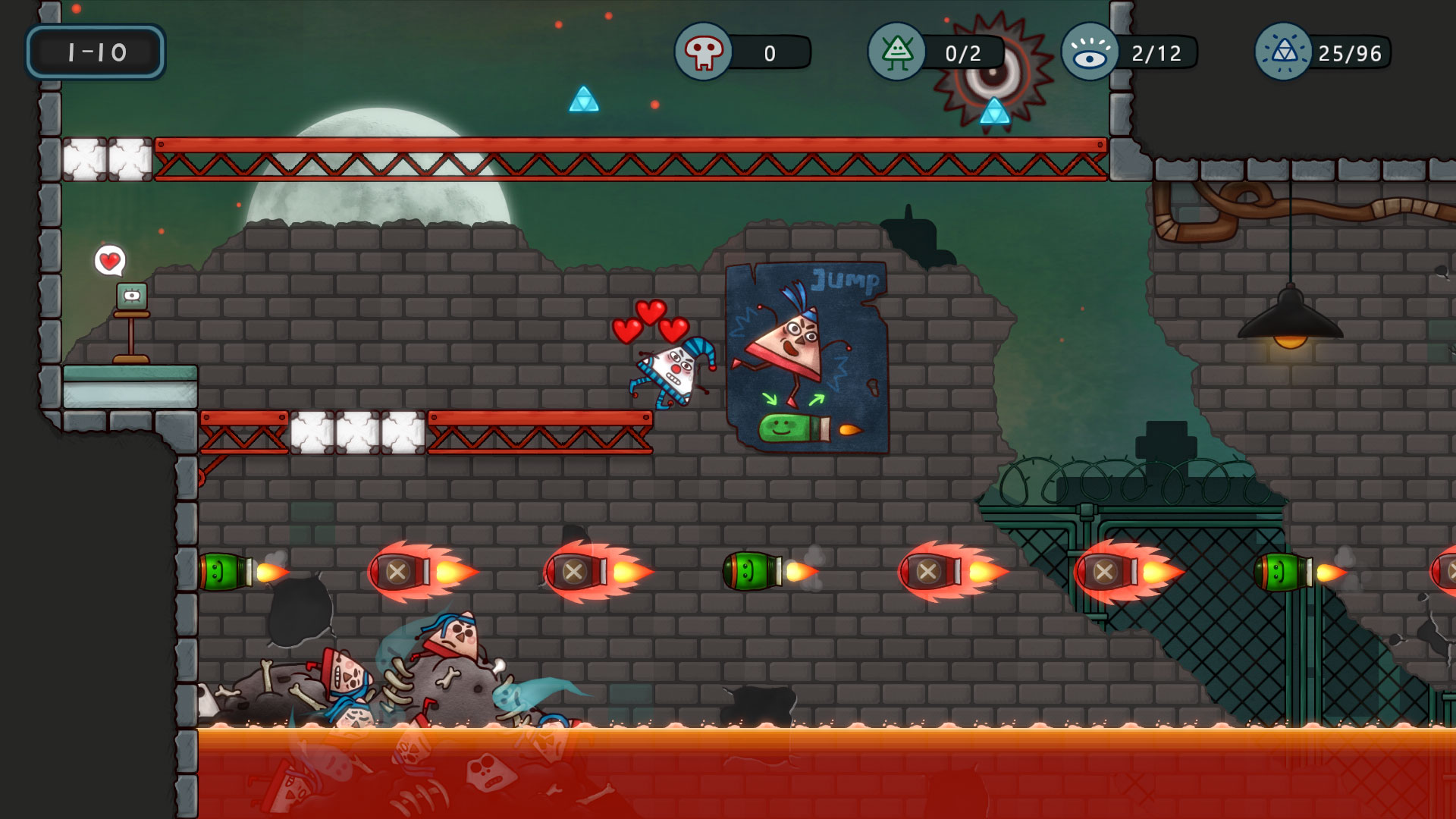 Little Triangle was a fine game, it's got a pile of levels and some bosses to take on along the way. I liked the world they setup and that there was somewhat of a narrative. I'm not typically a fan of these death focused games though I know the hardcore platformer is something many enjoy. The game is packed with options for various triangles if you'd like to play as them and the local multiplayer options present some extra value for a group to battle royale it out. The game also carries the extra value of being a Xbox Play Anywhere title.

Read our A Hat in Time Review
View our Game Hubs