"A Fistful of Dirt"

SteamWorld Dig is a classic title at this point available on multiple platforms and now the Nintendo Switch. It brings the full experience to the platform and allows you to easily enjoy it in a mobile or docked format. Whichever you choose the game looks great and isn't held back. This is a fantastic addition to the platform as it really does complement the sequel quite well giving you an idea of what happened directly prior. The narrative here follows Rusty as he attempts to find his uncle, things don't go entirely well and he starts digging. It's a very linear game in what your goals are, yet open in how you get to them.

The world is focused on mining and making your way deeper into the ground by cutting out paths. This allows a sense of discovery and creation for players to make their own platforming segments. The core story portions are found within specially marked caves that typically grant an extra power-up by the end to make Rusty better. There are some side secrets as well and some challenging enemies along the way. There's even a rather difficult boss towards the end that did feel out place, yet is a staple in the series apparently.

SteamWorld Dig is an impressive game visually with a unique art style that still holds up well. It looks just as great as it does on other consoles while not feeling too aged. Some of the techniques deployed in the sequel are however a bit more advanced and you can easily tell the progression if you switch between either of them. It's a simple game not only in what your digging goals are, but with the extra power-up abilities you get throughout. Water is a big part of this since its steam inspired so you'll have to collect that to refuel occasionally along the way. I will warn this can be a rather tough game considering how much damage enemies can deal and the tiresome walk to collect your treasures. With these treasures you're able to buy better equipment and therefore travel even further than before. 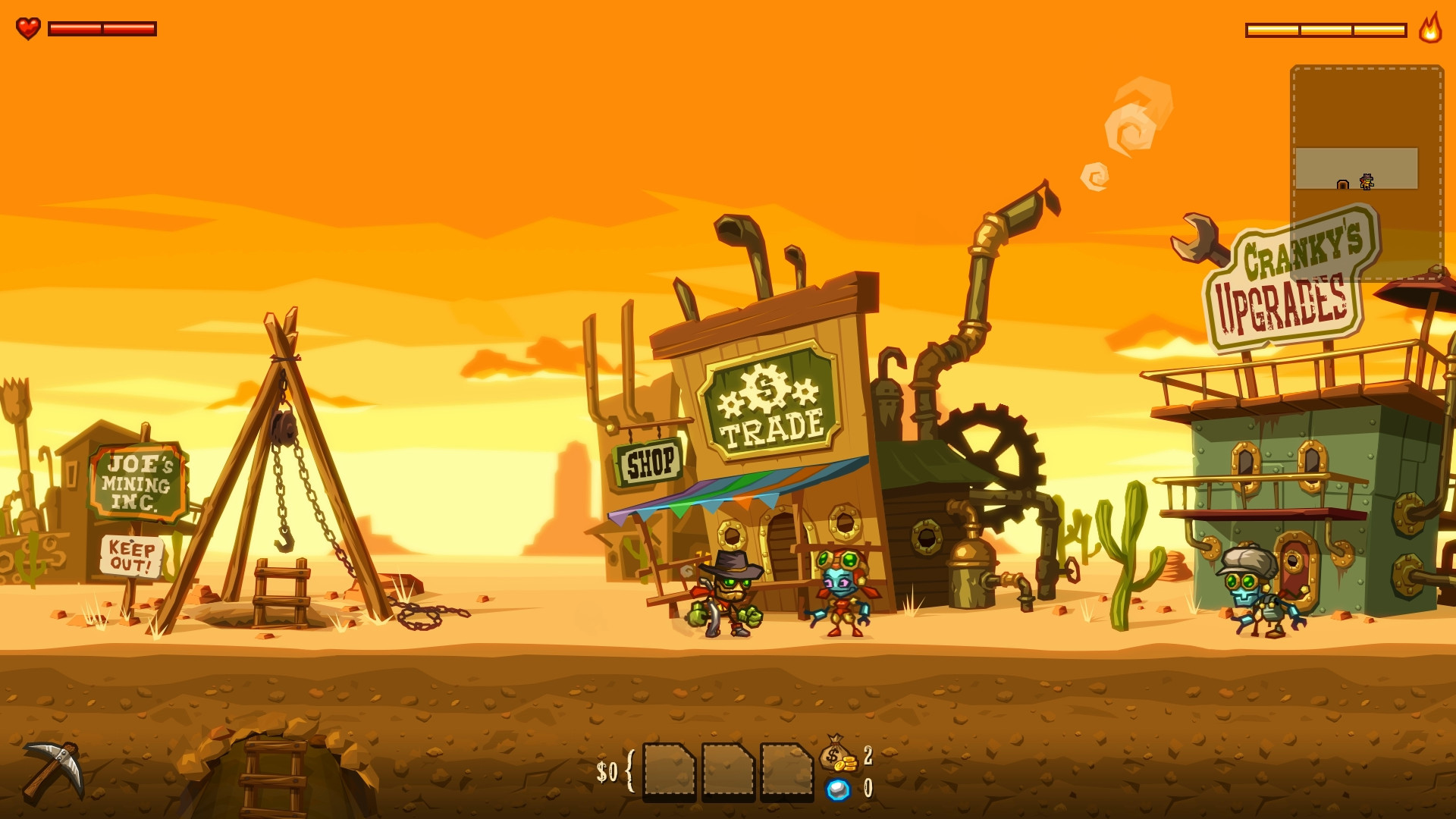 It was great to check out this game once again and it does shine on the Nintendo Switch. I definitely recommend giving this a try if you haven't played any of the games to get used to the story or even if you have played the second to get a better idea of just who Rusty and the others are. There's some decent gameplay here though the main story can be somewhat short. It's aged well and the presentation it excellent on the platform looking great docked at home or out on the go. It's a great dig your own platforming title and one that was pleasant to enjoy once more.