Wulverblade is an intense and visceral beat 'em up taking place during 120AD after the Romans have taken portions of Britannia. Some of the locals have had enough aiming to unleash some unique abilities and mash they way through the taken landscapes. This is developed over eight truly gorgeous levels with incredible amounts of detail. The world is beautiful here as is the general look of the game. Within the various story elements you work alone or in a cooperative pair to fend off these invading enemies. The game also provides a number of options for how you want to play it from a traditional style to an arcade where things can be even more difficult.

In each level you're not only battling an array of troops in each scene of a level, you're also tackling bosses which are even more menacing. There was a good selection of variety within the troops with the bosses being stand outs for their combative styles. The story is rich with lore from the time and it really does capture that time period very well. Aside from the main campaign is also an arena section where you can battle waves of enemies across a number of maps inspired by various story levels. It's a nice addition to the overall package.

Going back to the comments I previously made, this game is really visually impressive. The details are stellar here and the visceral content with slashes from your weapons are fantastic. At the start of the game you're able to choose a character from a small selection with each performing slightly differently. As you battle forward in levels you can collect some powerful throwables or even temporary stronger weapons. This is paired with other items such as food for health. For the most part Wulverblade handles well though I did have some parts where the animation would get stuck performing too long and not switching viewpoints fluidly. This often caused a hit against me which can be very bad here. The game is rather brutal on normal difficulties with checkpoints being few and some levels having you restart the entire thing which gets annoying. 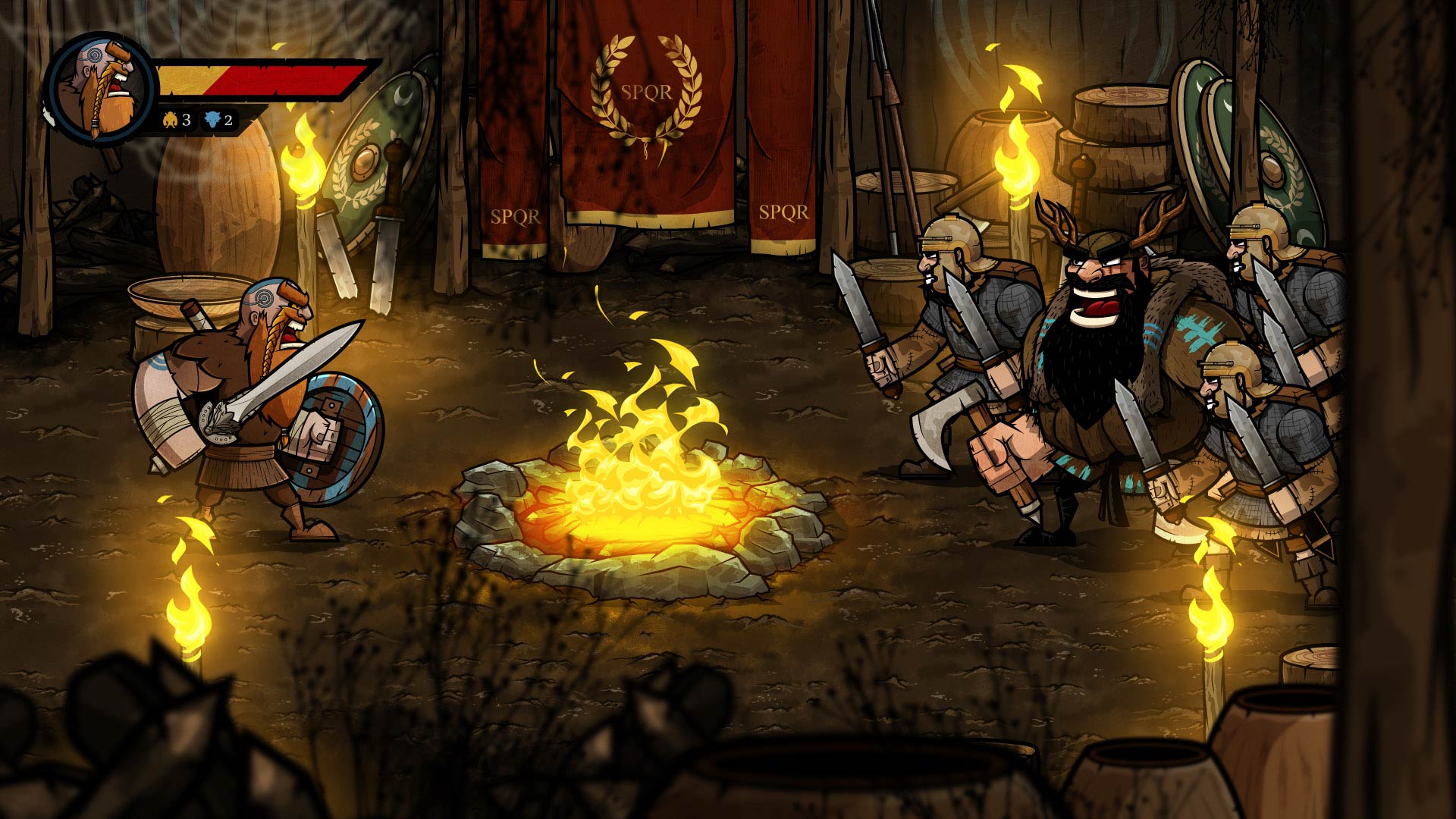 Wulverblade is a great game, the lore and historical elements were well delivered. The campaign was exciting and challenging, yet it could be rather brutal with its checkpoints. The bosses were all unique and there was enough variation within the enemies to constantly keep things fresh. The artwork was gorgeous and full of depth with so many smaller details. You could feel a sense of intensity within the visceral combat and the coop option was appreciated. I did however find the story somewhat short and I'm not entirely sure the arena will hold one's attention for too long. The arena is fun to play as you battle waves of the various enemies, yet I can see it getting repetitive. This is certainly a beautiful game and Wulverblade was an enjoyable time despite the intense difficulty present.