Railway Empire is a train simulation and management game that takes place during the 1800's. You're attempting to build an empire of rail across the United States by taking on all the key areas of land across the country. This is accomplished in a number of ways depending on how into the whole technical aspects you are. There are options for those that want a serious simulation and some more fun ones for those that just want to build some train connections. The first core area is the standard campaign that carries a selection of scenarios to move through. This had a fair amount of content and was definitely focused on a hardcore time. The follow up that ties into that is the Scenarios area. Like with the scenario type mention for the campaign these are separate challenge missions that pick a point or situation for you to work from.

The free mode is an open competition I'd compare to the skirmishes of RTS titles. You set a budget, certain constraints and a number of opponents to face off against. The goal is to obviously win and monopolize the transit of trains. The final mode is the sandbox where you get an unlimited budget and get to do whatever you'd like with it. I found this the most fun as I didn't care too much for technical aspects while still appreciating the wide selection of options to play that were present within Railway Empire.

Visually the experience was quality and I was impressed with just how much zoom was present. Keep in mind that I was playing on a console so a management simulation game like this really doesn't come to the platforms very often. You could enjoy a far out zoom seeing small details or zoom right into the streets to see folks living their lives. There was a good sense of complexity in running the trains with the use of signals to stop issues, maintenance areas to fix the trains and restrictions on how one would flow goods. I still felt that they could have added something extra as I could imagine some late game situations getting a tad stale. You can also speed up the game, easily build tracks and throw together some smaller side structures. The tutorial could have been a bit better for explaining core aspects and I'd suggest just jumping in to learn as that's the best way here. 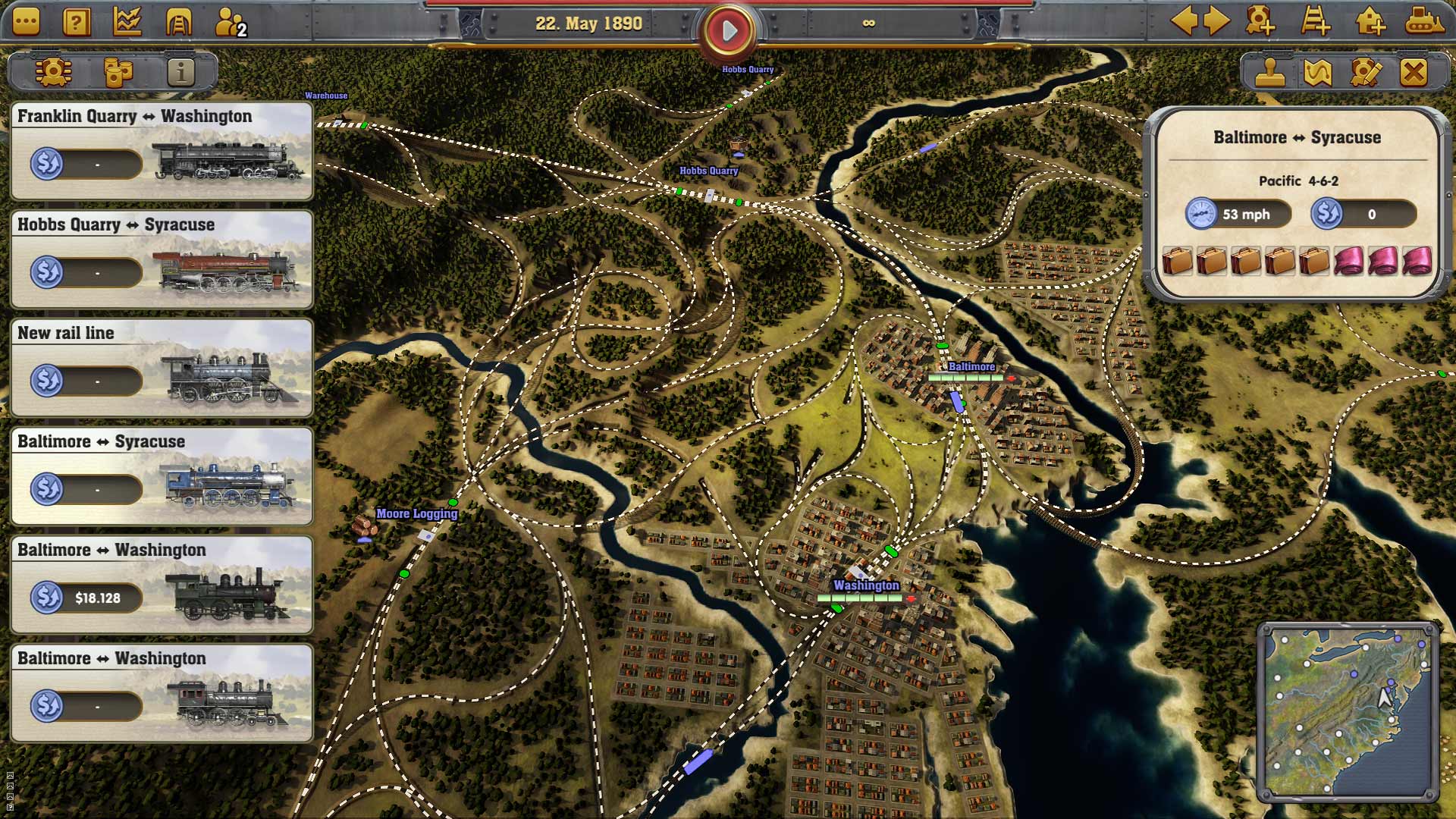 I enjoy trains and for the most part Railway Empire delivered a fun way to handle this type of simulation. It could have used some deeper complexity and more to do, but it's a fine time. There are options to challenge the more intense of players and some casual choices for those that just want to build train systems. There's also a neat option to ride along with your trains which is nice. Down there the visuals aren't fantastic, but not bad considering it's a small portion of the experience. I felt it generally controlled very well on consoles considering these games typically don't translate well. The game definitely has a bit of everything for what you can do with it. There are many trains, it's visually impressive and I liked the gameplay for the most part.