First of all War for and Fall of Cybertron were some of my favorite games of all time capturing the true essence of the Transformers universe with Fall of Cybertron being given Game of the Year from this site in its respective year. I can't honestly say what's more heartbreaking, them trying to connect this to those previous games or that this even exists as a full priced retail game. I have never seen such a hashed, copy and paste garbage game before. Taking levels, locales and places we have already been to slightly modify them in an awful fashion is a disgrace. The first level in I was already at disgust with the Michael Bay styled Transformers characters, along with the level feeling exactly like it was from the Dark of the Moon game. It just looked ugly and the design was terrible, this only gets worse as it progresses. To say this is playable would be of heavy dishonour to what High Moon accomplished in the past and once I saw the studio designing it I knew it was over from there. Stringing loosely together the Transformers entries of Cybertron with the new movie we have this plot that makes no sense and doesn't add to anything we have played before. Apparently this was supposed to cover all aspects of the Transformers universe and the majority of it is in places that we have already been, on Cybertron. There's like a tiny portion even played on Earth and those parts were just the worse. I have no idea how you make Bumblebee; Grimlock and Optimus boring characters to play as, but they did it! Grimlock looks like an abomination and has become a master chef harvester of Energon from small Decepticons. So back to the story about Darkspark and this no name in lore Decepticon now Mercenary steals this. Then we go back to Cybertron for some reason in another universe or something and nothing but familiar sites are present. The levels are really weak in design, almost awful in how they are setup. Some I believe are even straight up ripped from the other games to be slightly edited for this. The worst part has to be the difficulty spikes that are random and it's like they all split up to make differing levels to then put them back together at the end of the game. There's nothing unique about any of the characters you play as except for the big ones get more health, which was used to make playing as my favorite characters special. This campaign was filth, I was almost in tears most of the time as I'm a huge fan of Transformers along with previous entries. They scrapped the multiplayer from this game and gave us a shell of Escalation. A refund wouldn't even be just as an apology as I try to rid this game from my console. 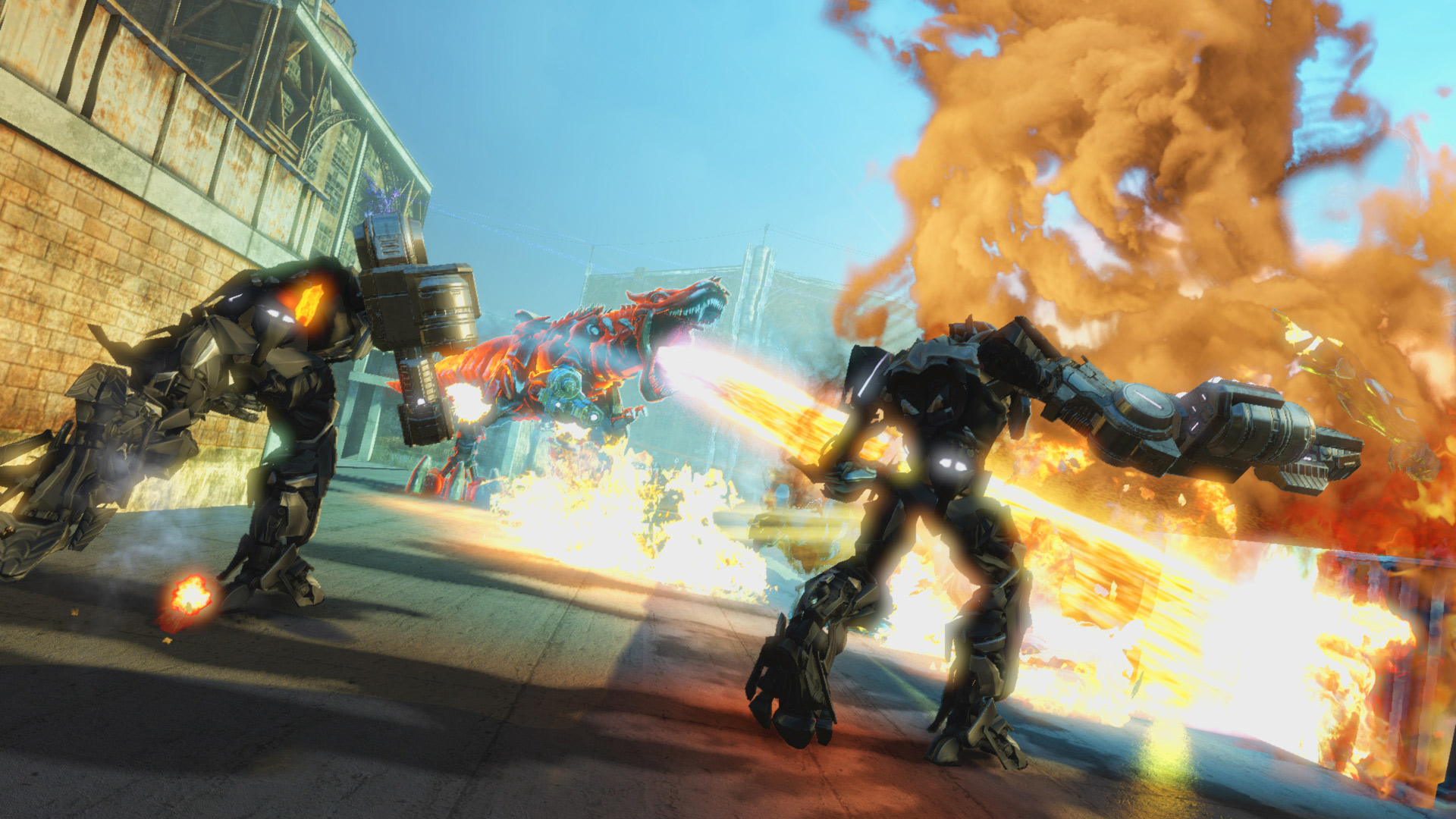 Escalation mode returns, no it really returns. Bringing back a bunch of maps from the previous games without touching them. That's not fan service, that is plain laziness. This Escalation mode is just a shell of what it used to be with some minor terminals to build up and just an awful coop experience. I even bonded with someone online over how bad this game is, that shouldn't happen. There's thankfully 15 waves though everyone is so homogenized it's like we're all playing the same character. Not going to go into further detail than saying this is where you get achievements before getting rid of the game.

It looks the same as the previous ones to fact I think we took steps back in graphics. The levels are bland, boring and hell. The AI fluctuates like you wouldn't believe and the end boss was just lame. I hope that this isn't continued, as the franchise as burned with this one. I mean, it looks and plays like the others at a base. It just strips away any meaning or unique play that the others did. I had crashes, enemies getting stuck on things and various other glitches. Even the level system which is neat and goes across the modes sucked, the prize boxes you get for doing challenges was just as lame. Not only did it always give the same crap, I had to wait for it forever to get that crap as the boxes slowly open. 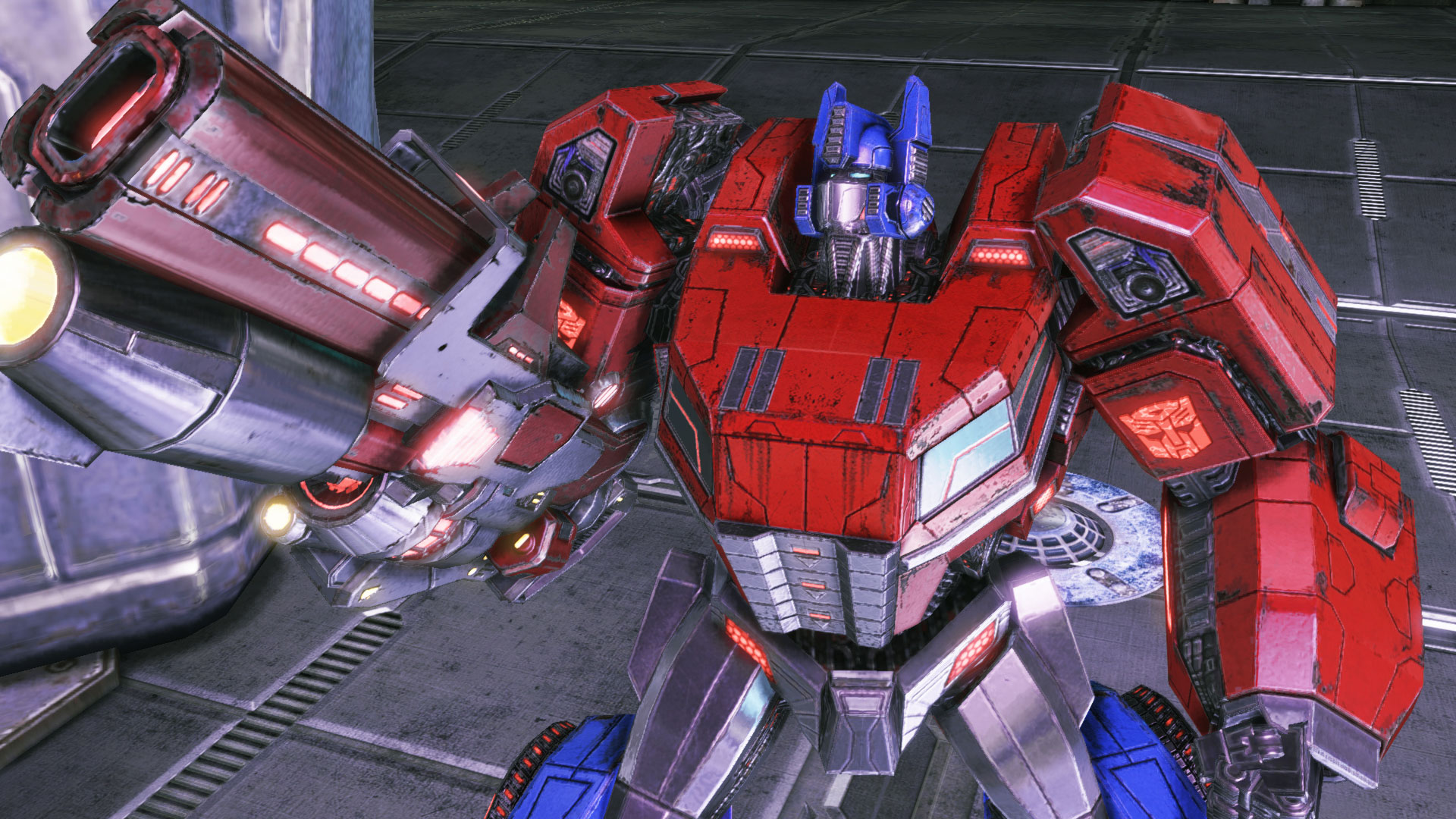 If you like Transformers or have fond memories of the other ones pretend this doesn't exist. In my mind the image of the franchise has been ruined for me, even teared up a bit at certain moments with how bad they ruined something I loved. I'm all like, it'll be an alright addition to the series. Though now I can see why this was all hushed up and rushed out there with no thought of the fans. Every character is bland, cutscenes are really meh and I feel bad for anyone that plays this. They could of at least created new places or had more lines of audio. No; you have not lost me Decepticon, I'm right in front of you. Just stay away from this game for the sake of your life, this damage really can't be undone and I'll be very cautious towards future titles. Somewhere the people at High Moon studios are vomiting at seeing what others did with their Transformers style of game. Grimlock barely even smashed...