Black Mirror is an interesting re-imagining of a much older title. It follows this one young man coming home after the death of his father and attempting to understand the secrets of his family's estate. This leads him along a path to understanding a sick and twisted history that has long plagued every member of the family. It's actually rather interesting, very dark and a nice mature title. That being said, it certainly lacks the polish to make this a solid experience. It plays like a classic adventure game where you're moving around solving puzzles, collecting clues and taking in the narrative.

This feels modern, yet very stiff with many character animations and the movement of the plot. There were some story elements that didn't make sense or actions that were out of place which somewhat harmed the area the game excelled. I was definitely into the story and it does provide well over a few hours of gameplay depending on how fast you solve things. There's a lot going on here and the game makes great use of a core space of the estate.

The sad part of Black Mirror is that there's a really solid game here and it could have just used more polish to reach that. The animations are clunky, missing parts and just awkward at times. The whole opening might throw players off entirely because it's very poorly done. The character models are fantastic with some decent voice acting, but the world lacks again polish. You can see holes in the world, the camera views can be awkward and the character isn't very responsive. The auto save points should have been better and I did experience crashes of the game. There's far too much loading present, with a couple long loading screens for a few second cinematic moments which is annoying. The puzzles are decent, nothing too complex yet challenging enough. You generally know what you need to do while playing and I liked the interactions between members of the family. 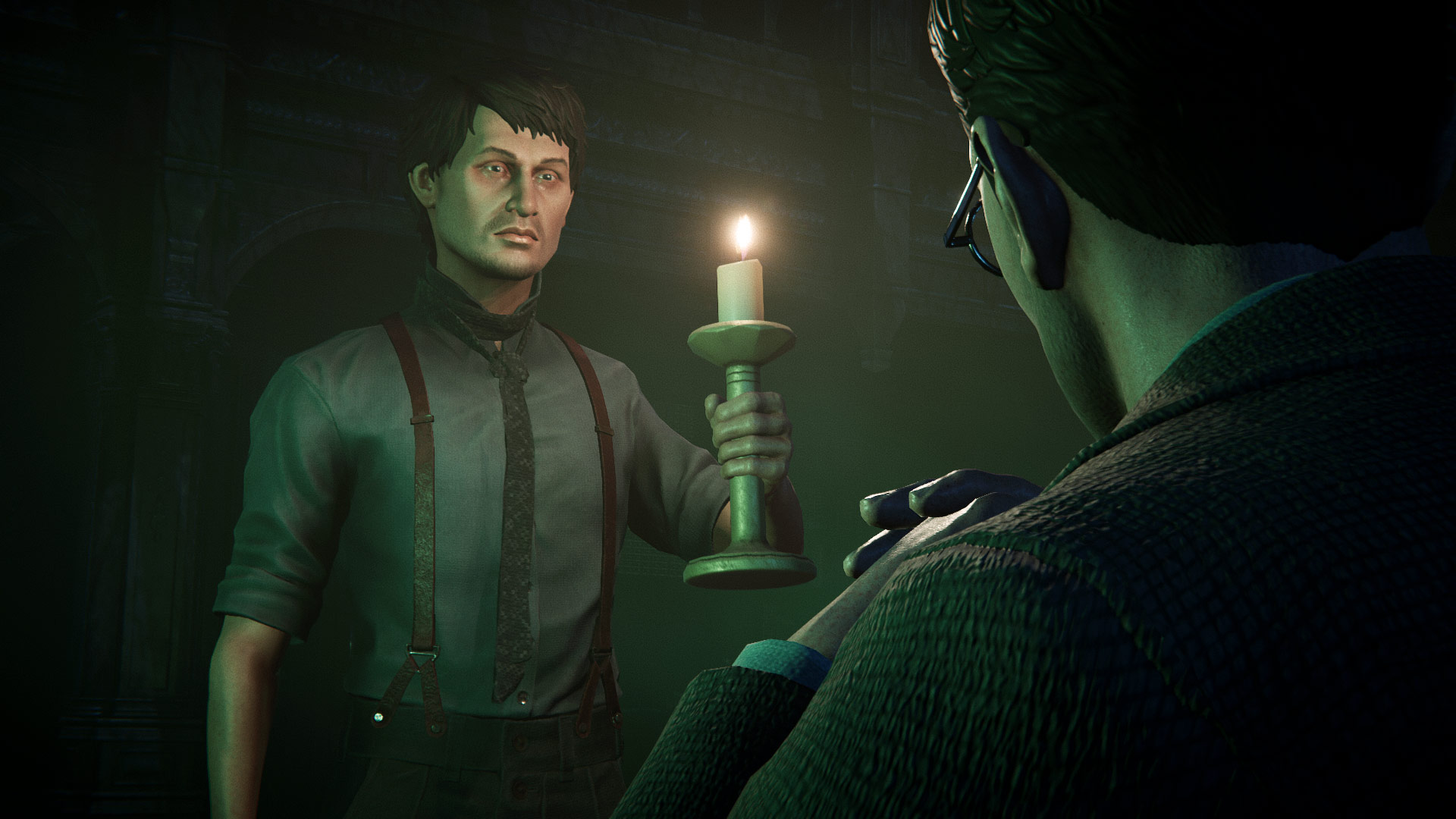 This is definitely a game I enjoyed playing, I just can't help but notice that if more care was placed in the game that it would have been much better. It doesn't have any crippling issues, yet many that hold it back from the true potential it has. The story was beautifully dark, and the characters were all well done. Some aspects of the story didn't make sense with certain character reactions to things and certain points though these are easy to overlook. The animations were very awkward at times, the world could have used some more fine tuning and the load screens were far too present. It's a definitely a decent experience if you overlook the issues and it would be nice to see more similar games in the future as the genre is sparse nowadays while being very rare on consoles.