This is a compilation pack that brings two 3DS titles to the Nintendo Switch for the first time. You get Azure Striker Gunvolt one and two in a single package. The games are bridged by a single menu, yet it's not easy to switch between the two requiring a restart if you want to play the other game. Not a big deal, but I like my collective titles to be cohesive. That aside, both follow the same narrative with the second being a direct sequel. Working for this special agency you're out to collect this special lady and everything goes wrong.

You blast enemies away in a linear set of levels that are moved along in their narrative with voice over. There are many levels and hours of content between the two games in an epic story that leads to multiple endings in the second title. It contains some interesting characters and their interactions are part of the strength with what's going on. This is all set against an exciting cyberpunk backdrop so expect a wild array of mechanical enemies and a vast cityscape. Other benefits of the pack include all the DLC and an improved one screen layout.

As mentioned this is a linear experience with voiced audio for multiple languages including English as well as subtitles. The option to adjust either title's language can be found in the core menu prior to starting either title. The game is smooth to control as you essentially teleport about blasting enemies or zapping them with the special tools at your disposal. You can play the game by just quickly moving by everything or tactically eliminating enemies along the way. There are some aspects you can upgrade while playing and the second game evolves a number of core elements. They do mesh well together however and there shouldn't be too much of an issue transitioning between the games. Both titles are presented at 60fps for a smooth experience in comparison to the 30fps on the 3DS. A neat extra detail is that you can scan in the Shovel Knight Amiibo for a special boss battle. 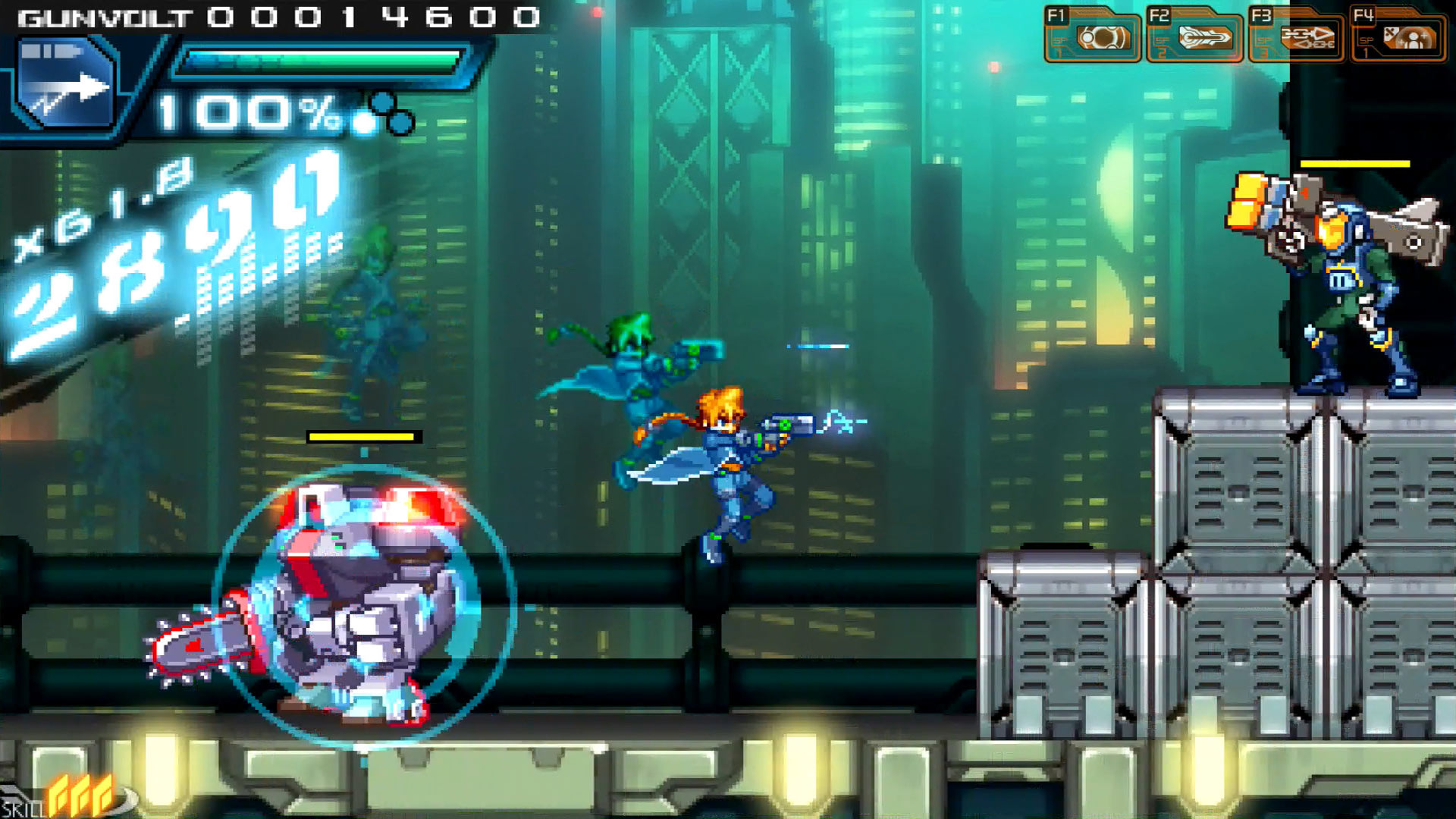 It's a solid pack if you enjoy the type of game or previously played the games on the 3DS. This is a nice collection for fans and probably the best way to enjoy the series while on the go. The visuals look solid docked or undocked and the pixel art work is very detailed. I liked the cyberpunk backdrop and the linear focus of the title worked well for delivering the narrative. Both titles are quite expansive and feature a number of hours of gameplay.