"Dance to the Max"

Dance Kids is an exciting rhythm based game where players take the roles of various characters attempting to battle it out on the streets. The straight up streets aren't the only venue, but you get the point there. Each venue has a selection of distinct level tracks and you work through the song gaining points while moving to the beat that's presented. The songs are actually quite great and the controls feel very responsive in how you react to the sound. Each track scores you based on your performance, though there really isn't a set way of going about point collection.

Obviously there are tricks to gain higher scores, but you can also just enjoy it and not be held back if you're not straight up killing it on each song. As you perform moves you'll unlock those cards for your breakdeck and there are multiple types of dancing to unleash as well. You work towards unlocking characters as well with there being a large selection of them. Aside from working through the campaign you can also do straight up battles for two players in local multiplayer. It's a fun extra mode if you want to show off your skills.

I really liked the distinct look of Floor Kids, the visuals are excellent and the artwork is almost sketch like which works well. The beat matches the action well and works towards making each movement that much more exciting. The scoring system was interesting, fair and rewarded players taking the time to get a proper flow going with their movements. I mostly enjoyed just trying out different combinations to the beat. The amount of depth and styles that are possible within the controls is fascinating. There were so many neat ways to perform various moves and the process behind that was very creative. Few games really take advantage of the finer points for controller input. 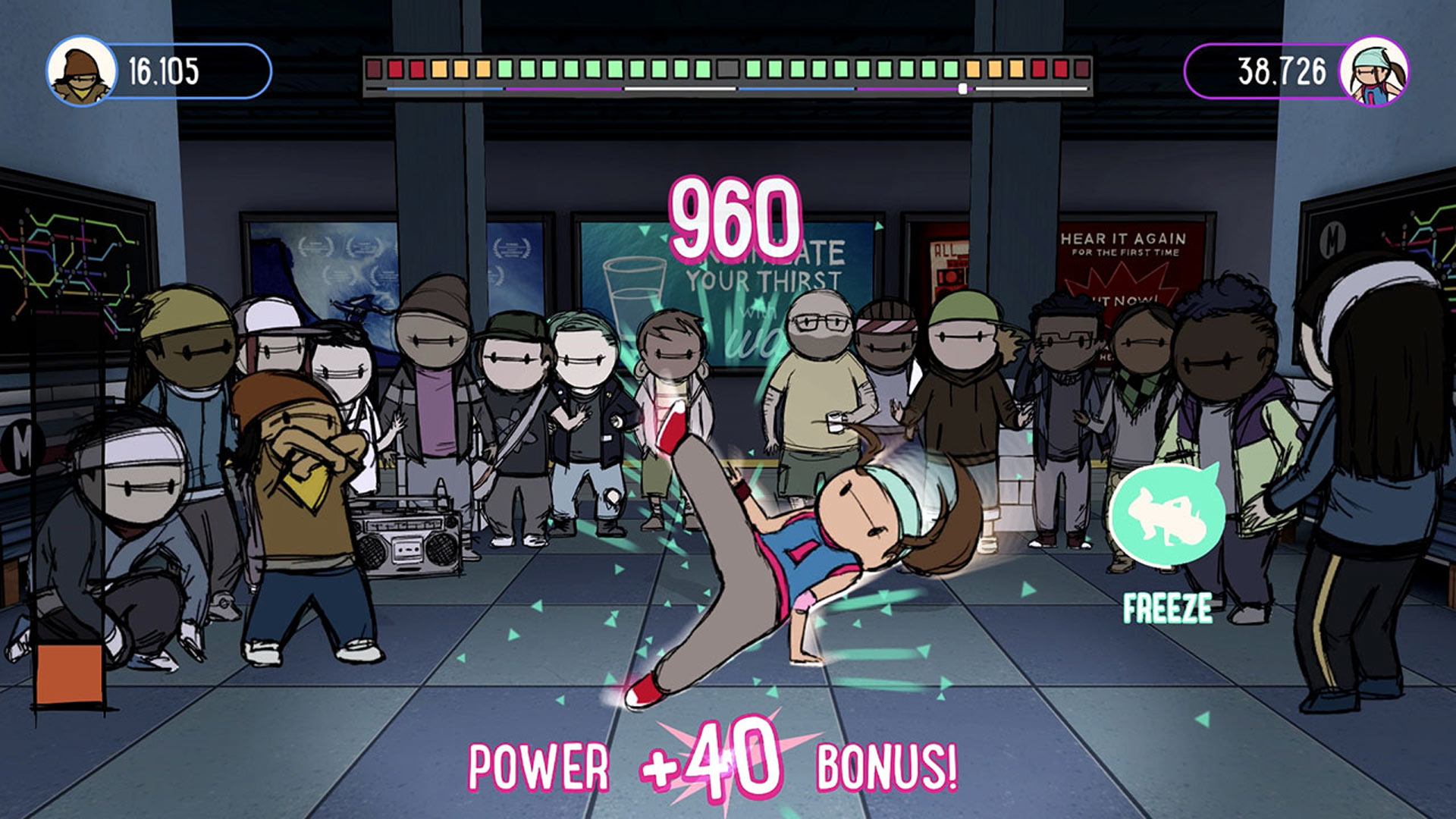 Floor Kids was a blast, certainly surprising as I wasn't sure what to expect upon initial viewing. It's a really fun game to play with many interesting moves to pull off. The music was great, it flowed well with the moves you could unleash and the graphic style put it all together. The artwork was really excellent here and it makes the game stand out on the platform with its distinct style. There's a solid amount of content in the game and it works fantastic whether you're out on the go in handheld or docked at home. This is a very unique game that feels fresh, fun and stands out from the crowd. It's a great rhythm game that provides a different feeling while also being exciting to play.