Star Ghost is a simple shooter that takes on the form of a Flappy Bird style for its gameplay. You jump into a match of randomly generated sequences and then blast away enemies. There's a nice sort of nuance to the style of play once you get used to it, but it does feel rather simplistic and lazy. I'm not saying any quality of the game is lazy, it just gives that feeling since you're just bobbing along casually while destroying enemies. With that you attempt to blast away waves of enemies that appear on your path to the next main marker. Here you're able to grab some limited time upgrades and take a second to relax before slightly tapping along the path once more.

The levels vary in complexity, but it's all rather straight forward being mostly empty space and occasionally some rock spots making it hard for you to progress. There will often be asteroids popping in or an area of distinctly placed ships to take out. I found there to be a decent variety of enemies here though progression is rather slow. You die a lot and then restart with nothing, not particularly a type of atmosphere I'm fond of. It can be aggressively difficult once you get a few level areas in and then it's just nothing once you get destroyed.

Visually Star Ghost looks nice, the visuals pop with a bright selection of colors. There's a decent amount of upgrades to encounter and how long you have them is easily visible at all times. This is followed by the sleek presentation for all HUD elements. It looks great whether you're out on the go or when you have it docked which is a nice surprise. It handles fine and once you get used to the laid back movement system is flows well. It just doesn't feel too dynamic by locking you on this sort of possible movement though there is some freedom once you get used to floating about. 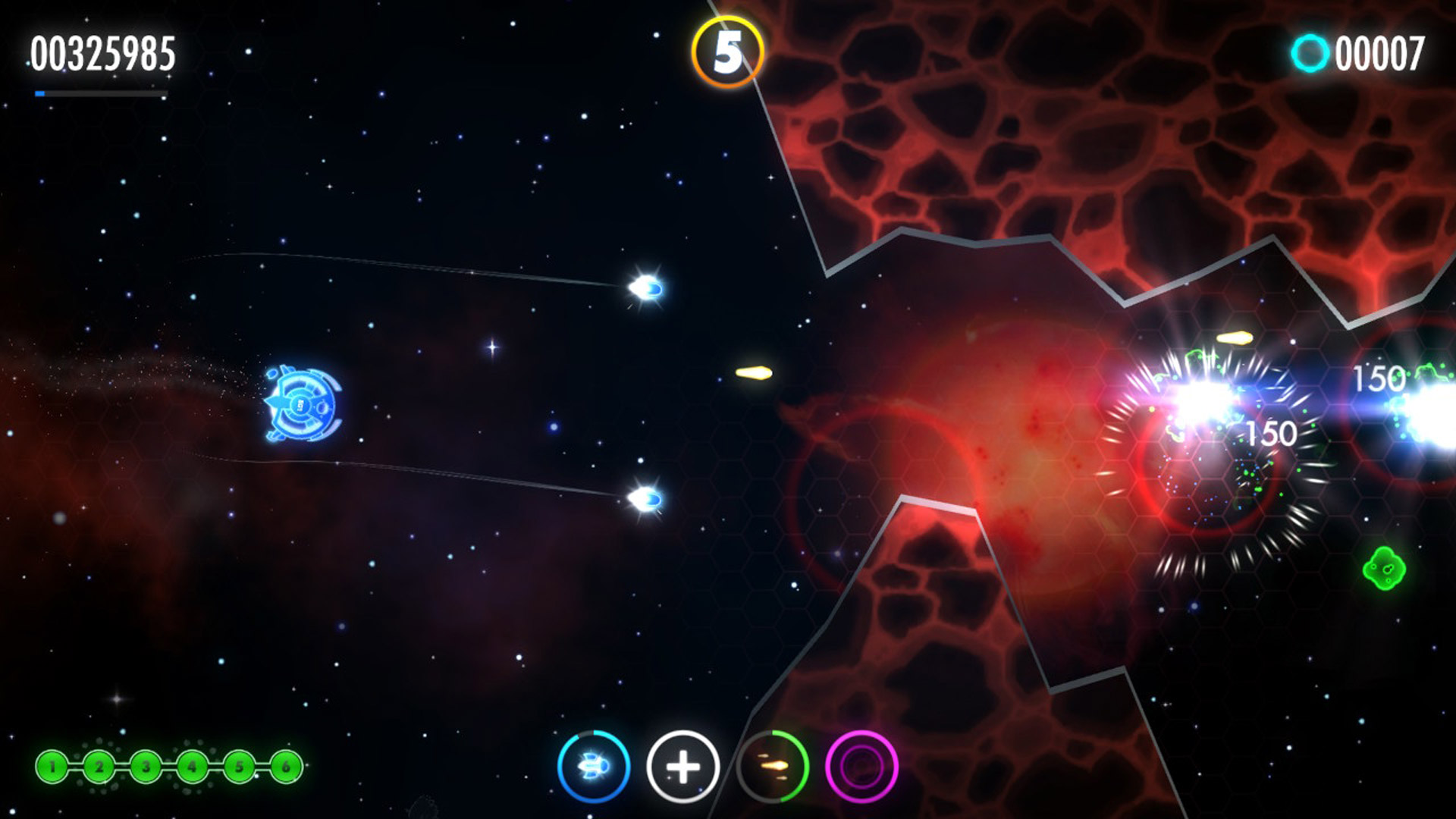 Star Ghost is a fine game, the variety of level content is solid though that's all there is to the game. It doesn't have any additional modes or a way to brag about your scores online. You just sort of run through the levels and eventually die, I don't entirely find that too appealing. It's a colorful little shooter and it does most certainly play in a unique way. It's fine whether you're docked or on the go and is sharp on either. I didn't have too many problems with Star Ghost, it just doesn't seem very expansive and not full of modes or well general content as opposed to the solid selection of random level generation that can appear.