Slayaway Camp: Butcher's Cut was a huge surprise for me, I had no idea what type of game it was aside from the title and it was great once I jumped in. It's essentially one of those slide across the board puzzle games, but instead of solving things you're killing people! It's hilarious and very well done as you aim to eliminate all the random folks within various rooms. The game is split into just a ton of VHS tapes you can shift through for any killer you'd like. There's a wide variety and they all have different murdering styles to them. Each tape is stuffed full of levels to work through and each provides a different challenge for solving the puzzles. It grows in complexity and scenery, but you can choose to work through whatever. I definitely appreciated the variety that was present and it's a very fun game to play. It packs the content in with so many levels to slaughter within while also giving that feeling of a sense of accomplishment after you solve them.

Like mentioned, you slide straight across and then shift around the room taking out anyone. There's some strategy involved as some steps could put you out of commission or worse into traps. These traps can also be used against those you're trying to eliminate. These include things such as fires, heavy appliances or dangerous water. You will have to be careful against police and like however, as they'll get in the way. It's all about finding out what works and back tracking with the rewind option to find that perfect level execution. You're rewarded with gruesome pixel based deaths and the visuals were awesome. It's fun, playful and still rather dark. 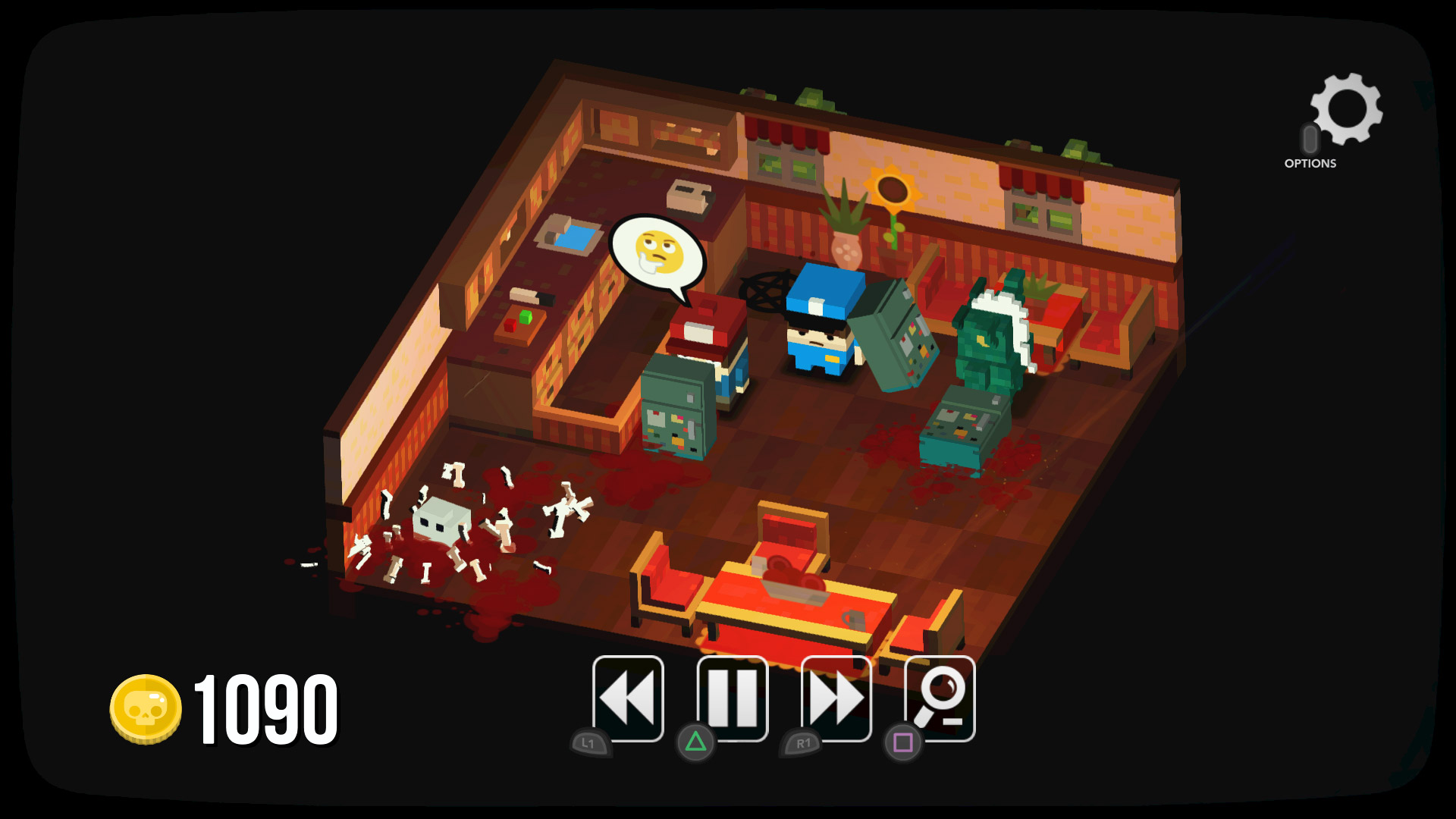 I was completely surprised by Slayaway Camp: Butcher's Cut as it's just a blast to play while also being something challenging in the puzzle sense. It's not at all what I expected going in and it did provide a great time. If you want something darker for your solving desires, it's perfect. You get to take out a variety of poor folks that are chilling in houses, outside or across a variety of locations. Nowhere is safe from your ensemble of hunger killers and each brings somewhat of a unique style. There are tons of levels, a variety of executions and many differing puzzles to work through.