Deer Hunter: Reloaded is a puzzling release, it's empty and soulless. I don't see the point of it and those that like the arcade hunting experiences will particularly hate this. It's strange, beyond boring and just doesn't make any sense. You're given a random set of goals and what seems like a story is shortly abandoned. You get to move across these crappy and tiny little shooting areas looking for animals to kill as part of your goal. This opens up another small area to shoot animals and there are not many of these (animals or areas). It's horrible, the shooting is very arcade like and it almost put me to sleep waiting to find things to kill. There's a decent selection of extra items to purchase once you do kill things, but that's the only highlight here.

You move slow, shooting is slow and it puts you to sleep. The visuals are not great and the scenes you set up in are tiny. Many angles of creatures are blocked and it blows for the most part. It's awkward and just a pain to play. At times the far distance would just not load in leaving empty white spaces with floating trees and animals. Other than that, gameplay isn't engaging. 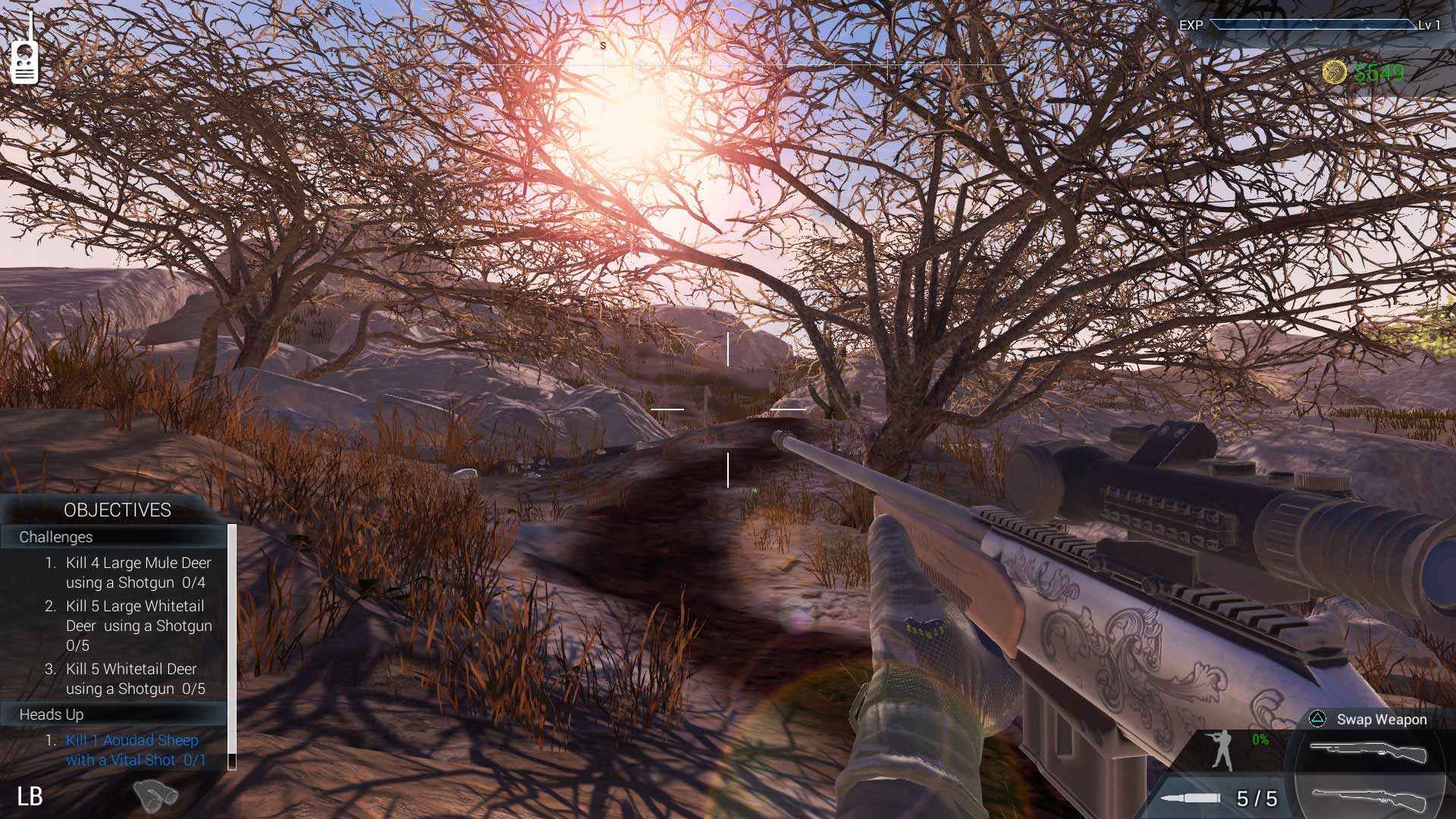 It's hard to write much about the game since there's hardly anything to it. I try to find the good in some games, I really hunt for quality features and there isn't anything here. It feels archaic, it's awkward and slow to move with the shooting being a pain. It tries to be a shooting gallery without anything that makes the shooting gallery interesting or even engaging. There's no content to it aside from the tutorial and the missions are random shoot things if you can find it. It was hard to keep awake while playing and I desperately tried to move through it quickly to realize there's nothing to it.