Skyforge is the latest MMORPG to land on Xbox bringing with it a well refined and fairly expansive experience. The core concept that makes this title stand out from the competition is the focus on action based combat. The story is rather sporadic lacking focus and that's very apparently only a few levels in. At the start you're welcomed with a couple really lovely cutscenes, some rather stiff voice acting and an intense opening. From there you just battle along a chain of almost completely independent levels. The tutorial is lengthy and doesn't really cover anything aside from combat. It is a generally confusing game to get into as it's complex and doesn't display all its information in an easily understandable way.

Missions for the most part are entirely linear and small taking around 15-20 minutes to complete. A few players can work together, but it's hard to find others to play with. You're able to find others somewhat, but that's only a random search for an in-progress match so that's disappointing. The story is hard to follow, it doesn't make any sense and you're just fighting enemies along a path. You'll occasionally run into a boss and just bash them down like everything else. There are raids to take part in and some large open worlds to explore. These open areas are rather hidden until you end the long tutorial, but you can search for them at any time and they're nice free areas to do minor quests or tackle enemies. They should have had it set where you walk through these to missions, would have been way better. 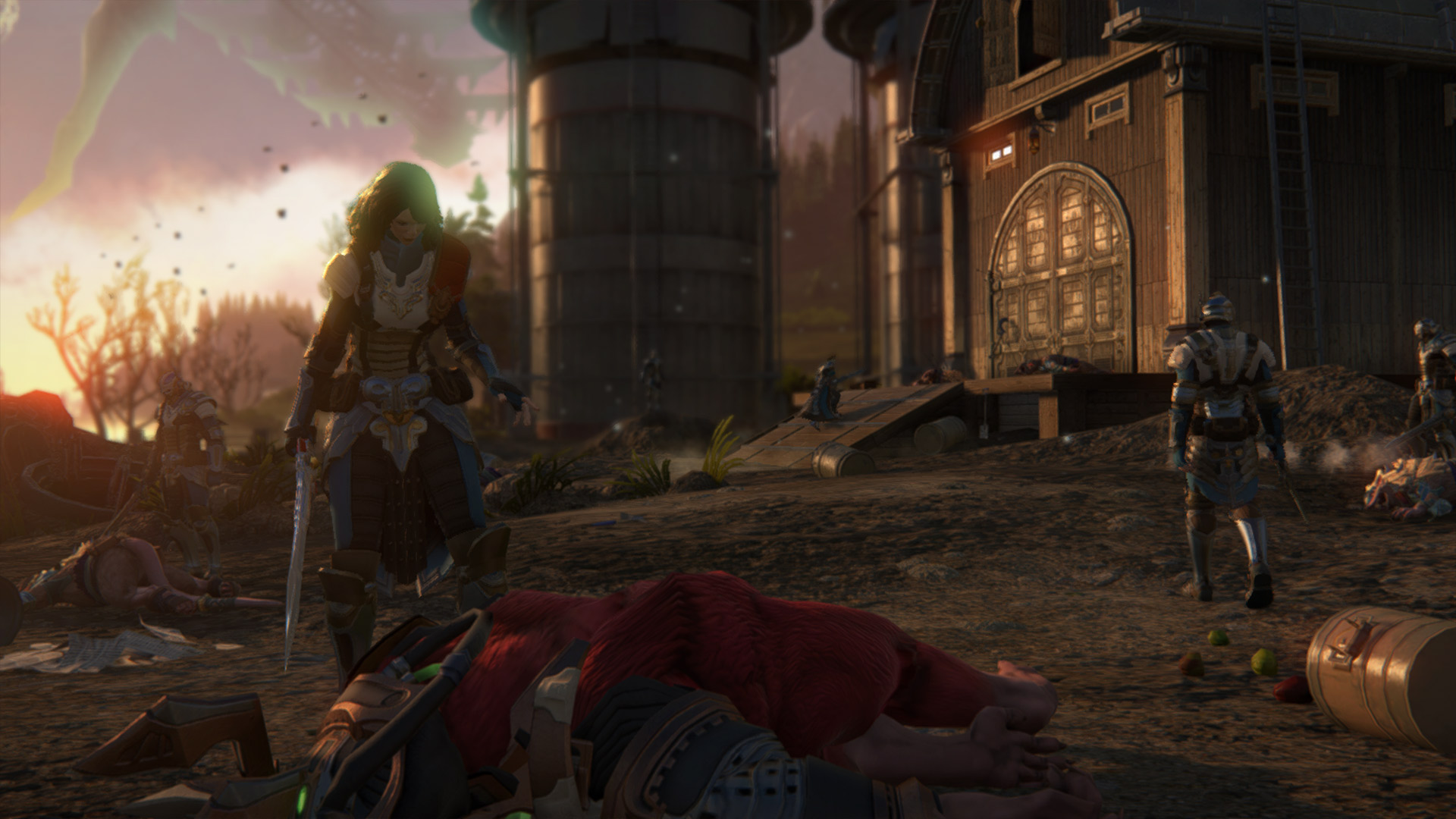 Work together during raid and grouping events which are large scale and lengthier battles, those with MMORPG experience will most likely know what these are. Those that aren't sure, you'll have to play it a fair bit for these to come into effect for you. They actually have a fair set of group based content available, but it's unlocked over time. The other components of multiplayer aside from being a few person party are all PVP. The matchmaking is fine for the most part, matches don't take too long to find players and don't seem to have any connection problems. You can battle with a team across a number of select modes. There's large 10v10, 5v5 or some smaller numbered variants. Battles can be rather intense, yet I found things mostly one sided. The combat is wild since health is so high you're never sure whether you're inflicting high amounts.

Skyforge looks fairly good, I was impressed with the visuals. Levels carry a wide selection of enemies and they're always different as are the terrains you explore in every level. Bosses follow suit always being unique and with this variation of content that's great. The worlds are tiny for the story, but the open world areas are quite vast and filled with things to take part in. For the most part it ran well, but then again I have been playing off the Xbox One X. I don't imagine there being problems with how it's setup and ran, but I could see more intensive areas possibly causing a problem. The visuals are also a treat during combat with particle effects and attacks. It can feel like a hack n' slash at times though they adapt the attacks to the controller quite well. I liked the mount options you get in the game, but they're used rarely so I suppose they don't matter too much. 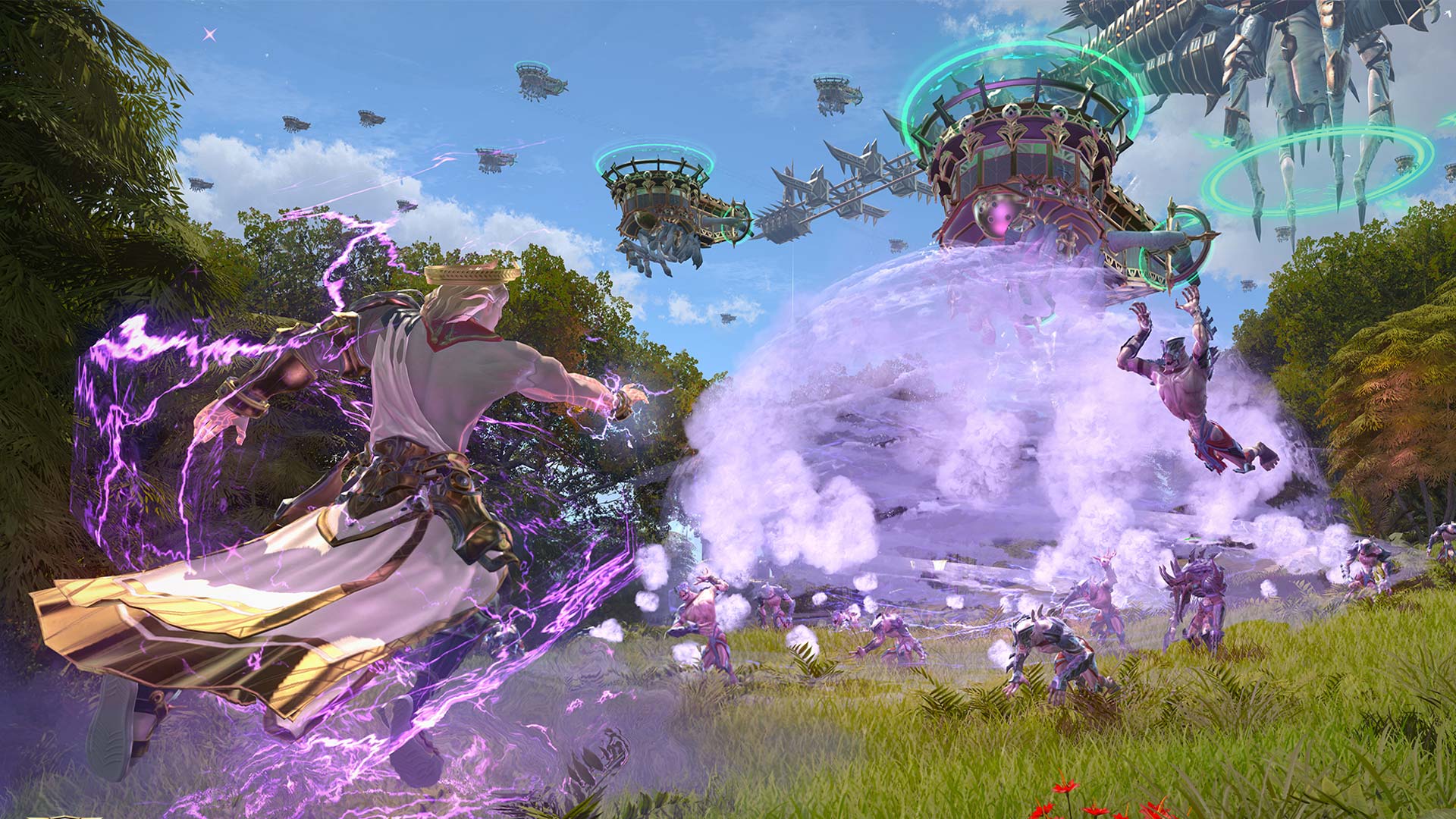 The menus could have used some work as while they're minimalistic, you constantly leave them all just trying to back into the core area. The amount of content in them is overwhelming and nothing is truly explained. It's hard to understand what armor is better with only a minor indication telling you to swap it. You get a variety of classes which is a key point for the game, but most are locked right away which is disappointing. You can however swap on the fly and that's nice, no need to create multiple characters. When in combat I was also a tad out of it considering how high levels of health everyone has, takes away the sense of actually doing damage.

A lot of the time while I'm playing Skyforge I'm not sure what I'm doing. The missions are basically just a random series of linear levels that feature lots of great variation. The story doesn't make sense, the characters aren't too engaging and it comes across as average in that regard. The menu seems slick, but it's confusing and I can see many not sure what's going on despite the lengthy tutorial you get. They hide a lot of interesting features such as the open worlds and the matchmaking can be slow or well non-existent.

The PVP was alright, but left something to be desired and it feels typical for a MMORPG. The combat was mostly fine, the classes seem vast and varied while the controller works well here. The worlds look great, the characters are well designed and it can be a fun time for a group. I also had access to the high tier and it seems to mostly just grant massive credit bonuses. I'm not too sure how this will factor long term, but some aspects of the game may take quite awhile to work through as I was getting 200% bonuses on things such as credits for completion of tasks. Skyforge is an alright game and as a free to play it's worth trying to see if it's for you. I just wasn't too blown away by it as everything felt so random, there's a lot to like and perhaps many aspects to dislike or not understand completely.