An interesting remaster, de Blob returns with some minor improvements bringing the game to modern platforms. The evil INKT corporation has decided to ban color and remove it all from Chroma City. This prompts de Blob to jump into action and you play as this funky character to brighten up the city once more. The narrative is really light and for the most part it's just about liberating areas of the city. You go from place to place coloring the city with paint and then progressing past gates. It's all about scoring enough color in order to open a new gate and therefore a new area within each level.

This can be achieved by straight up coloring areas or by completing the simple set of challenges on each level. It all sounds rather simple and it definitely is. This game is great for the younger audience and honestly with the presentation the game provided I had a decent time. You start levels by picking a musical theme and that vibes with the coloring very well. It does have a solid amount of content within the story and you can go back to do a free play painting to go grab collectibles or such within past levels.

It's a simple game of walking around, splashing things by touch and then moving on. There are some complexities to it as you hop on structures or take part in some blob body launching platforms. It's mostly about moving around, hitting the color objects and then implementing that when needed. Music backs it all up with various themes which is nice. There are multiple colors, they can be mixed or erased by using the water. There's a decent selection of colors and it's great to see the world become vibrant after you've been working through it. You can also save folks by collecting them after the completion of a city block and this adds to the time. An interesting mechanic for a challenge, yet odd and perhaps frustrating for younger ones. Each level must be completed within the time given, but you can easily collect more by doing tasks such as what was mentioned. 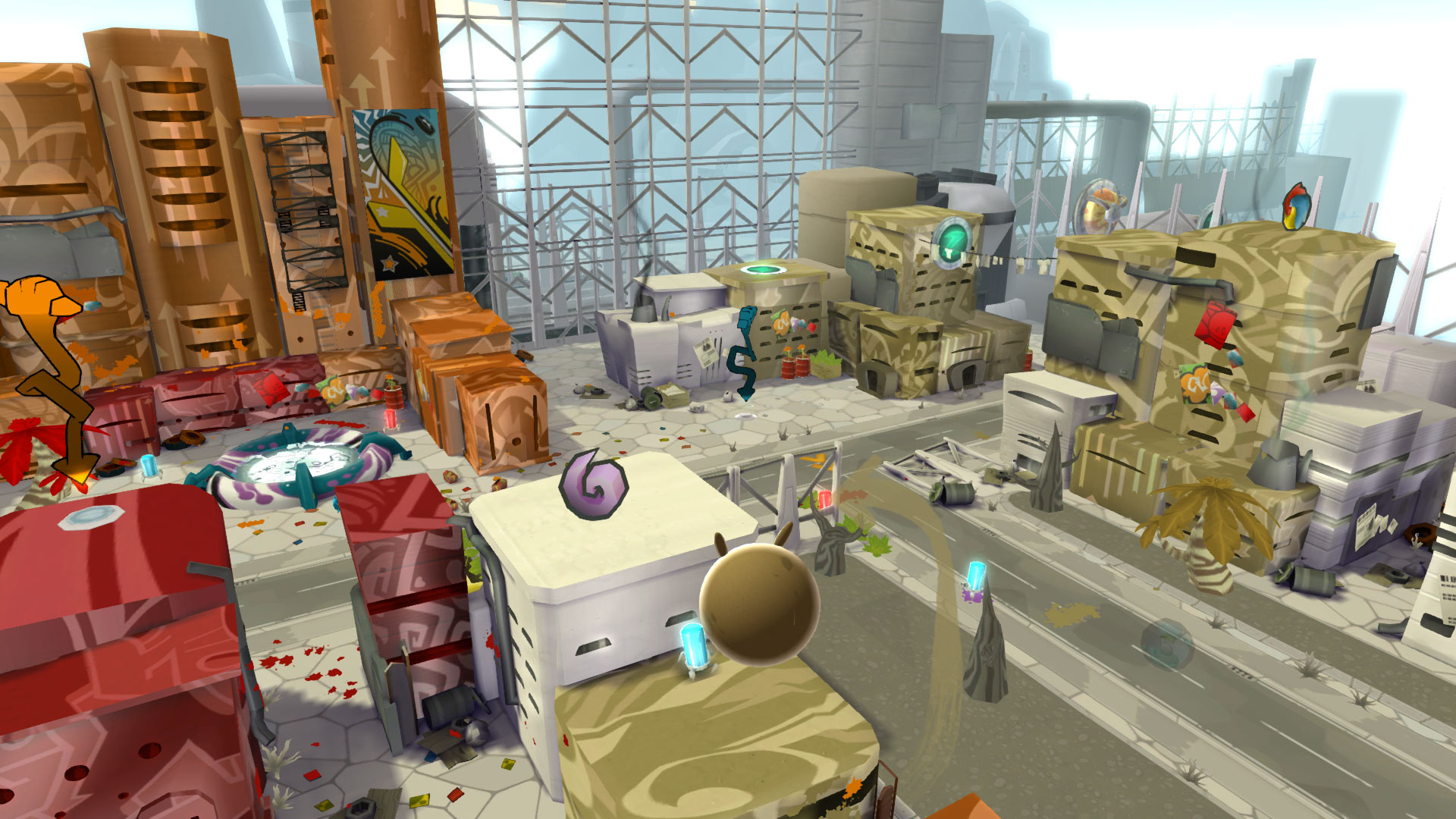 This was an alright remaster, I think it was more less about just getting de Blob on current platforms and that's fine. It all runs fine, looks decent enough and has a fun set of colors to it. The concept of the game is interesting and I feel the younger audience will particularly enjoy this game. There's an alright selection of content within the story and for those that do the collecting, they are many collectibles along with tasks present in levels. It's a solid time to work through and I enjoyed it for the most part. You can find enough of a challenge here, but nothing too difficult.