Squareboy vs Bullies: Arena Edition is a really standard beat 'em up brawler game. You basically go from stage to stage beating up these bullies while on a quest to deal with the worst of them all. This provides an actual decent quantity of levels with multiple stages to each and there's some solid content here. The story is rather light, but that works for the type of game it is. It's not particularly difficult to work through, but some challenge can arise and it would have been nice to have some better check points present. Aside from the campaign there's also an arena mode present for some extra battling options. It's not entirely large of an experience, but of solid length for the younger audience it is targeting.

The game features very simple environments, but they're all fairly well detailed. Little bits of graffiti are visible or general cracks within the various textures to make it seem more natural. That adds a nice quality to the simple look and that presentation works well for the type of game it is. The combat is simple as you just walk around bashing enemies or occasionally picking up an object to battle with. The enemies come in a variety of forms and there's some decent variety there. The game can be played in solo or with another player in coop. The cooperative action is actually fantastic on the Nintendo Switch since you can both jump in from just a Joy-Con each. The button format works well for this and it's nice how accessible the coop option is. 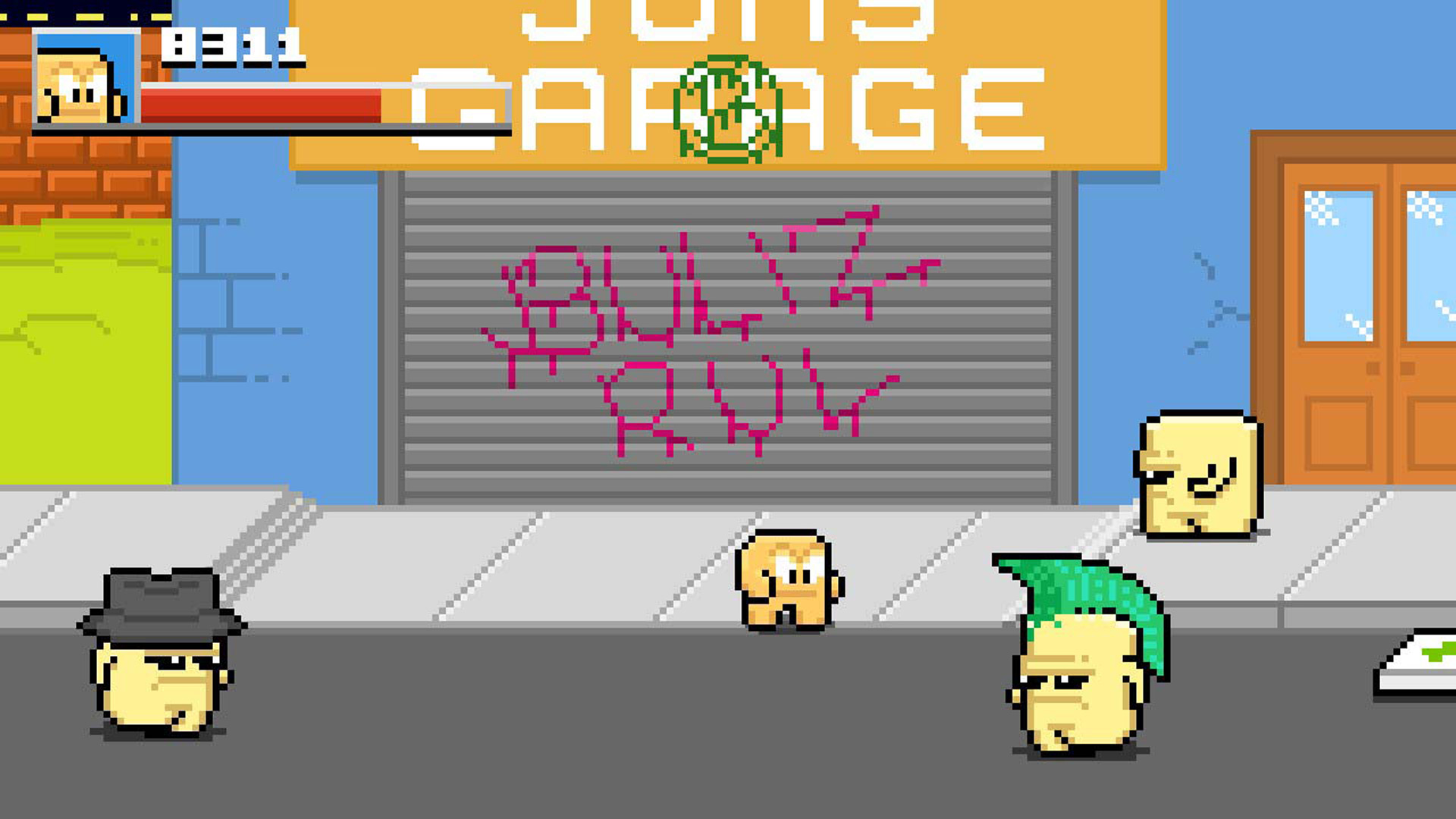 Squareboy vs Bullies: Arena Edition isn't too complex, but it can be fun and simple to play. This is a decent game for the younger audience as I feel they'll get the most benefit out of playing it. The story is basic, yet there with smaller opening cutscenes and that works into the bashing at a simple level. The cooperative option is great, it's nice to takes advantage of just needing the single Joy-Con set. The quantity of levels is fine and the game runs perfectly well with its basic combat system.