Bubsy: The Woolies Strike Back Review

I'm not sure why Bubsy was brought back, he was an odd character that was featured in a number of long forgotten games. I'm not at all against seeing old characters return through remasters or new releases, but they should at least be decent attempts. What we get here is a selection of short, sporadic levels that don't really have a point. There's no length to the campaign and that's all this game has to it. You basically hop through just over a dozen short levels and that's it. Most are just these large scale areas that I would consider a mess since they're stuffed full of random crap. This includes weird yet constantly the same enemies, yarn balls and a couple collectibles. Aside from straight up weak platforming, the occasional boss fight comes in and these are really not that interesting. There is some sort of theme to the areas you work through and the world map showcases that.

It's a very bland, ugly world that you essentially just hop through. There's no difficulty or challenge to the platforming and it's purely boring. The backdrops ranged from drab to very poor as you ran by them. Levels are open, yet they feel entirely empty since they're stuffed with random items instead of having any focus. It just seems like there isn't much to the game in general. Bubsy spits out random audio lines and I still don't have any idea who this character is or what motivates it. The enemies are as bland as the character walking slowly or floating around in place. 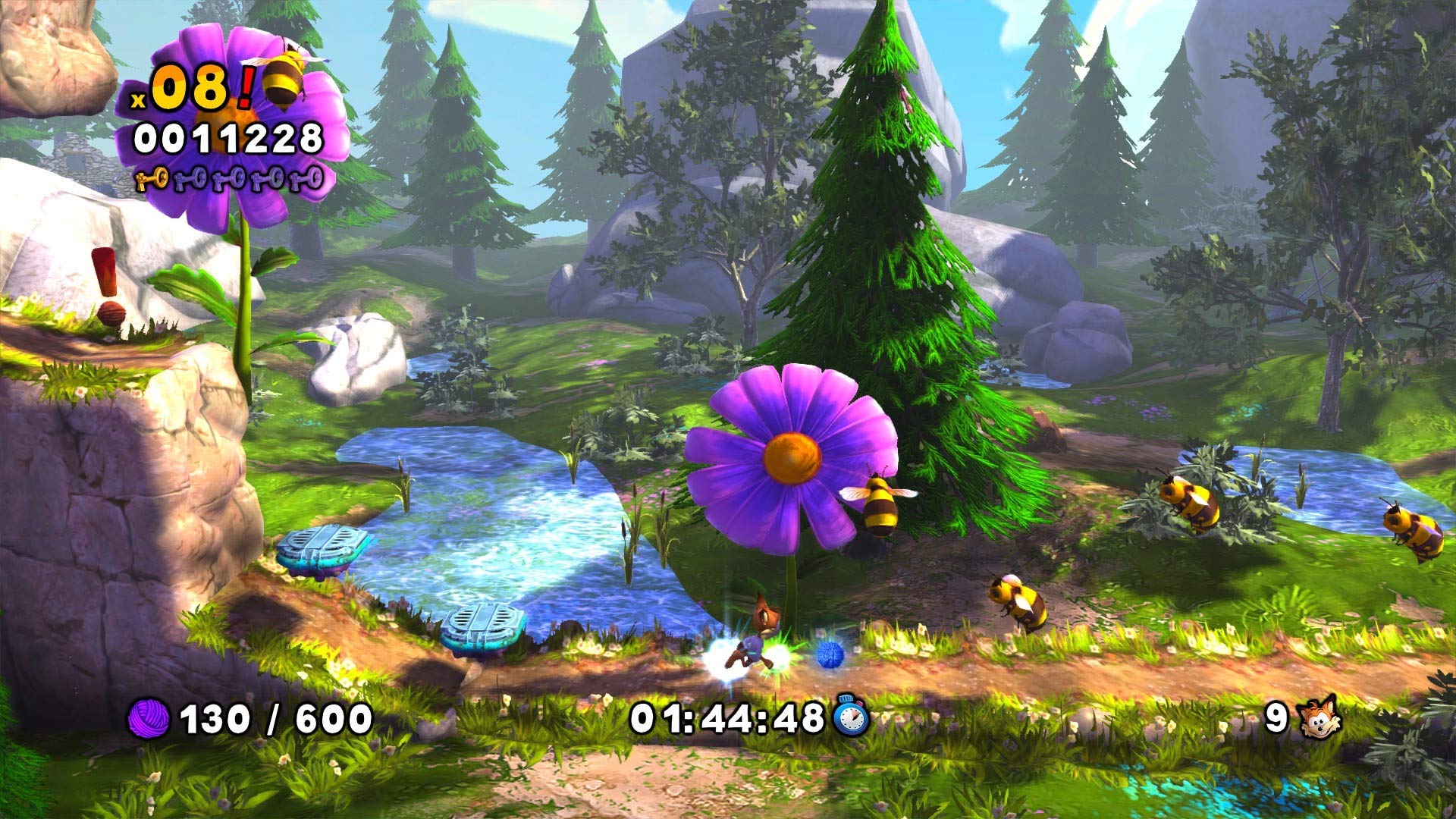 I'm not sure why anyone spent the time to bring back Bubsy, especially considering how awful this attempt is. The story isn't well developed, I didn't care for the character and there wasn't any personality there. The levels are few, the actual run through of each is short and they feel bland. Aside from the main levels being short, there's no additional content or desire to replay any of them. The bosses weren't entertaining or interesting and the stuffed with random item levels weren't any different. I didn't see a point in this and it's a waste of the hour or so it takes to run through it.

Bubsy: The Woolies Strike Back Review on Playstation 4
Review Code Provided by Ubisoft