Fractured Mask marks the middle of The Enemy Within, this second season of Telltale's unique Batman effort. With this episode Catwoman returns giving us a renewed look at the dynamic between her and Bruce. It's actually rather interesting and somewhat realistic in the sense that few adaptations dive into this aspect. I enjoyed it in the first season and it was certainly nice to see that develop into the core narrative here once again. It might feel rather random or fast, yet it works well considering what's been going on and gives Batman a new possible ally. That aside, this episode mostly dealt with the growing relationships within the core pact crew and how Batman was managing his undercover work.

It definitely developed some interesting points for the last two episodes in the season and moved characters into new positions. There were some particularly intense choices thrown into the mix and I'm very curious for how those will play out. The episode had a nice sense of action with a balance of quick solving as Riddler continued to influence events and the pact crew grew restless. It's great to see a continued work on building the characters and I'm a big fan of Telltale's take on this universe.

This is definitely one of the better looking games from Telltale with much higher levels of detail and care in the world. It looks great while also having no stick out graphical issues in this episode. It would however be nice to see them enhance the title for the premium console since it could look sharper around the edges. For those unfamiliar with past Telltale series the games are a mostly cinematic experience with quick time events and a focus on storytelling. There are a number of new mechanics in the game such as combination movements when in battle or more in-depth quick time system. This includes things such as aiming with weapons, combining clues and control of tools. 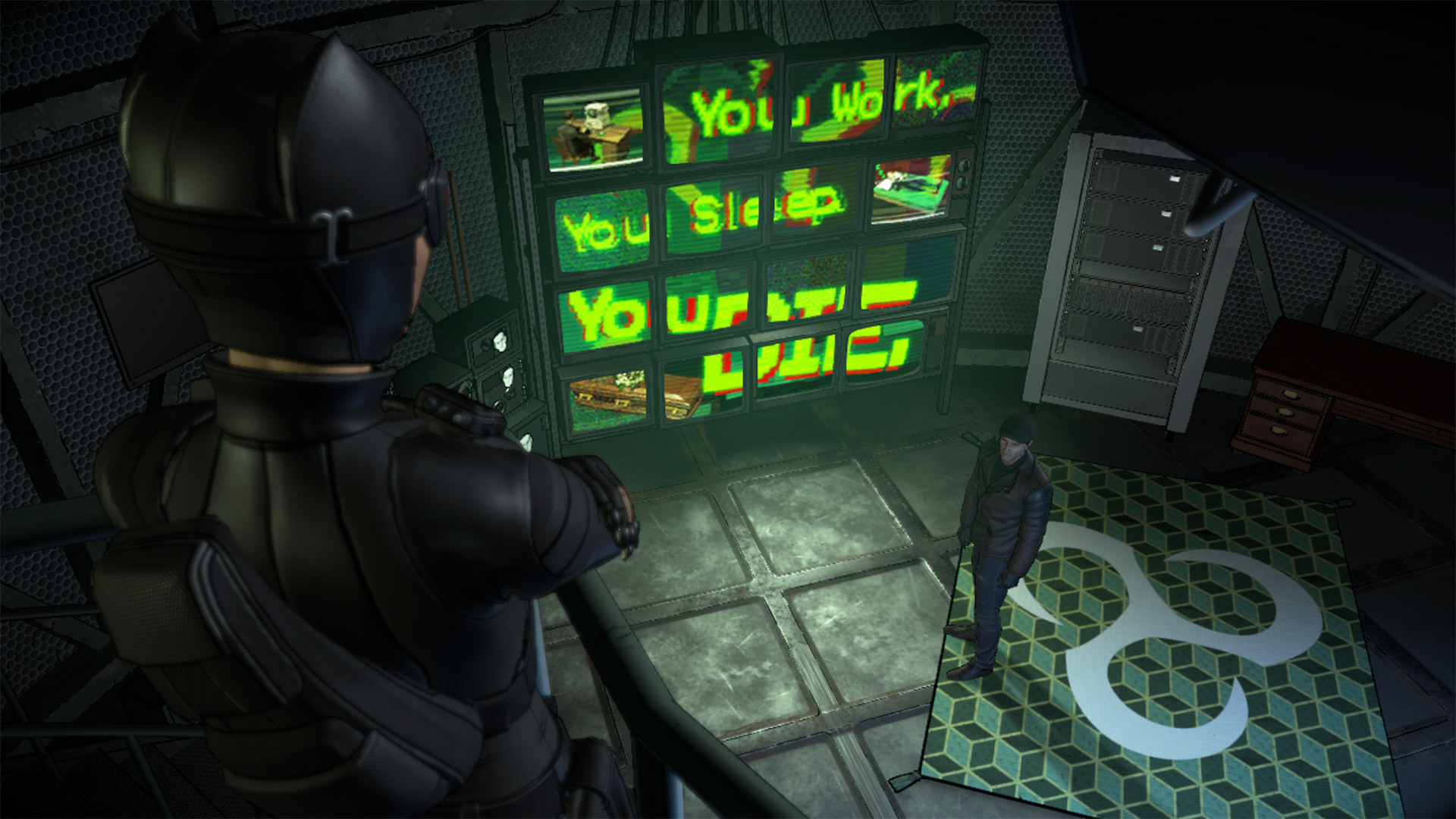 I thought Fractured Mask was another great entry in this second season. I'm absolutely loving what Telltale is doing with the characters and the further growth on Batman being more than just the suit. The dynamics of the relationship with Catwoman was solid and I'm very invested there as few Batman properties make it seem somewhat more natural. It's definitely not a fast paced episode, but one necessary to further develop the larger cast of characters at play here.

It's been a splendid time with Joker once again being quite something and the others of the team coming across as essentially wild cards. The choices were tense here and I was very hesitant on a number of them not being very sure how they would alter things going forward. Whatever the case, it's nice to spend some quality time with Catwoman, this completely different Joker and work towards getting other individuals in the roster to new positions.