Gear.Club Unlimited aims to bring a more professional realistic racing title to the Nintendo Switch and it largely succeeds at this goal. What players get here is a full 3D racing simulation that looks to Forza for inspiration while doing its own thing. It provides a lengthy campaign where you can earn three stars a race. These stars work into unlocking a massive list of levels and the quantity of them was rather impressive. As you unlock more stars you gain access to further areas, various environments and additional content. This includes an expansive customizable garage and a multiplayer type area.

The customizable garage was a great touch where you get to build your own work space. There are a number of stations to work towards unlocking over time and some decorative items as well. Here you place cars in stations to customize, upgrade or generally play with to make them your own. I didn't even think this type of thing would be cool, but I'd love to see other racing titles integrate something like this since it's so interesting and personal. The multiplayer area is basically a universal type race against ghost cars to post the best times. I was honestly a bit disappointed there as I would have liked to have actual online races. That aside, multiplayer is still available in an impressive up to four player splitscreen.

There's a plethora of cars present with many high class models. The game doesn't attempt to lock you away from any vehicles as all are easy to purchase with the quickly earned money you get. This is an aspect I didn't like, was that in there really isn't too much challenge. You can tweak the driving assists to make it harder, but I still would have liked some more set difficulty. I love to win at racing games without challenge, but I want that to feel earned or somewhat cheated through rewinds. With that, the rewind system is excellent and very easy to use if you do mess up. The cars handle well, look quite accurate and are well detailed.

The environments however range from alright to quite lacking in detail. They come across as very aged, but when it comes to Nintendo Switch that's somewhat expected as that power just isn't there. These backgrounds seem ambitious being large in scale which I liked, but the closer details such as houses, trees or the road could have looked better. The world is rather locked, would have been nice to see weather and the night levels didn't seem dark enough. I would have also liked to see some apparent damage to vehicles during collisions and some more dynamic tracks that were lengthier. The track list is massive and varied, but I still want to feel some longevity to races. Overall the game looks decent considering the console with it being particularly sharp and fantastic when portable. 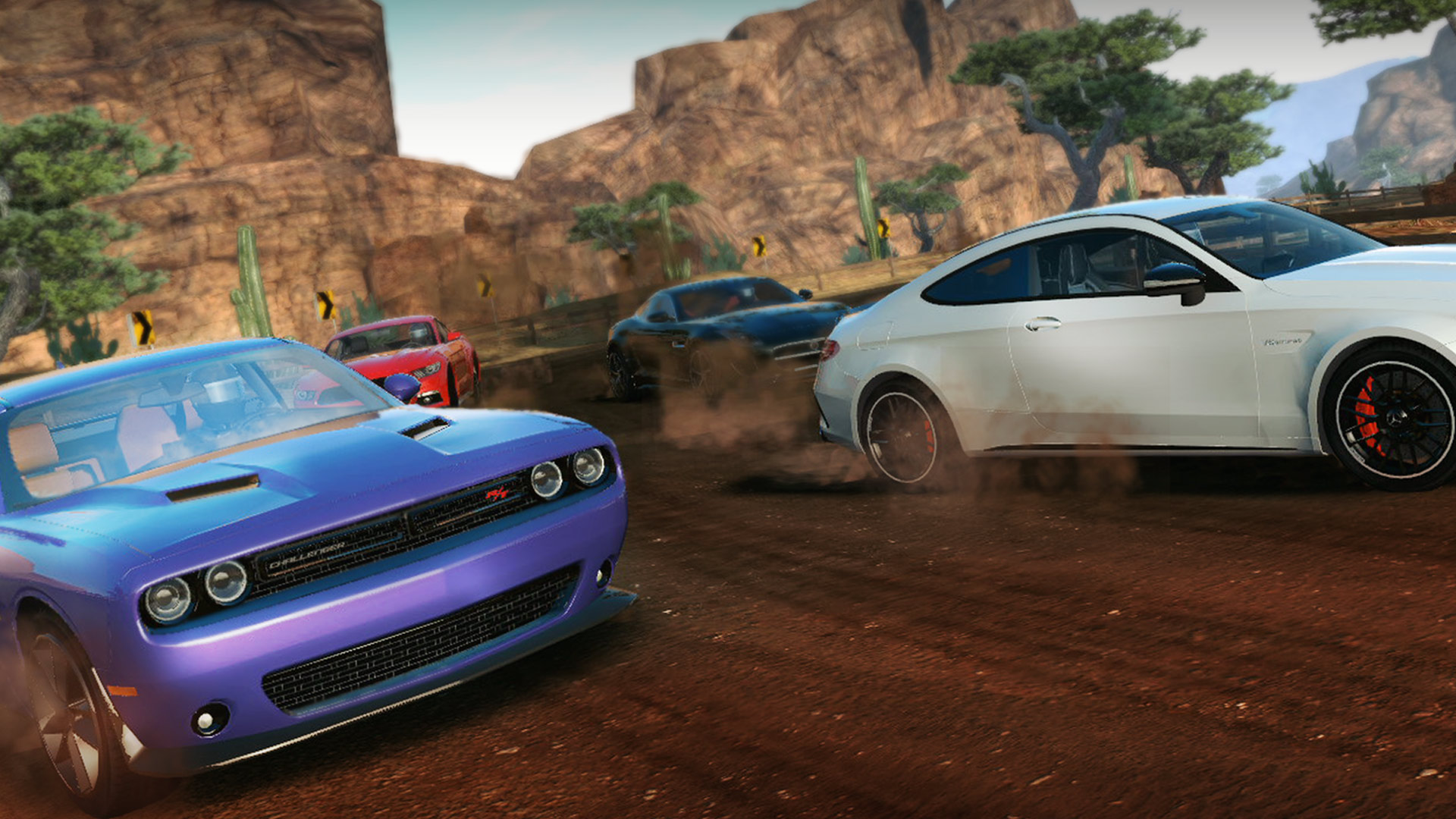 Gear.Club Unlimited is really an ambitious and solid racing title for the Nintendo Switch. It's certainly a strong first effort on the platform and I hope they build from it since this is as intense as racing gets for the console aside from fantasy karting. I would have definitely liked to see a free play option since I love to just race but the campaign is quite accessible. It would have been better to get an online multiplayer against others as I don't really care for the component they have now.

The four player splitscreen is heavenly for those with friends and makes perfect sense on the platform. There are tons of levels, a solid selection of cars and progression isn't ever halted. It could have used more difficulty, yet I can see many just enjoying the racing. The whole custom garage is rather genius and as a starting point I'd like to see them push this game further with additional releases or expansion content.