I've been quite a fan of Wolfenstein for as long as I can remember with its alternative look at history and showing off a crazy more mysterious darker side of the Nazi regime. Now we are finally given a proper entry to the series after many years that puts us back into the shoes of our favorite protagonist of the series Blazkowicz which is well liked and a very known character.

Though as with many of the themes that seem to be going on these years is the passing of the torch which was a definite thought portrayed throughout the game. It does take place a good chunk of time from the previous entries, but you get to see this drastic change the emotional effects it has on Blazkowicz. It's this element of actually making you care for the characters in this story and creating an effect of a real atmosphere.

Things are bad in 60's for the future world of which the Nazi's and their crazy robotics creation has taken a dominant position in the world with a large fist of influence. It really was quite something exploring bits of this alternate future seeing landmarks being transformed to the Nazi regime from Poland, to London and of course Berlin which has become quite the capital city of the world at that point. Furthermore the technology push was also different, but I honestly expected a better change of weapons from the time difference from starting the game to the accident that causes him to miss so much time.

There was quite a huge lack of massive iconic weapons from the series in this one and the duel wielding while cool was quite meh in overall feel. Now onto the actual campaign of the story which turned from two forces fighting to a quiet resistance, the levels are split in sixteen chapters which equalled out to 8 hours and 30 minutes of time with deaths and all as I was filming. This was done with casual approach and really short of the time initially promised when going into it. I still had a blast playing through it and the locations visited were quite awesome from Berlin, to under the sea and the moon eventually.

Each of these had the same iconic feel of classic Wolfenstein where they're linear in design, but have branched out areas and an eventual close. Treasure is also available in large quantities in secrets and such, even some great Easter Eggs were present. All this is fine, but I felt perhaps there should have been more of a switch towards the modern style. Of course there were many Nazi's for you take out how you pleased, even a boss fight or two which were really boring? I don't know how I honestly felt, the first robot giant was boring and the finale had somewhat interesting though not too creative enemies to face off with.

It feels and plays like a much improved classical shooter. I really have no issue with this as it was sound and worked very efficiently. I felt the item pickup could have been done a lot better as it seemed really tedious despite working fine. There was an interesting perk system included which allowed levelling through completing certain tasks of killing in multiple ways. Many differing enemies were present from crazy armoured soldiers to the mech dogs, but I felt they could have gone even more science out there as they did in previous entries.

I really like the hub area that was added, gave some extra chances for some personal connection with others of this small resistance club. I did find many times within the campaign there wasn't much guidance as I was honestly sitting there thinking what I am to do next and would walk around some rooms for a couple minutes. The artwork was quite beautiful and painted a perfect world of this alternate timeline and the gameplay itself was sound.

I really did enjoy Wolfenstein: The New Order, as it's was the right step towards more of this classic series. Emotional additions in the story were really the highlight aside from the world as the adult look of the series made you care more for these people and why they were fighting back. Blazkowicz was even given a love interest which initially had me thinking it would be dreadful, but really did add to the story for me.

The ending to it for me was a bit disappointing and I'm sure, yet not really sure of how they will continue forward. For those that love the FPS genre you will pick it up easily and those that are veterans of this series will enjoy it. The world is amazing and I really do appreciate the depths they went to for creation of a vibrant scenery. Perhaps I wish there was more time included in the game and I really don't believe I'll go back for another playthrough, but just to go and clean up some extra achievements in the game. This really is the Wolfenstein game we've deserved for years, but it just felt like there should have been something more included to keep me wanting to play it in the future. 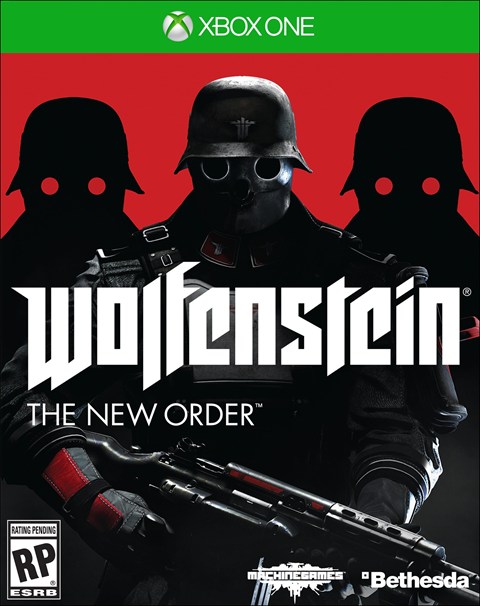 Wolfenstein: The New Order Review on Xbox One