We Sing Pop is a solid and much needed Karaoke title for the modern consoles. I quite enjoyed the Lips games back on Xbox 360, but since then it's really just been Rock Band and that's more competitive singing as opposed to just being a fun time. We Sing Pop then steps in providing a selection of modern pop songs to enjoy including a small selection of classics. It's actually not a bad collection with almost all of them having been largely popular. These are presented with a large selection of options for how they can be sung and all come with their own regular music video. It adds an extra level of quality to it by having these all include the music video and it makes sense when matching the lyrics.

Right from the start you're able to jump into any of the thirty track line up to just sing. You don't have to be good at singing to play it with multiple casual options though there are modes for those that want something more competitive as well. There are three core modes to the game. This includes a single player option with difficulty, mode and vocal options. The multiplayer area has more intensive mode selections, difficulty and vocal options as well. Here you can battle others, pass the mic around or generally work together. The final mode is Karaoke, a traditional way to just sing away.

As previously mentioned you get the music video as a backdrop and then light hud around it. This includes your score, how the mic is picking up your volume and the lyrics on the bottom. It's well presented, clean and easy to read while singing away. The menu also follows a similar setup with it being very smooth. The mic worked well, but the headset certainly did not. It really just takes any USB microphone so this shouldn't be a problem for most, they're rather cheap. I found the lyrics and syncing to be perfect with the score system being fair. The selection of songs, while not all exactly ones I love are hugely popular. There are some well know classics thrown in as well and this works perfectly as a modern karaoke title. I would have however liked to see some options for additional DLC songs, but assume this is a one off as opposed to a core singing experience like the Rock Band platform. 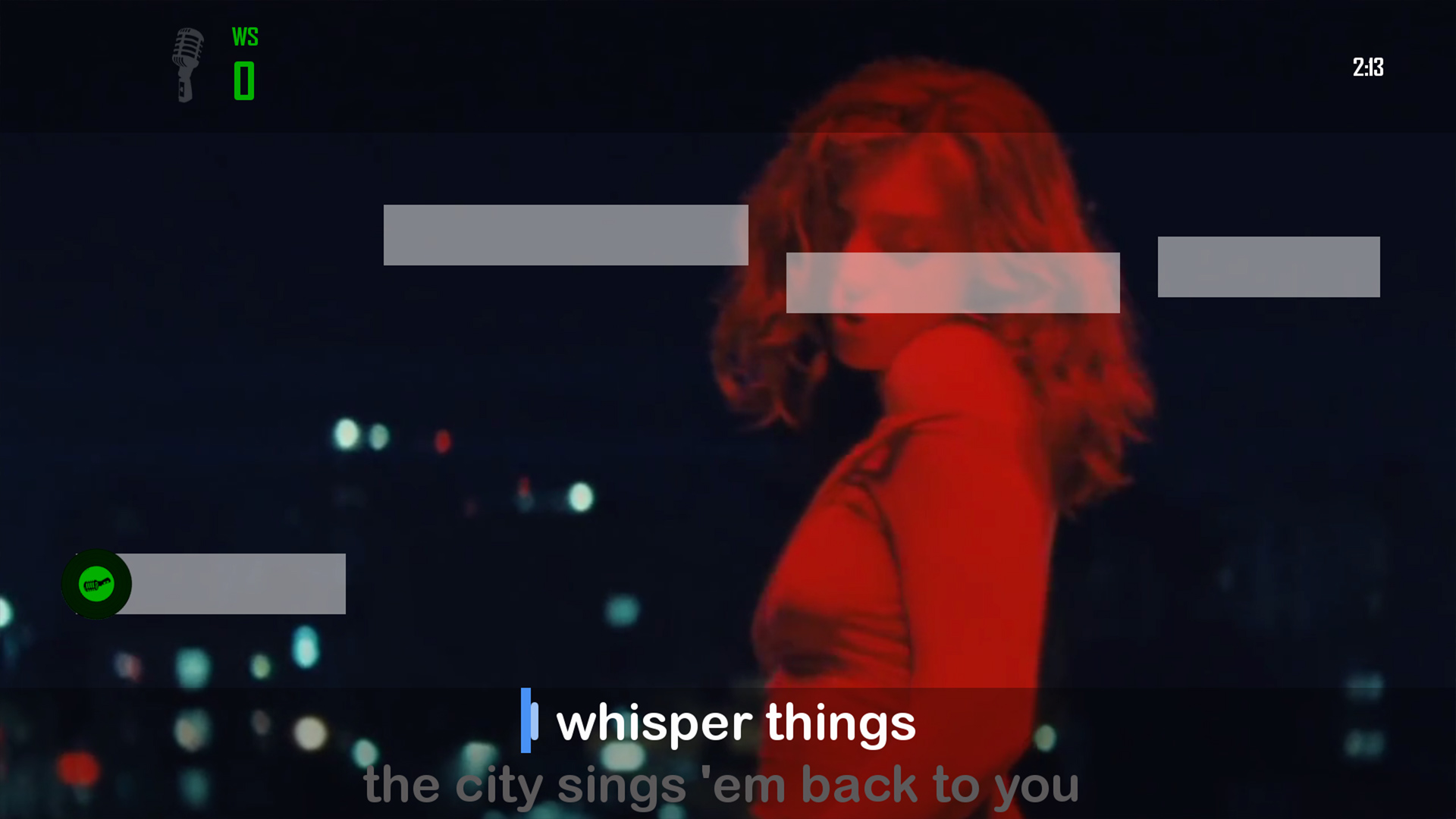 We Sing Pop works very well for what it's trying to accomplish and it's all perfectly presented. The song list is full of popular hits right up into 2017 with some nice classics thrown in. Including the music videos was great and the entire singing system looked clean. It's a great party game whether you're howling away by yourself or playing with a group. There are a number of modes for any type of player and it really covers all the core aspects one would expect from the genre.