I was actually pleasantly surprised by Dead Exit, I didn't have high expectations going in and the game is solid. It's a card based game that takes place within the zombie apocalypse and the modes mirror that. There are both single and multiplayer options available, but I'll start with solo first. This area is presented as Solitaire and is split into three different modes. The first is City Escape where you control one or more bases that work together in order to escape the city. The second is Survival where you control one base and battle a gang of raiders directly while zombies are in the middle. The final mode is War where you can control multiple bases in a goal to get more sets than the enemy. Each mode has simple sliders before you start that can tweak how many bases you have or other minor options.

First off players can enjoy the various online modes locally for up to eight players. The modes include an option for coop to work together and multiple tweaks to adjust how the general multiplayer game is played. Together, there's a wide range of modes to play by yourself, with friends locally or against others online through matchmaking.

Dead Exit is a surprisingly decent looking game, the cards are sharp and filled with details. Character models that pop up look cool and I liked how the general play was handled. Everything went smooth and there's a solid amount of depth present here. It may take a bit to learn, but the tutorial helps and once you understand the flow of how cards interact it gets really interesting. The game is packed with various cards and there's a wide selection to learn as you continue to play. There are many elements of play though the core focus is to typically survive by collecting core items.

These core items include gas, food, vehicles and people. Some are good for trading with others that don't have them whereas the characters can have unique game altering abilities. These are matched by plan cards that can greatly tweak the flow of the game and sacrifice, an option to give something up for great affect. Cards are easy to understand with a bright picture and text clearly going over what they can do on the inside or outside of your base. 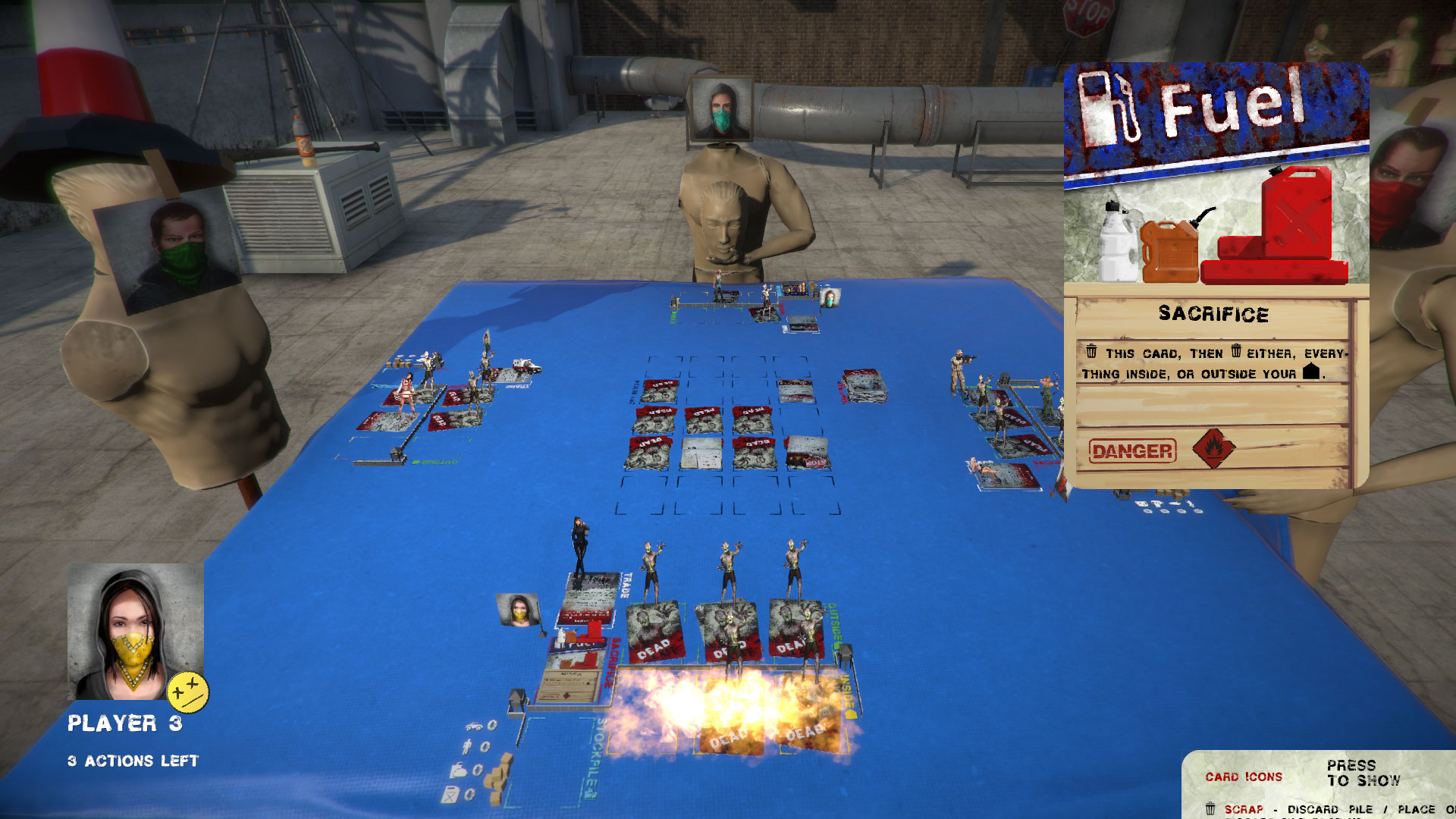 I was really surprised by Dead Exit, it's engaging and strangely strategic. The whole zombie aspect works well for it and they cover all the core basics of the apocalypse. The modes offer a variety of ways to play and it's neat to understand the dynamics of why some cards are more effective in different situations or game types. You can easily play by yourself or with others online and there are many options for difficulty. Online allows game tweaks whereas the single player has a large selection of difficulties to choose between. Dead Exit is a great card game, presents the apocalypse well and is easy to enjoy on the console.