Rogue Trooper Redux is a remaster of an aged third person shooter that throws players into the shoes of a blue man that's been lost behind enemy lines. Rogue, an enhanced trooper is joined by the chips of his fallen comrades and works with them to figure out a traitor. This is accomplished while blasting right through any enemies that might get in the way. This is presented through a number of missions that take you across this wasteland of a future. You'll move from open battlefields to smaller cityscapes. It's all rather desolate, plain and chalked full of enemies to take care of. These enemies range from general soldiers to some large mechs that take a special tactic to eliminate.

The missions are typically about fifteen minutes in length and come together for what feels like a short campaign. There's some intrigue and mystery throughout with a continuous fresh selection of locations to visit. The levels are a decent mix of combat with stealth thrown in, some intense chase sequences and standard large scale battles. For those wanting more there's an online multiplayer featuring cooperative play. Work together to either push through small missions or defend a soldier in the battlefield. Nothing complex, but some extra things to play if you want more than just the campaign. These did feel rather basic, but I appreciate the option of extra content.

The characters models were excellent in the game as were some aspects of the visuals. I did however feel that a lot of it was left alone or lightly touched upon. It's definitely a remaster as the visual experience is improved, but it's not as touched up as one might expect. It feels more like maintenance as opposed to a fresh coat. This comes through on some other minor technical issues that would occasionally pop up in regular gameplay. The combat was fine taking a classic approach to behind cover shooting where you can blind fire or pop up for a better shot. It did however feel minimal in usage as most areas were open or featured narrow hallway designs. The mechanics felt a bit dated, gameplay was slow though it handled well. 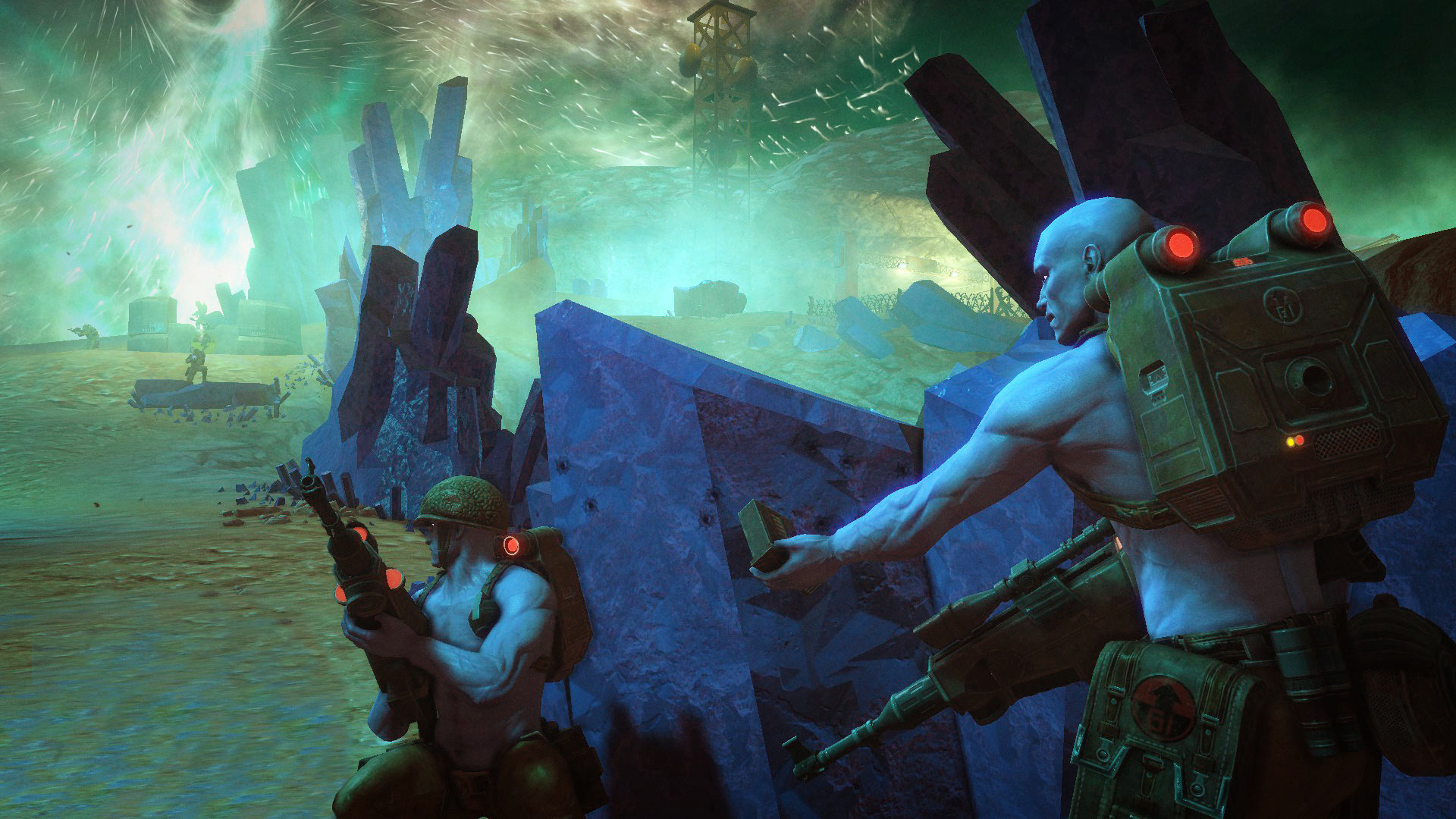 Rogue Trooper Redux is a solid remaster though very similar to the original game. It's not quite freshly coated instead getting some minor touch-ups to make it run fine on modern hardware. I would have liked some more work done on it for the visuals, but it plays fine and let's players enjoy the old school game. The story is solid, the characters were interesting enough and it presents some intrigue. The multiplayer is alright offering some cooperative options though it really isn't too expansive. I actually would have felt some competitive multiplayer options might have worked decently here. Overall Rogue Trooper Redux is an alright package, it presents the game in a way that's satisfactory for the current time. It might not feel entirely natural against other current shooters, but provides a solid story to play and an interesting look at the past.