Knock Knock is a psychological horror game where everything can quickly turn into a never ending nightmare as you deal with a diminishing sense of sanity. That may sound somewhat outlandish, but it most certainly captures the essence of the game as each deal in with the mystical creatures sends you backwards in your goal of escape. The main objective each night is to survive until day and this is accomplished by moving time forward while hiding from enemies. It's all procedurally generating so things are never the same and this can make it even harder to survive. The level itself is always being adjusted as you turn on the lights and mystical creatures destroy them and shape things. There are many layers to moving along, but it can feel very slow paced as the narrative isn't explored in great depth so few details are present in that regard.

As just mentioned it can feel slow and boring. It's got a nice pace if you're not racing through anything and besides that there isn't really a story to get out of it. The game does little to teach you what's happening or even basic mechanics. It wants you to figure these things out, but the vague approach doesn't really help here as it mostly comes across as annoying. The world looks nice, there are some well designed layers of movement and houses feature some creepy aspects. The dark creatures can also be rather chilling as they creep around in search of you. 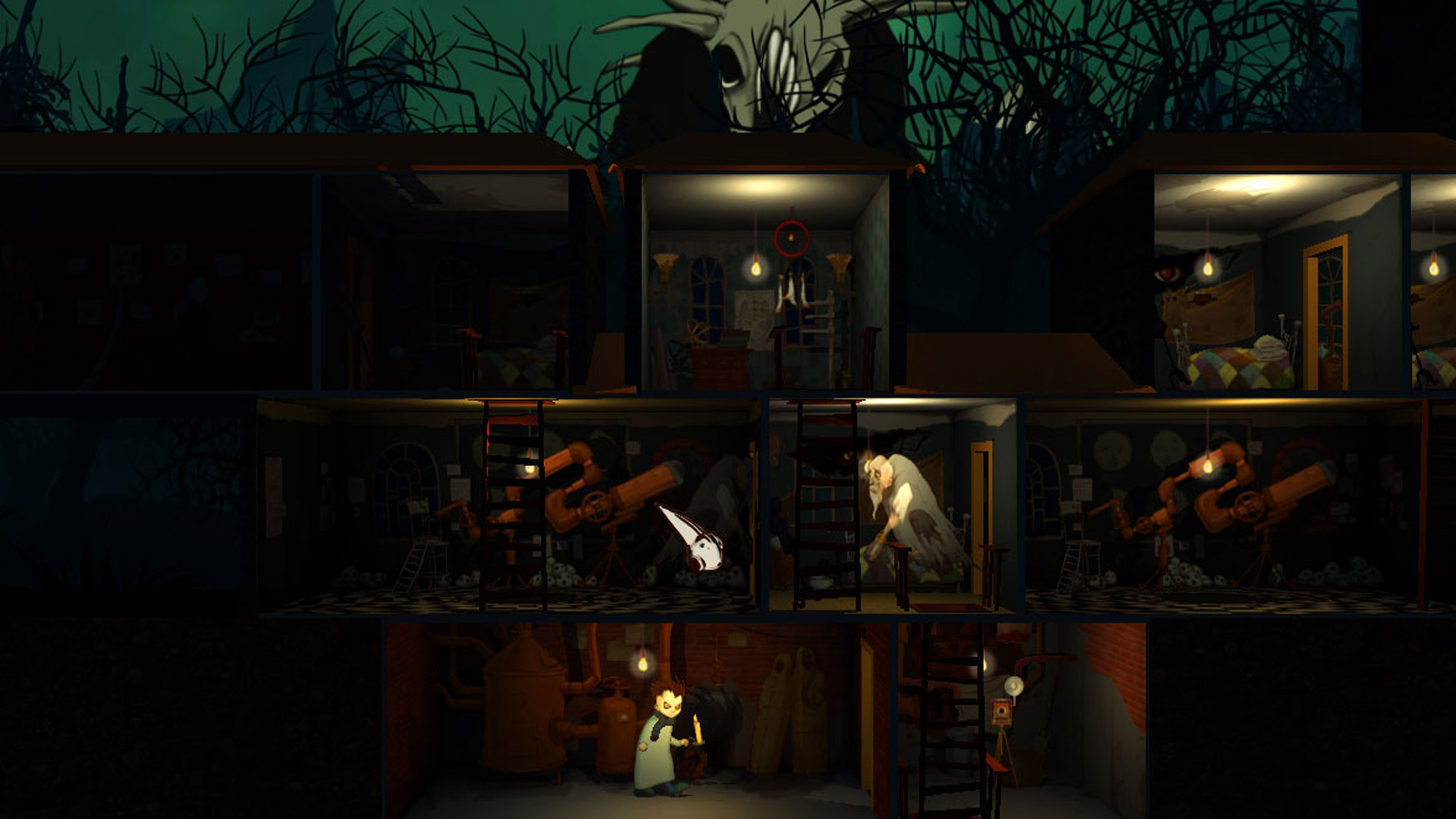 Knock Knock can be an alright experience if you want a type of horror that feels slower. I didn't find too much reward from the narrative and for the most part it comes across as a very slow experience. It gets the atmosphere right, but even with that terror I was never truly sure what I was doing. There's no explanation of mechanics or even what's going on and that in itself can certainly make on crazy as they try to survive another day.