Raid: World War II is a cooperative shooter that takes the Payday formula and attaches it to a World War II setting. The concept itself is absolutely golden, but the execution here is poor. In general the game is rather average, the graphics don't shine and combat seems basic. What ruins it is the large amount of bugs. I've had levels spawn inside of levels, I've gotten stuck on things and I've faced a number of crashes. It's rough and ruins what could potentially be a solid experience. The game doesn't exactly carry a narrative being a chain of missions for players to work through alone with AI or with others online. The local AI is absolutely useless so I wouldn't even suggest trying it in single player. It gets overwhelming and the AI does practically nothing.

The online is slightly better when everyone works together, but even there it just doesn't seem too new. It's based around either collecting items to escape with, shooting enemies or blowing things up. This all feels like something I've done many times before and I really wanted to see something different here considering the setting. There's a decent selection of levels present though if you do like this type of game, but looking at how this is being presented as a full title it feels lacking.

It really doesn't look that great at all, at most I'd say it's an average looking shooter. It comes across as more of a last generation title in design and texture. It's weird as some aspects look decent whereas some rock surfaces are horrible. Despite this lacking look the game runs horribly, the screen is consistently tearing and that feels hard on the eyes here as it's constant. There's also this bizarre aspect of the game pausing everything so another player can join, that's stupid. I saw numerous issues with AI pathing, graphics and crashing. Trying to look past the glaring issues, there's a good selection of content to work through when unlocking new weapons. You gain upgrades by performing tasks with guns and unlock more by leveling. There are special cards to collect as well for bonuses and a cool headquarters that the squad bases missions from. I'll also make mention that levels do have small changes with each playthrough so that it feels different each time. 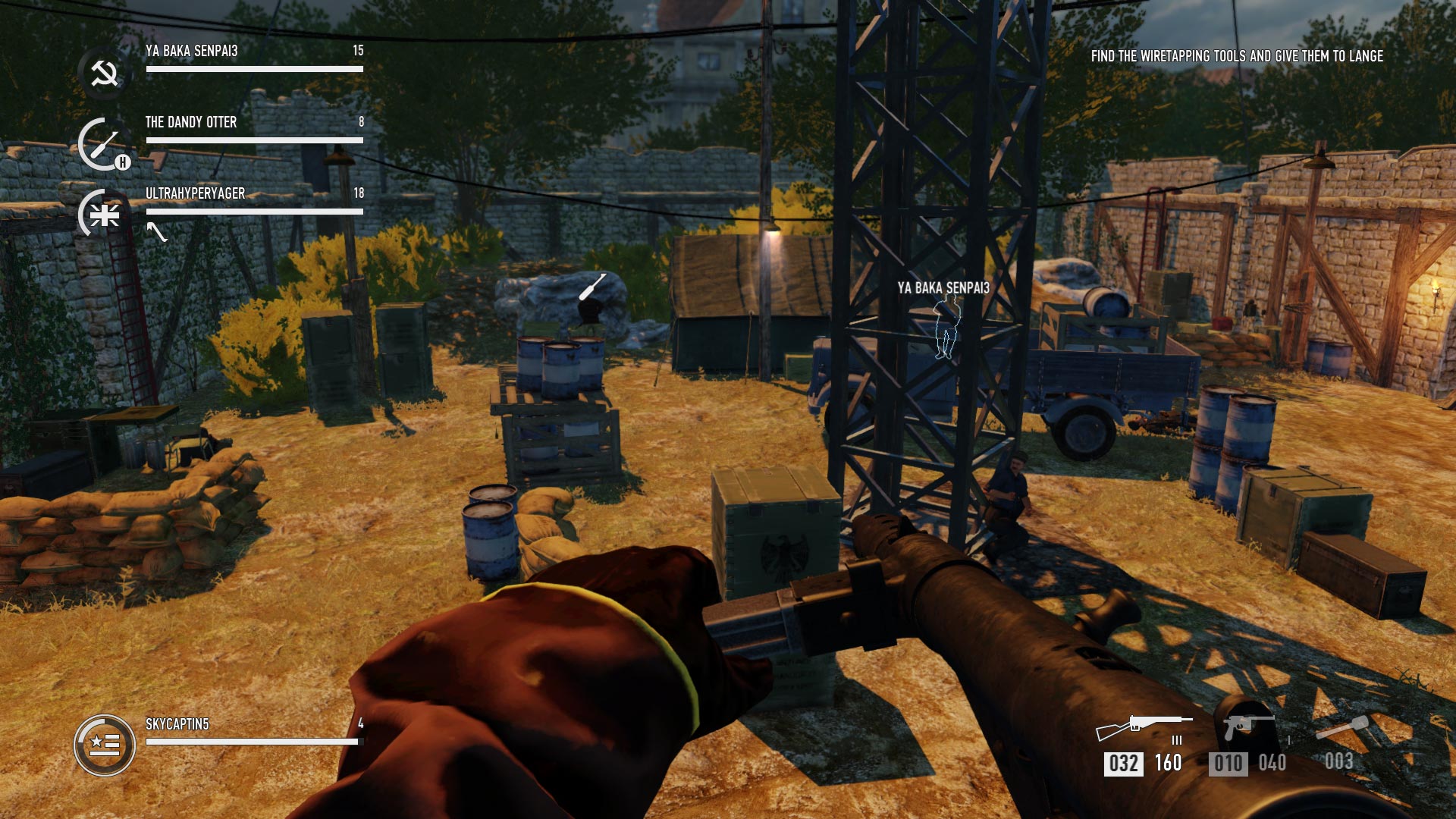 When Raid: World War II is running decently it's actually a lot of fun to play and if you're in a group it can be a blast. It's just the pile of bugs, crashes and other problems that really bring this down. There's some potential here as the setting is interesting and I love cooperative games like this. I'd love to see another attempt or even this game getting patched up towards a more stable version down the road. It's certainly got potential and could provide an awesome coop shooter if they take the concept and try to do something perhaps wild or even more focused with it.