Yono and the Celestial Elephants Review

Yono and the Celestial Elephants opens up strangely like Halo 3 as this mystical elephant plummets across a dark starry night and lands in the middle of a thick forest. Just a comparison I thought I'd make as my mind immediately jumped to that. The game is a basic sort of adventure title that's based all around simple puzzle solving. It's definitely focused on the younger audience and something I feel that kids would love to play. I didn't really find any sort of challenge here with death actually being due to not paying attention or mixing up controls as the Switch Joy-Cons are still rough for me.

It's worth noting though that death takes you to the central quick travel area and at times provides a long walk back. I found this tedious more than anything as you have to walk for awhile. While death isn't present too often, some younger ones might face it and be annoyed by this. The areas were distinct and often split into a number of room based puzzle sections. Some had you move across a couple rooms to solve a single area and this extra step of complexity was appreciated. It still felt rather simple and the length of the story wasn't terribly long.

The game looks fine, the graphics are soft and fun to look at. It's actually rather charming as the mystical elephant has a number of easy abilities and an exciting look. You can blow the trunk, pick up things such as chickens to throw or charge attack. There's a system of collecting items to spend on things such as say filling a book or buying stylish new elephant designs. Combat felt really basic as did most of the puzzle solving with that aspect being mostly logical. The environments looked nice, the creatures were friendly and it had a nice atmosphere. It looks great on portable though while docked some minor details looked a tad jagged. It wasn't too bad, though I would have liked the character to be slightly more sharper in this regard. 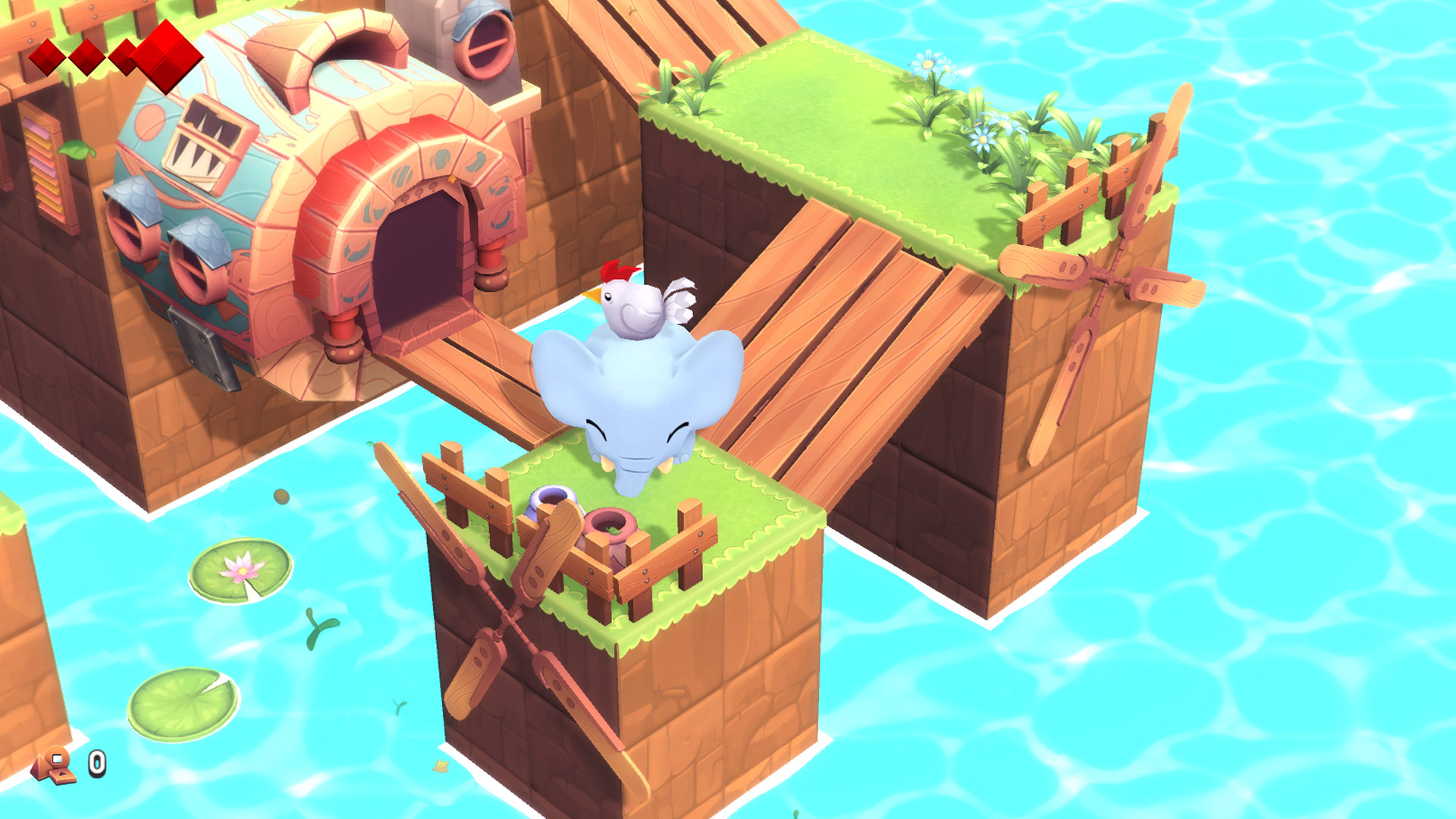 Yono and the Celestial Elephants is a fantastic game for kids and one that all ages could enjoy. I feel that the older audience will find it rather simple though a nice experience to enjoy with the younger ones. It wasn't too long and really felt easy going so don't expect any sort of challenge here. The puzzles were varied while still following a basic setup. I liked the look of the world and it was generally a charming time. It definitely is adorable and the target audience will enjoy playing through this.