N++ Ultimate Edition brings together a crazy set of levels across ever so many challenges. If you're not aware of the original N+ it's a game where you're a ninja and you've been sent to basically rooms of death as a testament of skill. That's the best I can break it down as these areas are insane and the small stick figure is brave. With a massive collection of levels across various themes and difficulties you're given a wide range of tasks to complete. The most important goal is to make it out of the door whether that's straight forward exiting or flipping switches along the way.

Levels are also constantly being timed and there are items to collect for points. The core campaign is seriously just packed with hundreds; perhaps thousands of levels to work through from regular ones, to more difficult entries and even some legacy selections. This is given an extra layer with a coop option and competitive multiplayer where you see what others have accomplished with a goal to beat them. An extra layer of this aspect is the level creator which provides tons of options to create your own terrifying rooms. These can be shared or played with multiple options of visibility within the creator area.

It's a minimalistic design, you're but a plain stick figure against very sharp contrasting colors. At first I thought this might bring a generic look, but as you progress and the backdrops change it's quite gorgeous. There's a certain elegance to it that I appreciated as my stick guy would burst across spikes or fall face first against a wall. It's very much a game based around death and you will fail so many times you'll forget to keep track. Some levels use this well providing a challenge and others just feel smooth when you perfectly glide across them. The controls are solid with a movement system that feels slick. 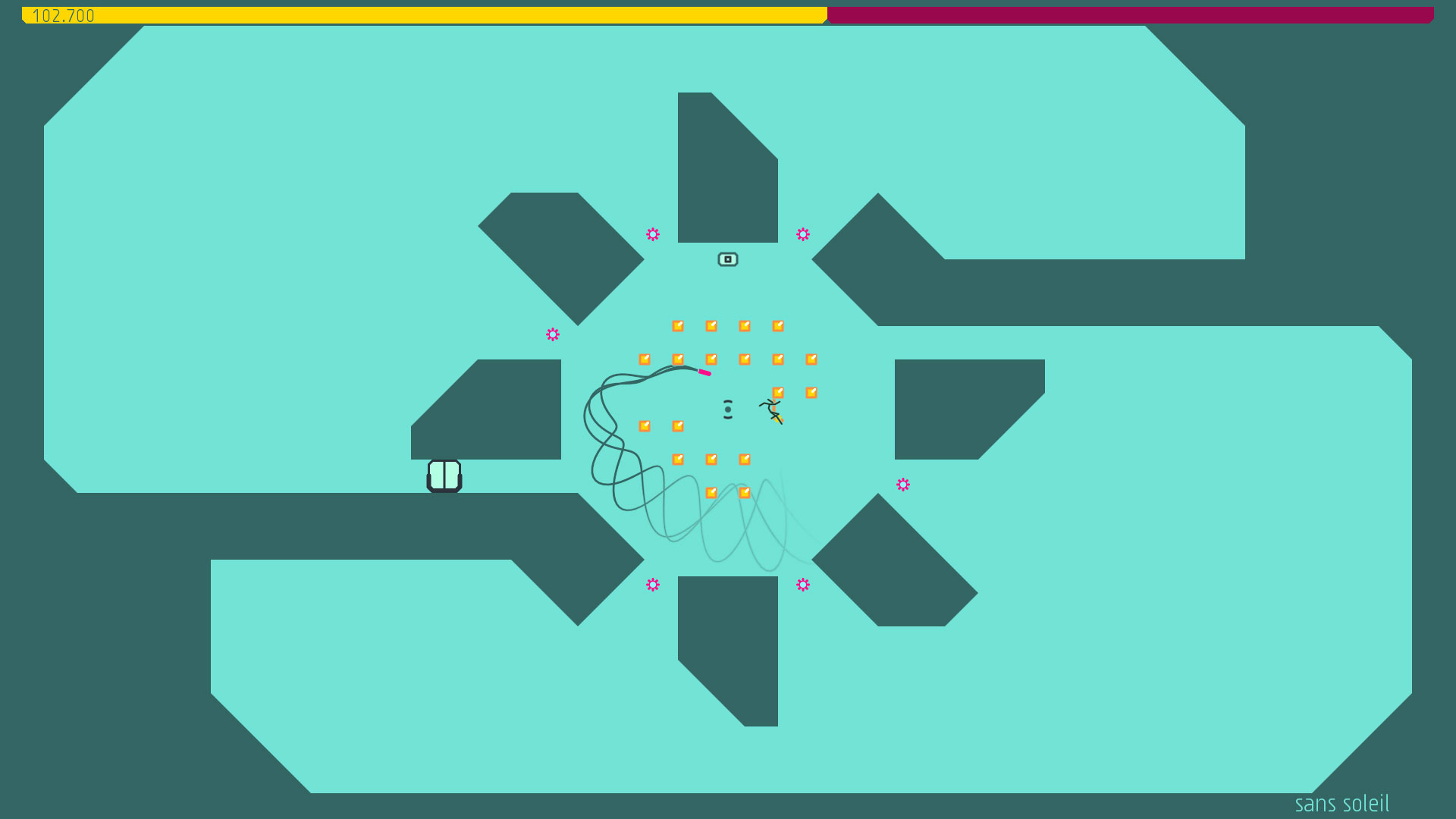 N++ Ultimate Edition is packed with levels to the point that I'm not sure you could ever play them all. The regular set of levels paired with all the custom created ones practically give unlimited options for playing it. There's a fine selection present and I liked how I could just move through the sets how I'd like. There were so many options just available from the start and it was a blast to just die trying to beat some. It was also impressive to view other runs from some more intense friends as they would smoothly dominate levels. If you liked the first game then this is an incredible expansion and if you like more hardcore experiences then this is packed with them. The quantity of levels is beyond impressive and I loved how every single one of them seemed to be completely unique.