In Danger Zone you drive a really straight rolling car in an attempt to smash vehicles, cause explosions and score points. It's split across four tiers with multiple levels within each of them. That's mainly all there's to the game with no extra modes or tweaks on things. There's a solid amount of gameplay present and if you'd like to aim for the top of the leaderboards or better medals, the option is there. I would have liked to see more modes being present, but as a single player experience it was a splendid time.

You basically just drive this car that handles very poorly and aim it off jumps or between traffic to hit power-ups. These power-ups aren't always necessary, but they do provide a solid boost and could gain you just enough extra points to get a medal. The base medal allows you to progress and each level mainly just builds upon the formula of the one that precedes it. There are some wild combinations of blasting through multiple lanes to disrupt traffic or dealing with random unique lanes of traffic.

The car honestly doesn't handle very well and it's tough to tell when exactly you can't move it any further. You can however get the hang of it and it's quite something to see the chain of explosives you can cause. I also found it rather hilarious to sway the car while it was on fire in the air to cause more chaos on another part of traffic. There wasn't really a difficulty as to say, but more about positioning and at times getting lucky with how the chain of cars would react. I noticed most of the cars while simulated ran fine though some would phase through walls. 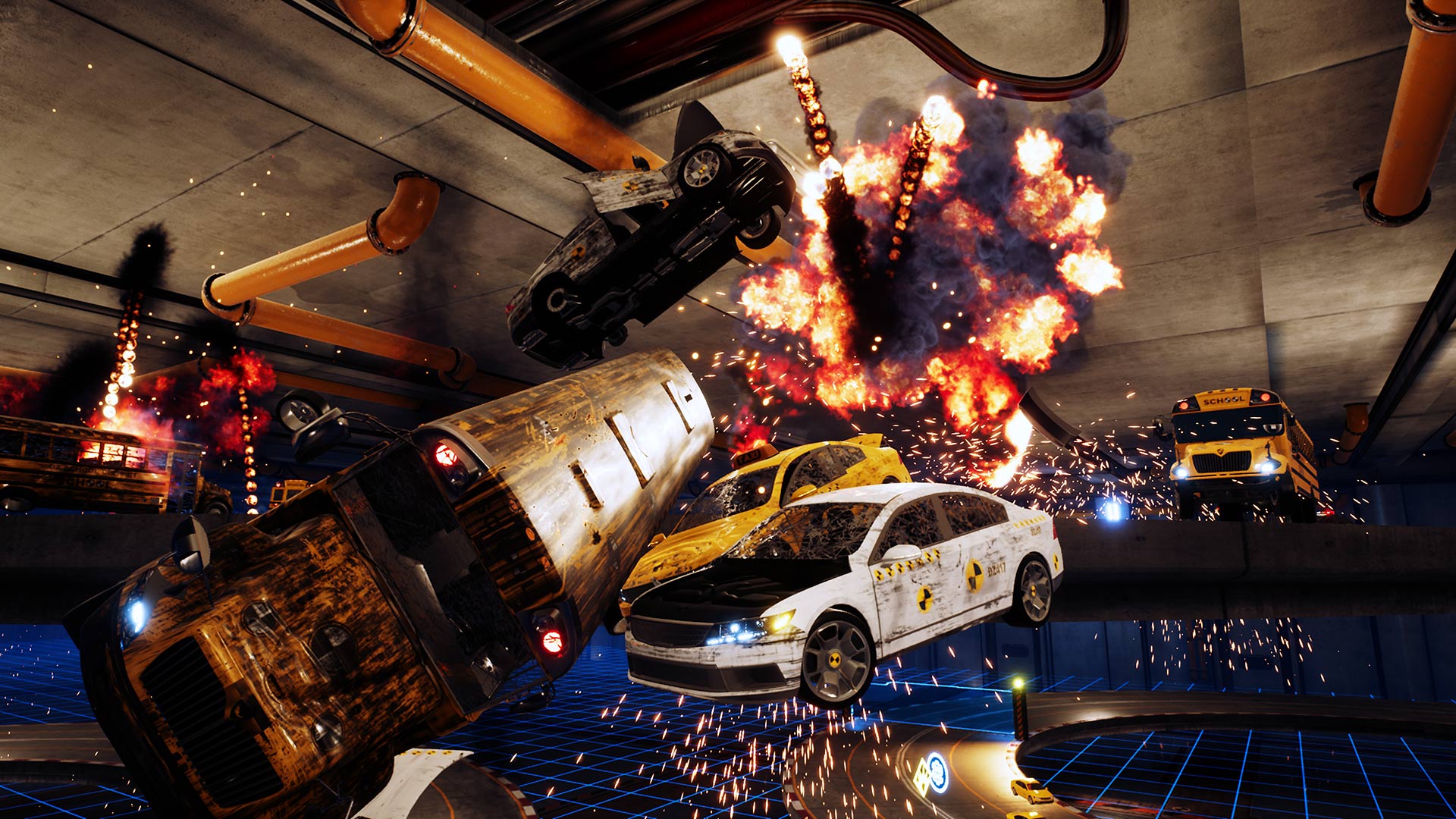 The Danger Zone at its core is an interesting concept though the entire thing is rather simple. There's not a ton of content present with the campaign being the only option, but it does provide a few hours of gameplay. If you aim towards gaining the better medals it'll provide more. It's an easy game to play through with it being a pleasant time of trial and error, but it doesn't really expand past that. There's a good selection of levels with most being completely unique, yet I still would have liked something else with it. It's a fine title though very basic, I definitely like the idea and the destruction was thrilling to see unfold.