Nascar Heat 2 is a slightly fancier iteration on the previous game by expanding some modes and content within the experience while also giving a flashier presentation. There's a lot to do within the game and if you're a fan of the event then there's definitely something for you here. First up is the option to do a quick race by selecting a track and just going at it. There are Challenges to take part which presents a driver and a goal for you to complete. The Championship area let's you pick what I can only describe as cup events where you work through sponsored seasons.

The multiplayer option is also back with multiple lobbies to take part in so you should be able to find an online race that fits your criteria. The final and largest area to mention is the career mode that allows you to sort of work through being a driver. It doesn't quite give a thrilling sense of working your way up, but it does provide some lengthy gameplay to take part in. Here you work on your standings by getting offers and moving through seasons. There's also a nice touch of having some driver videos pop up as they describe certain things within the game to build excitement for a particular aspect.

As far as providing content, there's a fair bit of it present here with a pile of tracks and some thrilling music matched with intense videos driving the menus. The core gameplay is similar to last year providing a simulation of the event to a degree striking a weird balance between arcade style with realistic settings. It's not going to be for everyone, but if you like the appeal of driving in circles forever then it might suite you well. It really does offer settings for those that want a natural experience, but it can be faster for those like myself that aren't too interested in it. I'd like to see them move towards offering more of either option going forward such a selection of quicker settings or more intense simulation ones to satisfy either type of racer.

The cars are much better this year, some nice depth to the cars as I recall the backs of cars just being straight flat in the first entry. I get that they're stock, but they still do have some bumps on the back and that depth wasn't there last time. The track is generally fine and the cars look good, I do however find the backdrop to be rather ugly. There are jagged lines on many straight surfaces and the crowd isn't fantastic. I suppose I should be focused on the track, but going around in circles doesn't exactly catch my full attention. 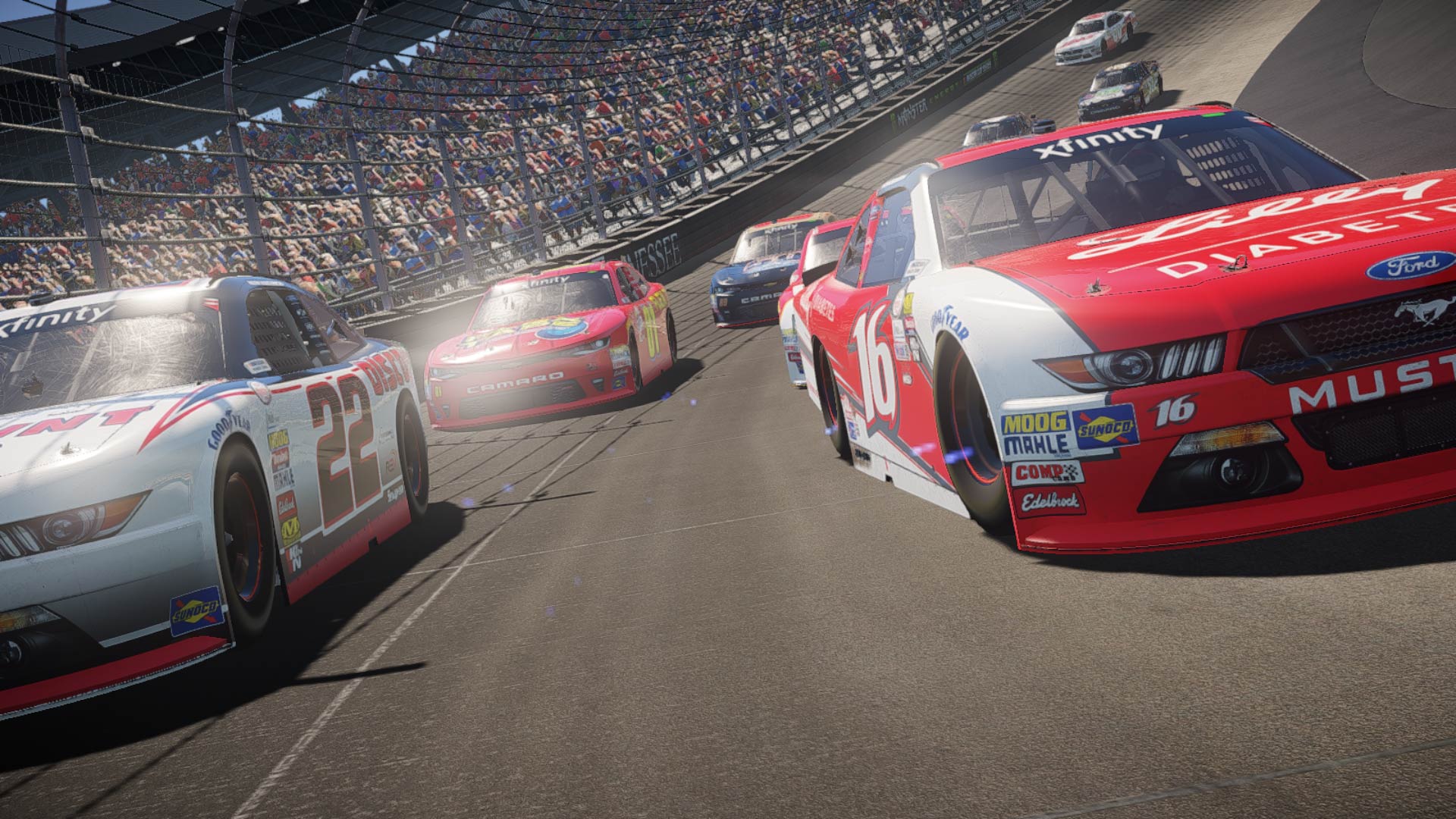 There's some nice presentation to Nascar Heat 2 and I'm sure fans of the event will enjoy the selection of new content present here. More casual drivers probably won't care for the long drivers and it doesn't exactly aim to reach out for them. There are tons of modes to play and it definitely seems to be a game that's been well paired with Nascar with drivers being all over it. The environments could be better, but the cars look solid as does the track. There's some solid potential with this series as its capturing Nascar well with a plethora of modes to engage in. With some more polish this will shape up to be a fine racing title in the future with a solid offering here.