Fifa 18 is the latest entry in EA's long running Football/Soccer simulation that aims to refine, add a couple new features and continue Hunter's story. The core of game remains unchanged with the selection of modes that are present. Play quick matches in Kick Off, work through a career or battle in the very well known competitive Fifa Ultimate Team. For those that don't know about Ultimate Team or well FUT, it's a card based mode. You collect packs by playing, buying or generally engaging with the game that grant various players or items through cards. You then use these cards to build a team and compete against others, there are of course many finer points to the mode in general that I won't go too in-depth on since it's been around for awhile now. There are also tournaments to play and practice skill games to take part in. These are of course just the single player aspects as you can battle online for some friendlies, play special seasons or even pro clubs. It's basically a refinement on the past entries working on gameplay instead of directly revamping any aspect of the game experience.

The story mode was actually well done as Hunter returns in this next season that follows a large change in his career. It's quite surprising to see a sports game carry a story based mode and I actually thoroughly enjoyed giving it a whirl. I hadn't played it in the previous year though I still had no issues getting an idea of what had happened. During this story based mode you play regular matches, train and engage in cutscenes. You make certain choices that affect how you're presented though these weren't too in-depth on impact for gameplay. I look forward to seeing what's next there and I felt that folks that regularly play these Fifa titles probably appreciate the attempt at giving the game a better rounded title with this story mode.

Visually Fifa is an impressive showcase of the Frostbite engine with the regular viewing being a pleasant view. I did find that some of the faces looked a tad off whenever you were up close, but the animations did feel natural. Their push towards making certain individuals act naturally is appreciated and the general ball play felt fluid along the pitch. I still have troubles with kicking in this game as it seems touchy, but I've definitely gotten a better handle while working on a review for this. The sport is definitely well emulated across the many differing teams, customization options and various settings. The crowd could use a tad more of a tuning in look, but they're very responsive for what's going on. 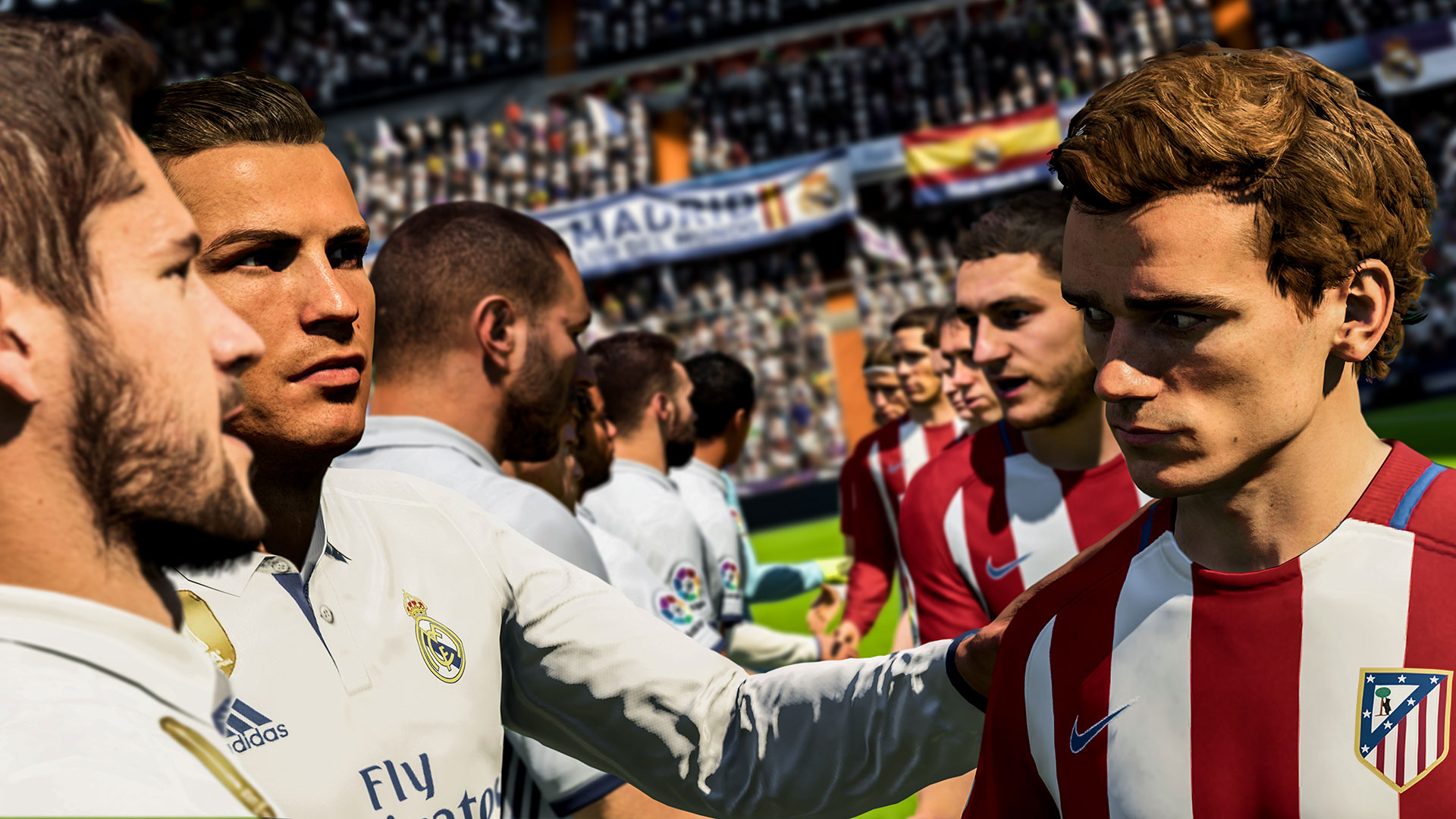 There's not entirely a new set of features for Fifa 18 and it really does continue the streak of quality releases for the series this generation. It emulates the sport well while working on refining some of the finer features of the sport. It's all fluid, looks great and plays very well not matter which mode is your favorite. Some details could use some work though for the most part it's a very well put together experience. You can trade cards in FUT, battle others online or work through an interesting story where Hunter takes the next step in his career. Again, very surprised at the quality of the story here as it was more engaging than most things I've played in a sports game.

Fifa 18 Review on Xbox One
Review Code Provided by Microsoft