Hidden Dragon Legend borders on the side of being awful in the sense that so many aspects hold the game back. It's presented as a sidecrolling brawler game where you slash enemies while unraveling a mystery. Things start off with the main character awakening and moving through a dungeon of sorts. It's got some cool camera angles and that neat presentation is carried throughout. The game does however have a cripplingly bad story told through some very awful voice acting. It all sounds so out of place whether that's with how it's spoken in tone or the wording which comes across as poorly translated if it was.

There's also this weird theme of the lead getting knocked out multiple times to awaken somewhere else where the people that helped him have died, it's just bizarre. The regular levels are decent each presenting a unique location and set of challenges. It's weird though in that each new bad guy you face is a long boss and then they just become a regular character. The game also provides some minor puzzles and some platforming sections that weren't pleasant to work through as it didn't quite line up in a natural way.

I did actually like the look of the game and I appreciated that despite them recycling enemies, the design of them was different for each area. Combat is presented as a hack and slash with special moves put on top. You can become evasive as well which all looks flashy, but it takes forever to take out enemies. It felt really grindy to the point that I'd look away from the screen while still pressing buttons. The elevated enemies were difficult to deal with because most of the time I just couldn't line up the character to hit them and it's this constant stalling in combat from various small hits that really ruins how smooth it could have been. The look of the world is decent, some parts stick out as bad though for the most part it looks fine. I liked the particle effects on combat and the look of the slashes had a good style to them. 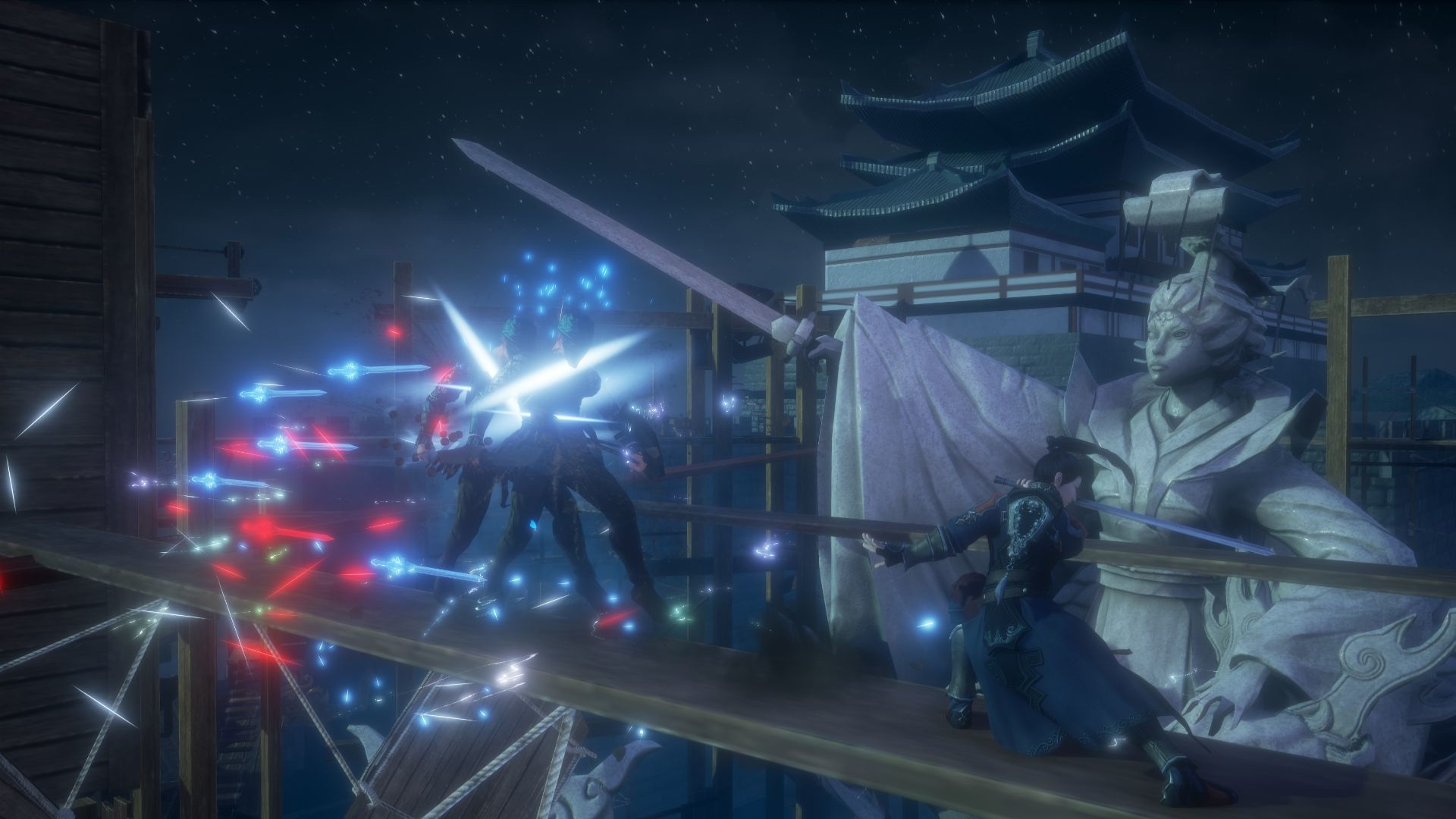 The story of Hidden Dragon Legend was crippling to the game as was the way it was presented with possibly the worst voice over work I've seen in a video game. Some of the events didn't make sense and it felt like a weirdly strung together series of events. Things just happened and it was best to mostly go along with it, it's somewhat rough to sit there through the cinematics. Combat feels like a grind, but is fine to an extent and the general experience is alright if you like the aesthetics. There's an alright game somewhere here as the setting is well done just like the enemy designs, but it isn't presented in a way that showcases its potential.