Blue Reflection is a JRPG that follows a group of young ladies as they deal with the thrills of school while also battling the demons of others in their spare time. The narrative follows Hinako Shirai, an individual that has had her love of ballet taken away due to injury and sinks into a regular life. While attending a new class she stumbles upon a cloud of emotion and gets sucked into another world. Here she becomes a stronger being with special powers called a Reflector. This is all explained as she meets a group of others that carry the same Reflector power. Things start of relatively linear as you learn the basics and tackle your first large scale enemies, from there it greatly opens up and allows you to just take school.

It's split across multiple chapters of core gameplay and side activities that help grow your abilities. It would have been nice to see more focus towards the core narrative, but the sense of just being in a regular school was relaxing and more natural. It's all about going around to complete things while growing your individual powers and building a crew to gain more assistance in this other world. The days go by, the world follows this as things chance such as with the weather and what side things you can take part in as well.

Blue Reflection certainly does carry a nice shine to it whether you're engaging in the colorful combat or walking around the open regular school areas. The characters are bright and varied, but I still would have liked to see more depth in their back stories to make engagements with them more intriguing. Regular movement is simple and dynamic, with weather affecting your clothing. This leads into some of the more sexual type content, but that's all tasteful and limited enough that it should be fine for anyone to play. The elemental world was fancy bringing an interesting set of open environments, but I would have liked to see more variation here or well just larger areas. Combat is well presented as I'm not a huge fan of turn based gameplay, but it works well here and smooth. It's all done in real time using a sliding battle meter that works efficiently and quick. I didn't really find anything too difficult while playing with only some parts of this outer world being tedious. 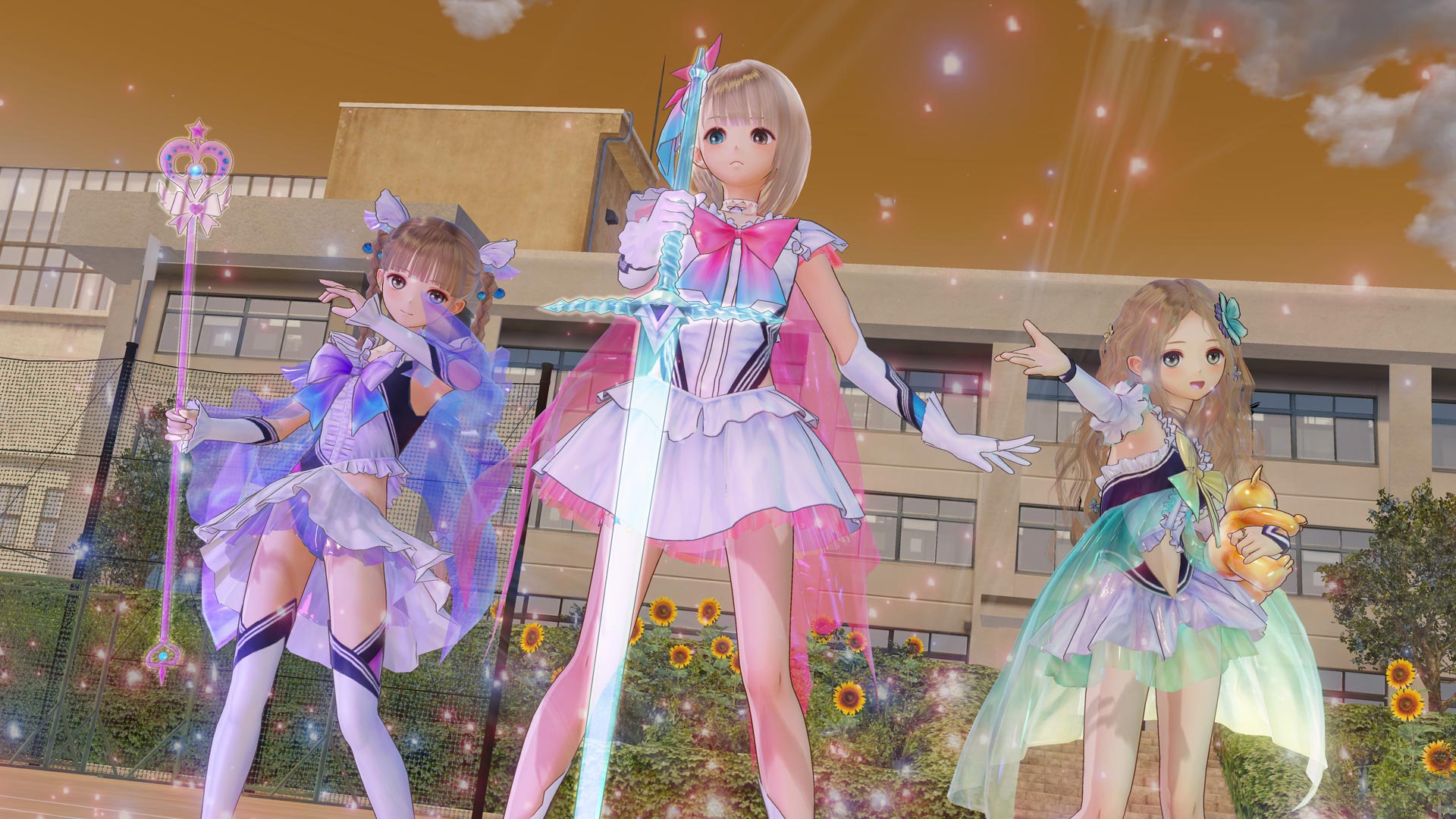 Blue Reflection is a fine game packing many hours of gameplay if you sit there and work through all the side activities. It would have been nice to see the narrative more focused for those that want to get through it fast, but the open style of doing regular days makes the whole progression feel more natural to being a typical person in class. I enjoyed the story and the cast of core characters, but I still would have liked to see some of the side people you deal with to have more depth to them. Especially since they can pop into battles with fun effect through their personal skills.

The real time turn based combat was excellent and it looked great as the Reflectors battled monsters. Blue Reflection is definitely a solid JRPG title presenting an interesting story and a lead that one can get behind with her various struggles. A final note is that I liked how her personal issues helped with the clearing of emotions that other classmates had.