Squish and the Corrupted Crystal Review

Squish and the Corrupted Crystal is a simple sort of platformer providing a decent selection of levels and a somewhat interesting tale along the way. You move as this blob type character that can form into certain objects to move through particular portions of levels and take on certain tasks. There's an element of speed and collectible performance as well with each level providing a ranking. You'll also need so many crystals to continue progression forward though you're never locked to having to play a certain level instead being open to pick any from new areas that you unlock. Aside from general levels there are some boss type fights as well. Nothing is too challenging as you move through the story, but some areas might provide a bit of difficulty or slow you down. There's also a nice sense of progression with new ways to tackle areas and some creative level challenges that switch things up.

It looks alright for the most part, it's a very simple look that comes across as playful almost. The character just forms into different shapes or well changes as you move forward in the story. Its fun and I can see this being an all ages sort of game. The controls felt right for the most part and it had some enjoyable moments. It was neat how the levels would introduce new elements and that I wasn't locked if I had troubles with any of them. 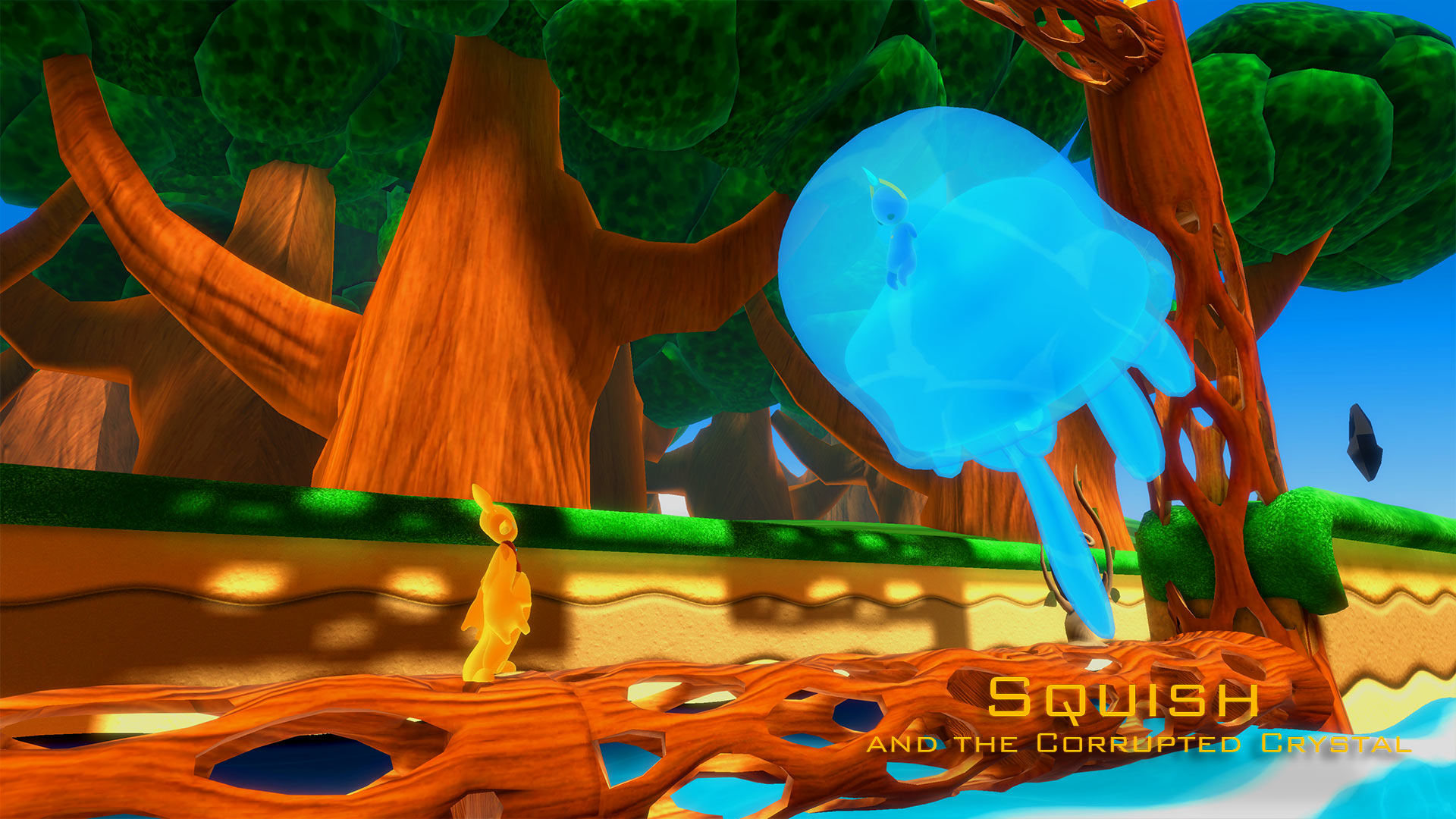 I found Squish and the Corrupted Crystal to be a simple platformer, though a fine one at that providing a decent challenge and a selection of levels to play through. There are challenges to finish levels quickly and to collect enough items to help in progression. The elements involved in progression felt natural as the character gained additional abilities or changes to assist as the level changed over time. The visuals were clean, simple and did work fine for the most part. It was a really streamlined sort of presentation that didn't amaze, but wasn't at all bad. This is probably a fine game for all ages being an easy going platformer, most would likely find Squid and the Corrupted Crystal to be an adequate experience.