The girls return in Senran Kagura: Peach Beach Splash which is a competitive third person shooter that uses water soakers and rubber ducky executions. It's quite something and actually a well balanced, yet silly sort of shooter. There's a full length campaign area with multiple perspectives and side option as well as a competitive multiplayer. The single player comes out under Single Splash and is split into three areas. The first is the core story that's available in separate chapters for each of the core teams and this also acts as way to teach players what's going on.

The tutorial was honestly a tad long, but does go over all the details with depth. There's also Paradise Episodes that go behind the scenes for additional smaller stories. The final area is the V-Road Challenge where you battle teams in cup challenge matches. The multiplayer features a traditional ranked match area and a free match which equates to a player match with both featuring multiple player options. Ranked is however locked to five on five and three on three, at least for launch. This is then supported by a fun coop survival area for four players to work together. All areas feature essentially the full cast and fans shouldn't have a trouble finding their favorite member of the teams.

Presented in the third person as a shooter combat is fluid and works well. It's got a nice balance to it between the various weapons and power-ups you can choose. The game is all based around in-game cards that grant abilities during matches such as little flying support creatures or quick use abilities. These cards are easy to collect and very plentiful while you play any of the modes. Aside from cards you get coins that can be used in the really vast dressing room area featuring many costumes, colors and options for presenting the ladies. Back to gameplay it's easy to move around these bright, colorful arenas and there's a decent selection of them present. The game features the core multiplayer modes one would expect from straight up splashing to objective based options. 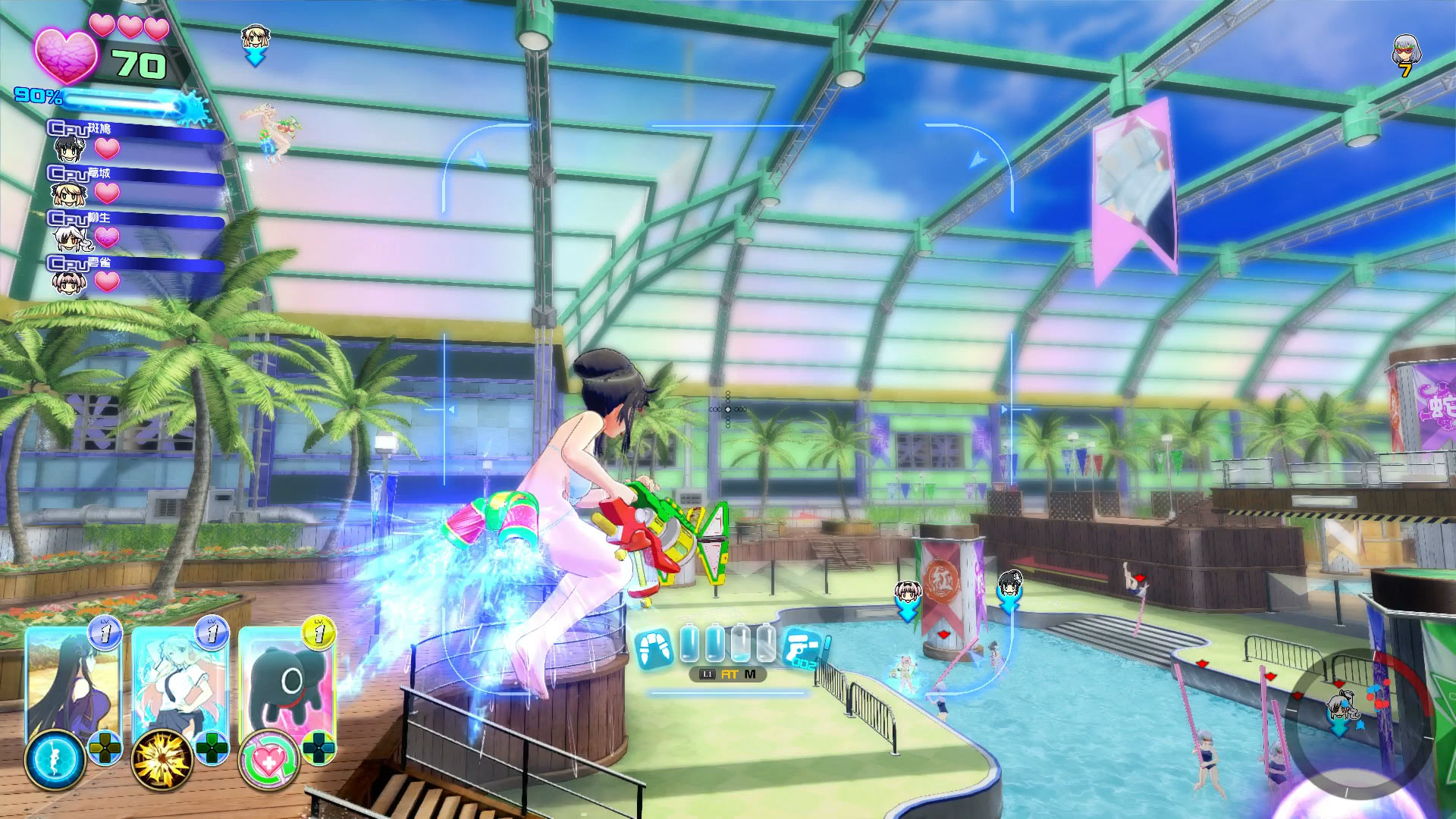 Senran Kagura: Peach Beach Splash is a solid shooter that's fun to play and actually well balanced. There are tons of cards to collect, editing options for the ladies and some rather sexy type scenarios as well within the story or general gameplay. The water ducky execution type option where you splash clothes off is tasteful and works well within the universe. I enjoyed playing the game finding it to purely be a more fun shooter that one could relax playing that can be competitive, but isn't too intensive. There's a vast selection of single player levels to work through and many multiplayer options whether you want to work with others or against them. This series works strangely well as a third person shooter and I certainly enjoyed playing it.