Playing as a flagbearer your goal is guide a sequence of troops and the society behind them in order to obtain freedom. There are varying factions at play to represent multiple societal classes and these clash whether you're moving through the campaign or battling online in the multiplayer. There's a full campaign present with many, many hours of gameplay and missions to take part in. The way these are presented was also great as you start off in this tavern of sorts to chat with people to get a new level to play. You can replay them in order to get more completion on goals or just carry forth.

Taking place during a civil war there are some dark elements at play, but also some comedic ones to an extent for an entertaining experience. The game also features some procedural generation across the modes providing a unique match each time you go to play. The multiplayer aspects provide an exciting and challenging area to get endless gameplay. You can battle against bots if you'd like to just have skirmishes, play with friends or battle others online. This mode takes time to get used to as there are certain strategies involved in order be effective and it's worth trying different things for the most effective plans.

I absolutely love the look of Tooth and Tail, the pixel graphics are charming for the various creatures and the colors all blend beautifully together. It's also just perfect for console controls providing a streamlined RTS, one of which I haven't really seen yet. It's all focused around controlling a single character and having everything follow them. There are farms which constantly deteriorate during levels and while they grant you food, the breaking causes you to constantly push forward or your society falls apart. Aside from the farms, you build structures to protect the land or spawn critters to help out. These creatures are awesome with a large variation in troops though squirrels really are the little MVP's out there. It's quite something to see these creatures with weapons and it's awesome for the most part to see large scale battles between multiple factions. 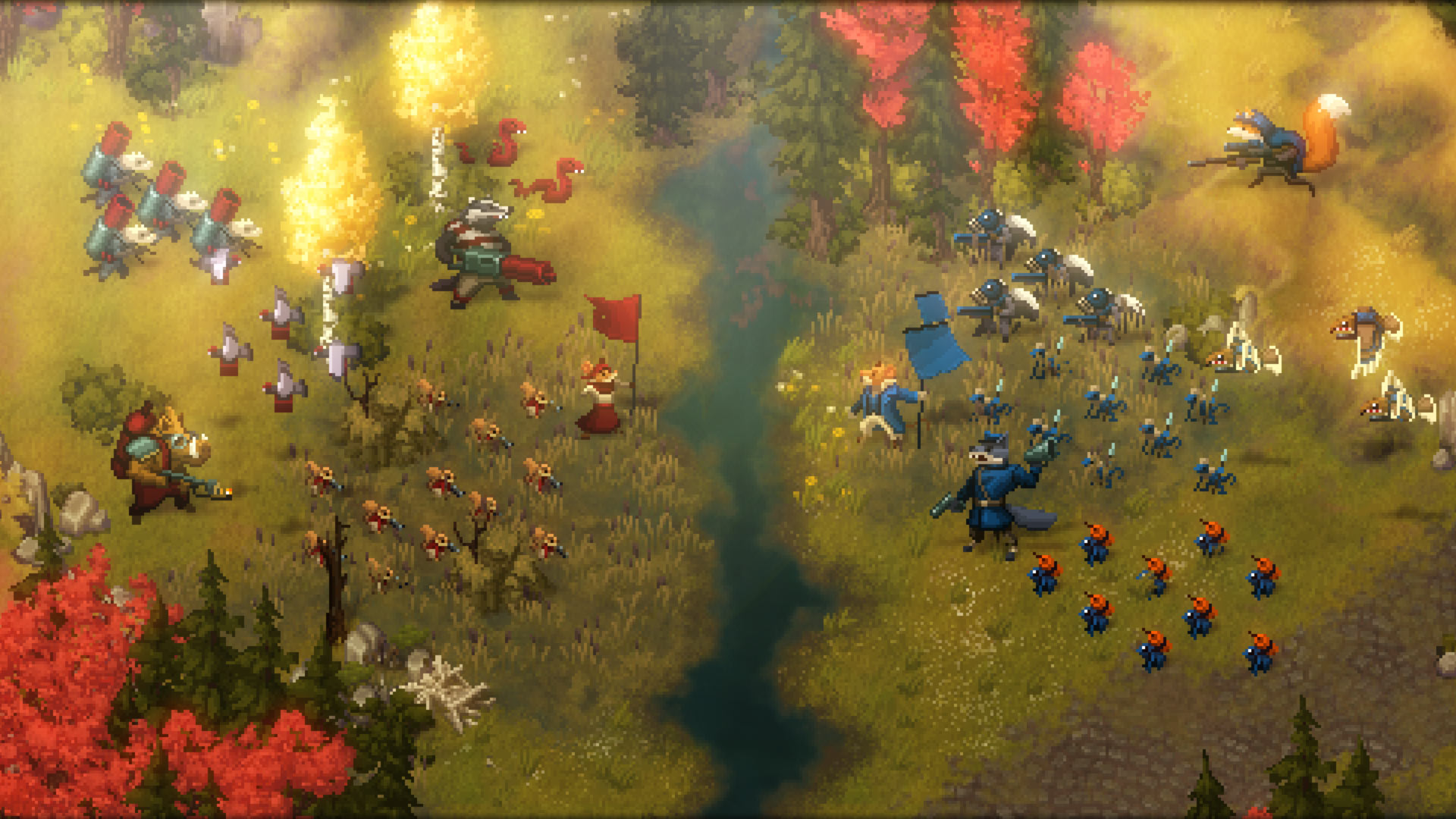 I really enjoyed Tooth and Tail finding it to be at the top of RTS for consoles. The streamlined design of following a core leader works perfectly for this experience and it all runs well. It's also very strategic as you need to learn how to balance farms and constantly push for new ones. This keeps the pace flowing well and can cause a sudden shift in any particular match. There's a lengthy story present with many creatures to use and an intensely competitive multiplayer. This really is one of the best RTS games I've played in a long time. Its enjoyable not only in how the campaign is presented, but also with how exciting the competitive aspects of multiplayer are.