This is the turning point in the season as it moves towards the end and what appears to be an interesting battle over the ultimate power of which the overly meta admin holds. This third episode of Jailhouse Block takes place entirely within an interesting jail and has our team working to get out. It's got an interesting premise, but it's less about living in a jail and all just escaping. You never get a sense of the area since it's just a rush to leave and it feels like just a setting for some crazier creatures to come out. The cast also continues to expand here and I'm still not a fan of these recent additions finding them more annoying than anything, I did however like the latest new member of the roster that gets introduced here. I felt that some parts of the narrative came across as silly with choices not really having much of an impact when the admin just pops in whenever. There was some good action here and the episode moved well at a good pace, but it felt like some aspects were just lacking.

Everything looks and plays in exact detail to what their Minecraft counterparts would be like. It was so great seeing the many Minecraft creatures they were able to stuff into this episode and fans of regular Minecraft will love that. The second season opened strong with showcasing a wide range of items from the series' expanded lore. The game does look more akin to animated Minecraft videos which I'm sure many of you have seen before which was fine. This was yet another well done episode in terms of polish as it ran smoothly without any issues. Finally would like to mention that the game has some neat side crafting areas where you can decide what to build in order to complete tasks. 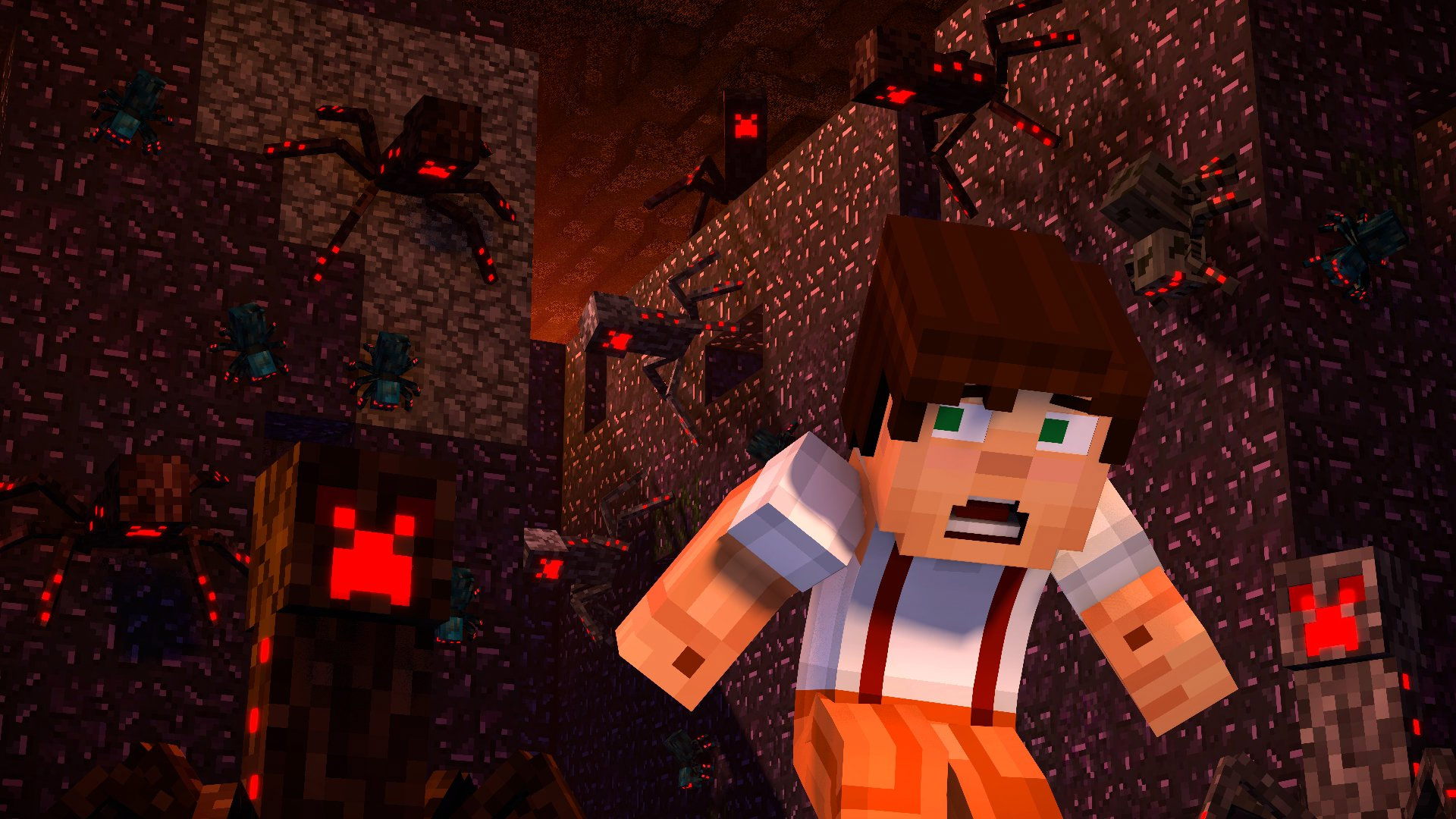 I'm really just not at all happy with the meta format they've taken with this admin story line as it just seems silly. It takes away the feeling of choice and mixing that with characters that I think are horrible or annoying makes the important decisions matter less. You make a particularly big choice in who moves forward at one point and I didn't care for any of them. I actually had more of a desire to see the friendly Mooshroom come out of this fine than any of the new additions. Still, it was a quality episode that all ran well and helped progress the story forward. If you're liking the direction this season has taken then this is a fine addition bringing more action and faster pacing. The end portion was also really well done feeling grand in scale and introducing some wild enemy variations into the experience. I'm not too interested in where they're taking this as it all seems predictable and hopefully some random cards come into play for these final two upcoming episodes.