Morphite is an interesting, yet almost too simple game giving you an open space to explore. There's a narrative present to work through, but you can really just go out there to explore. Taking place in space you essentially have an open galaxy to fly through and you just need to manage fuel in order to get there. The story was alright with your funky little robot cat as you speak between geometric players within a similar world. It's all about a sense of discovery as you figure out these ancient ruins that are scattered among the universe. Nothing is really difficult or challenging as it's mostly about exploration.

That's part of the issue though is that there isn't a challenge so anyone can play, but those wanting something more from this won't get that feeling of difficulty. The planets are large in scale for what you can venture through and procedurally generating. Venture through ancient structures, meet intelligent species and mostly just can things you find to sell. You may come across minor puzzles, but these weren't ever too complex. There are also some space sequences such as quick dogfights or asteroid dodging. This leads into the option to fly around checking out new planets, looting better things and taking part in a large, yet small scale galaxy.

The worlds feature a geometric style and the art follows that being very simple in design. I actually like this look as its soft and makes it easy to add contrast between the many worlds you visit. These planets all vary in color, temperature and life. Your main goal is structured within a story though you can just leave to do whatever whenever. I just went around checking out some planets to test scale and see what they offered. Scanning is a big part of this all as detecting creatures, plants or minerals will give you schematics to some degree which can be sold.

This money can help with upgrading your ship or towards resources for your suit to withstand harsher environments. There's some combat as well since creatures are hostile and bosses come into the mix, but nothing was challenging. A final mention here is that while everything runs smooth, going inside of space stations caused performance issues which was odd, but these areas aren't too useful so you won't venture into them often. 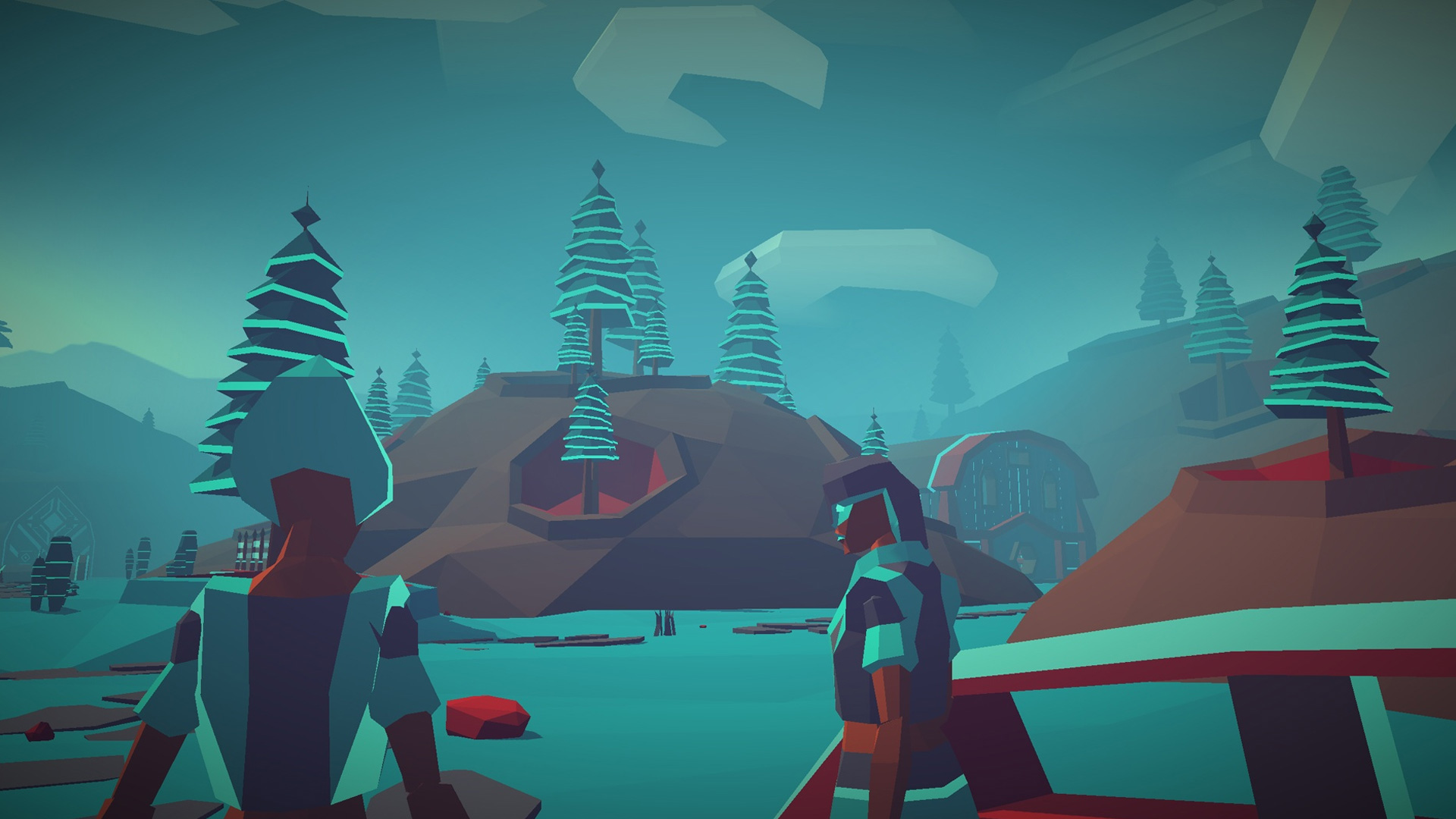 Morphite is a strange sort of game as it aspires to be massive and that sense is somewhat achieved with the simple presentation it brings. There's a serious issue of things getting boring quickly, but if you find the sense of checking out constantly fresh areas than it's really cool. You can go through the campaign, venture across planets and just scavenge for things. Collect minerals, find hidden secrets and grab better gear to further your journey. Take part in space battles as you choose how to continue or just fight creatures on the surface of planets. It's got some nice choice, lovely graphics though everything does feel very simple.