Beach Buggy Racing is a charming little karting game where you race across a number of single player missions, do some local quickplay or enjoy some four player splitscreen action. This is great on a platform such as the Nintendo Switch since you can take the game anywhere to play with others for some intense karting competition. The levels you move through in campaign feature a number of traditional driving modes from straight up racing to elimination amongst others. These levels are also broken into what are almost chapters as you race against a boss which then unlocks a new character and CC tier.

The various tiers require different vehicles so you'll need to purchase new ones while also allocating the in-game earned coins to upgrading the vehicles to compete better. Levels also feature a star based system for how well you finish in a race. There's a good selection of levels present to race on, many options in the quickplay and a daily race challenge if you're looking for more. I would have really liked to see an online multiplayer option be present here just like when I checked out the game on other current generation consoles, but with local play being pushed here it works well.

The game looks alright though sligthly dated even by the Switch's standards. For the most part the levels all run smooth as does the fluid gameplay. I did however notice some parts of the environment would load in while I was racing. These were minor, but quite noticeable as pieces of the rocks or plants would pop up ahead. This issue was present on the mobile and docked versions of the game. There's a good selection of maps present with a variety of unique environments and some short cuts if you can find them. Being a karting game power-ups are present to attack opponents and this should feel familiar to those that know the genre. These attacks range from stalling, to boosting and even some devastating explosions that stop progress. 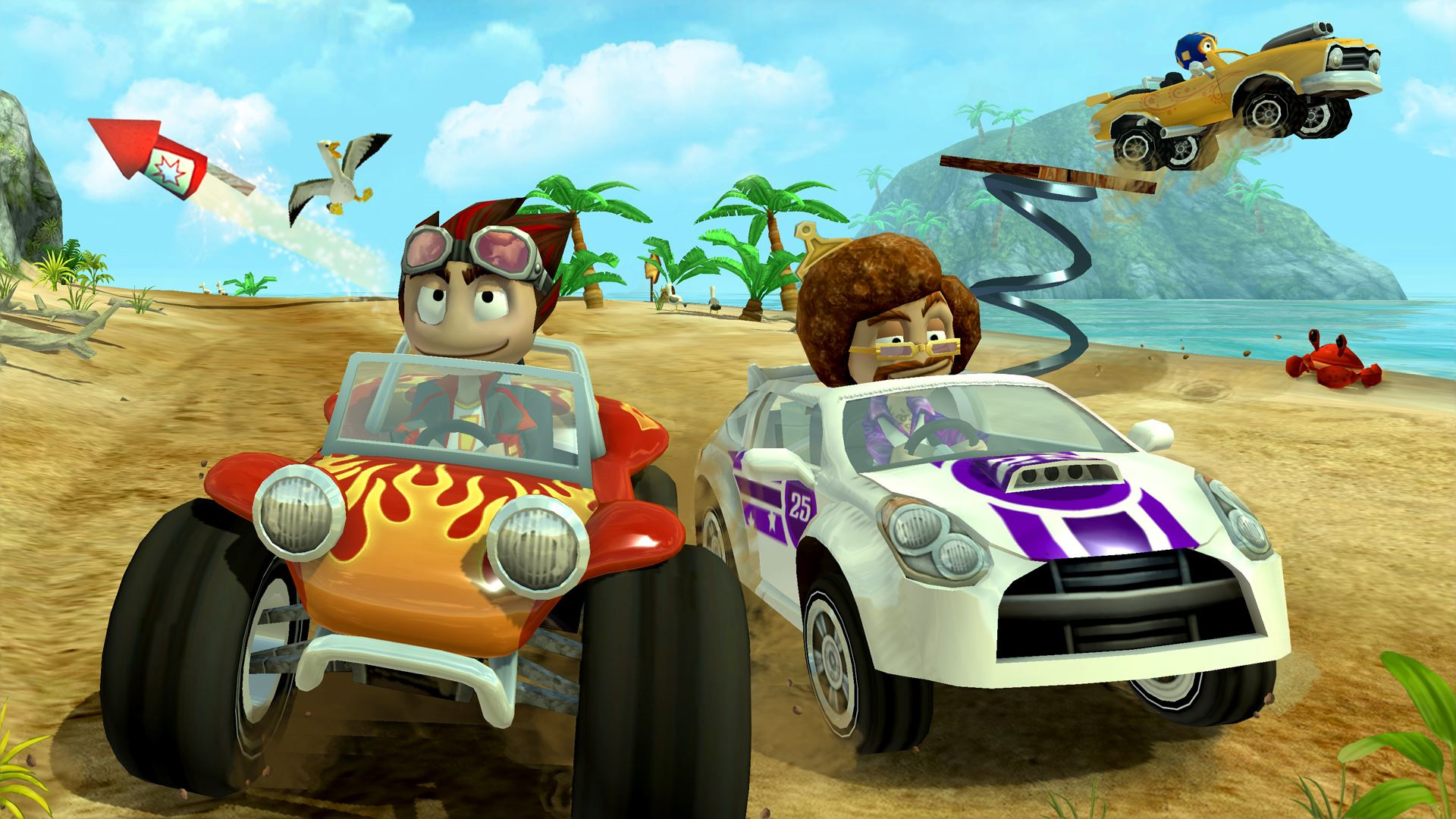 Beach Buggy Racing works really well for the Nintendo Switch offering a robust single player, four player splitscreen anywhere and multiple races to compete in. Upgrade your buggy, blast away enemies with the power-ups you collect and unlock new drivers to race with. For the most part this is solid on performance despite being just a tad dated though it works really well for the console providing a smooth experience whether you're plugged in at home or taking the race on the road. This is a nice casual game that works well for the platform with what it offers, but very much the same game you might have played elsewhere since there isn't anything that's particularly new here.