Baja: Edge of Control HD is a remake of a Xbox 360/Playstation 3 generation title that brings a wide selection of maps in what's an alright racer. This game aims to provide a pile of content with over a hundred maps, a full campaign and multiplayer options. Play the game by yourself or in local splitscreen for an experience that runs smooth throughout. There's the full multiplayer to compete in public matches against others or in private ones. The campaign provides a wide selection of levels to play from full cup circuits to quicker matches that you use in-game credits to unlock. As you progress forward you'll move through various vehicle tiers having to purchase them to go forward in more difficult environments. This area featured a lot of depth and some easier modes to play as many online complaints of the original were in difficulty. Lots to play there and that's carried to the fully unlocked quickplay option. There you can easily jump into any area with any gametype from hill based battles to the crazy long Baja competitions.

This is where I had some issues, the game really hasn't aged too well and that shows here. For a game from the earlier last generation I would still expect the visuals to look better than they do here. At times it's alright, but if you go just a tad slower a lot of the plants don't look great. The lighting is however well done and the render distance makes each level feel large in scale as the backdrops are fantastic. There's a large selection of maps present as mentioned before and I loved the variation here. Some were particularly interesting with multiple varying sections to split off and then meet back in a later portion of the track. The cars handled well as did the destruction mechanics where vehicles could get damaged over time and based on what was happening terrain wise to them. There's also some limited customization with a few body kits for each vehicle and various aspects that can be upgraded during the campaign to make the cars better. 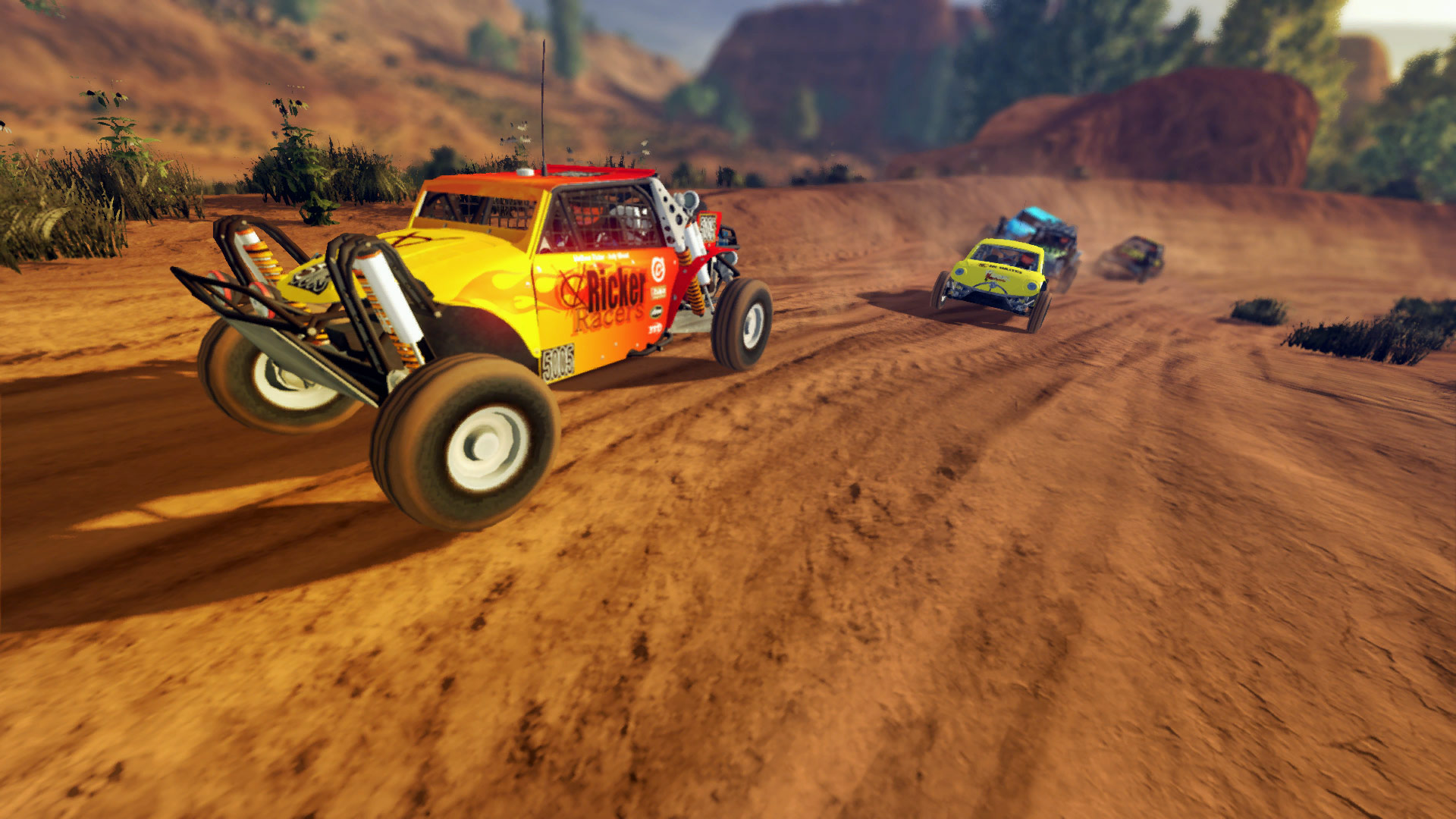 Baja: Edge of Control HD is a fine remaster of the game and I'm not sure why this particular game got the treatment, but I'm not at all against it as it can be fun to play. It does look rather dated even with the improved visuals, but some of the finer points of racing are well displayed here. The soundtrack is solid yet a bit old and the cars drive rather well really tearing at that dirt. There's a massive selection of tracks to race on and a number of modes to play. You can also race against others online or locally which is great for those that want splitscreen. The campaign is lengthy offering many races and multiple cups to compete within. This is a fine release though there's nothing too new here and it comes across as just an average racing title.