Jettomero: Hero of the Universe Review

Jettomero: Hero of the Universe is a lovely space exploration game where you play as this overly polite and very awkward giant robot. While he means no harm, it's hard for a poor massive robot with bad motor controls to not cause mass amounts of mayhem. The game is simple in the concept of being a large robot that can step on the surface of planets and is attempting to save humanity by fighting monsters. The story is told through pieces of narrative that the robot delivers and some mini comic strips. These are obtained by battling monsters across various solar systems and then using an interesting word tweaking decoder to unlock it.

There's a fair playthrough here as you discover the sad and interesting back story. I really did enjoy playing the game finding the time to be really well spent and nothing to be too long. Aside from moving through the story, you can just explore the various planets. On the surface are energy points to allow travel afterwards, hidden robotic parts for customization and some pressure explosion points. The game also features a full photo mode with multiple filters and this was really awesome.

The whole thing is displayed in an almost comic strip look that makes the visuals just insane. Each world looks beautiful, there's a wide variety of little things trying to stop you and the planets felt very distinct. I loved the awkward robot that moved around the planet helplessly destroying almost everything. The boss battles were fairly easy as was the rest of the game, but I felt the point was just having a good time and exploring the worlds. It was nice to have some customization options for the robot and just the general freedom of exploring the universe. 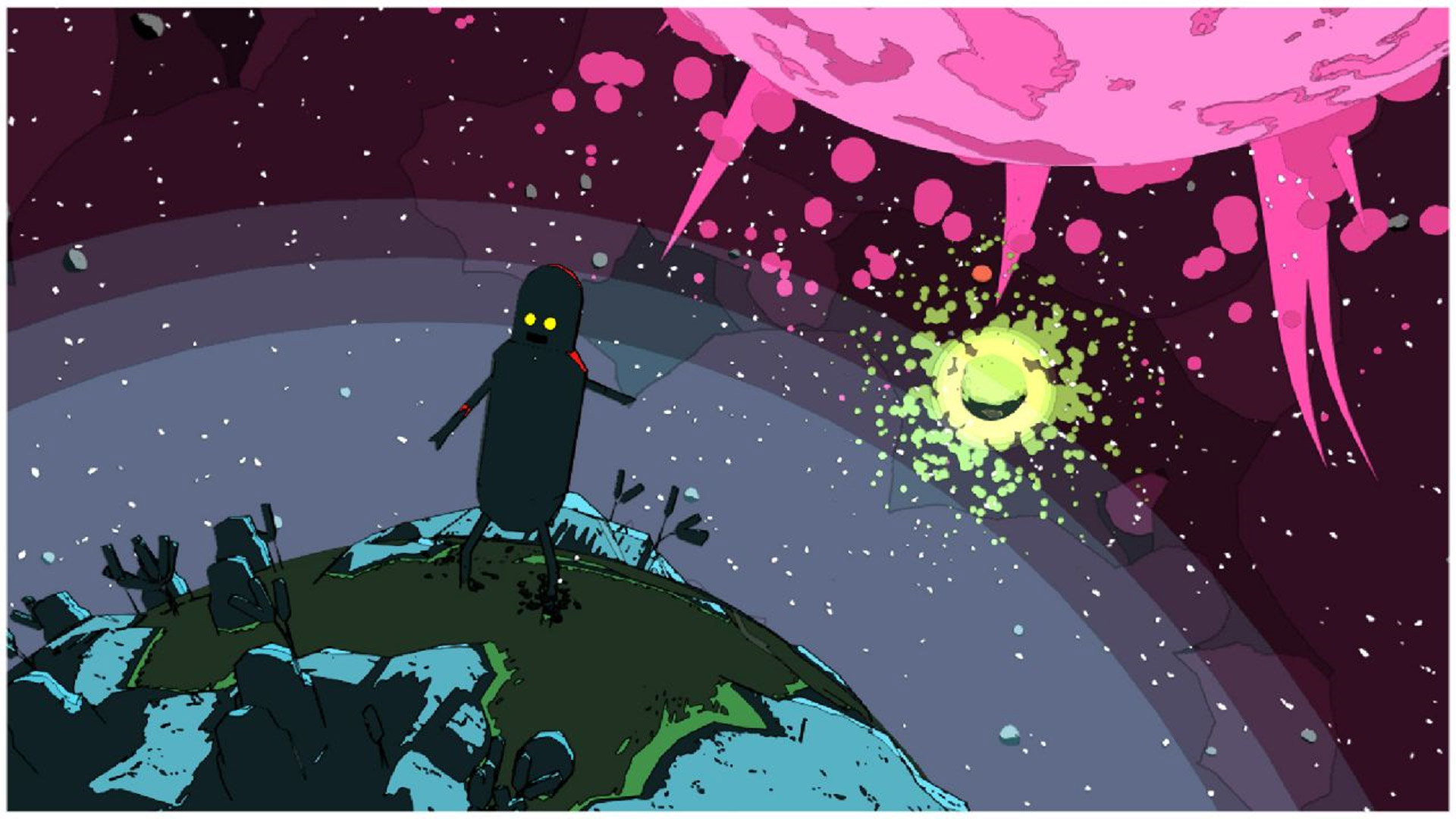 I really loved Jettomero, this game feels so distinct and different that it truly stands out from most titles I've played. It's simple in design, but I think that works well for it providing a peaceful giant monster mashing time. You just blow through buildings feeling like a tank while also seeing the sorrow of the robot since he knows what he's doing and it's accidental. The story was actually somewhat interesting yet conveyed some simply. I found Jettomero: Hero of the Universe to be a grand time from exploring the galaxy to discovering this poor robot's back story.

Jettomero: Hero of the Universe Review on Xbox One
Review Code Provided by Ghost Time Games