DreamBreak is a game that attempts to be similar to Another World which is an absolute classic. This game however lacks the wonder, interesting characters and structure that makes the latter so special. The story follows a janitor that gets thrown into the middle of a revolution that's not really shown and stumbles around doing things. There's honestly not much of a story going on here and it's poorly developed. I definitely get the just of what's going on, but it doesn't really convey it in a meaningful way.

This all goes towards what's a short narrative with an ending that has mo impact and made me care little about the choices. The levels are split into small, difficult segments (controls are awful) that weren't interesting. I went right through it and aside from remembering horrible parts such as the taxi scene or stretched out boring ones such as Space Invaders it was a sour time. I felt that some potential was here as some aspects of the experience were well done.

The look of DreamBreak is really gorgeous, the pixel art design is perfect and it feels like a living world. The music complements this very well helping to capture that cyberpunk feeling. This is let down by a simple narrative and some of the least responsive controls I've ever faced. I get that it's trying to be like Another World, but the controls should feel modern. The reactions were slow to the point of dying horribly just because the character wouldn't hop. I would click multiple times on objectives to do tasks and it just wouldn't. The minor pipe mini games were alright though, but this was pushed aside to the horrible frustration of the taxi part. Good luck doing that on the controller, seriously. 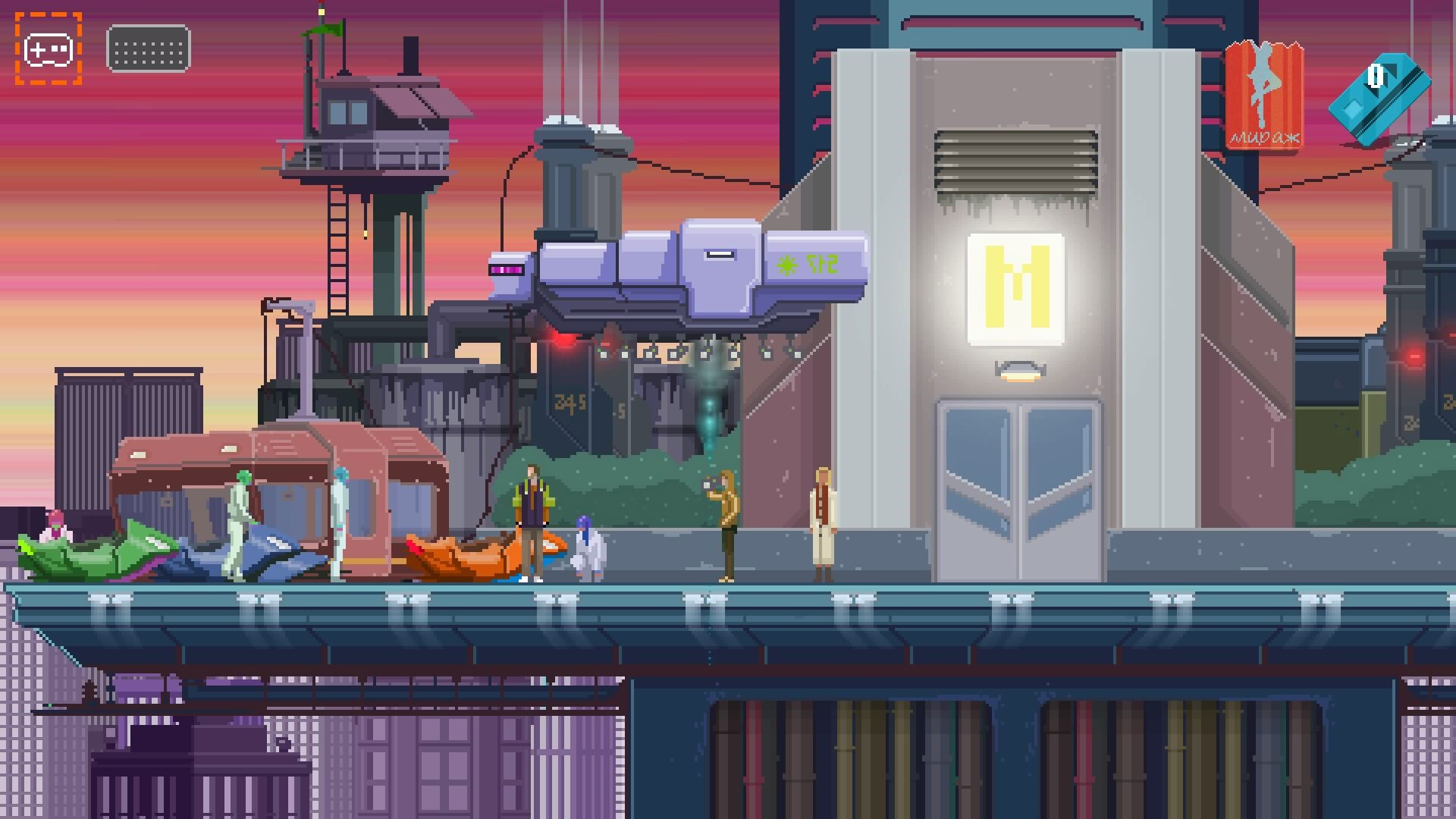 I came out of DreamBreak really disliking the game in general while having a strong appreciation of the world it created. The world was well developed, cool and really intriguing while the story didn't carry any development. It was basically just running through a series of set pieces and puzzles as this confused dude that just did things. DreamBreak most certainly had the potential to be something really cool and with some adjustments it could have been. It's a short, frustrating and just poorly pieced together experience that attempts pitifully to reach heights of a game I felt was solid on its recent anniversary.

DreamBreak Review on Xbox One
Review Code Provided by Digerati