"Did you hear that?"

White Noise 2 is a surprisingly good follow up to an indie game I played many years back providing a solid competitive multiplayer title. In the game you join up as a team of four players working together or a monster that works against that team. It's sort of a cooperative game mixed in with some survival elements making it similar to Dead by Daylight. It's a tad more cartoon focused than that and more appropriate for a larger range of ages to enjoy. Not to say it doesn't feel spooky which it does, it just doesn't have that level of gore.

It's also quite fun, well balanced and tense to play. Teamwork is absolutely key here and I love how the game really pushes that even if you've perished. The goal of the many levels is to go around collecting tapes and then deal with special mystical elements afterwards. I feel that it's slightly leaning towards the monster for winning, but it was about even during the time I spent towards writing this.

The game actually looks really good with that cartoon, yet realistic look that multiple games are using nowadays and it's nice. The environments are well designed with some items to help make them feel lively and they're large in scale. I did however notice that some objects load in poorly as you move and that the skybox is just a picture which took away from the immersion. It was also apparent that the Xbox One version constantly had minor bits of tearing throughout each level. The options for moving on the maps were great, from using glow sticks to aid in an escape to the items you pick-up to assist your goal. You can call out what's going on for your teammates, use an easy yet not precise next objective option and do similar tactics once you've been killed by the monster. 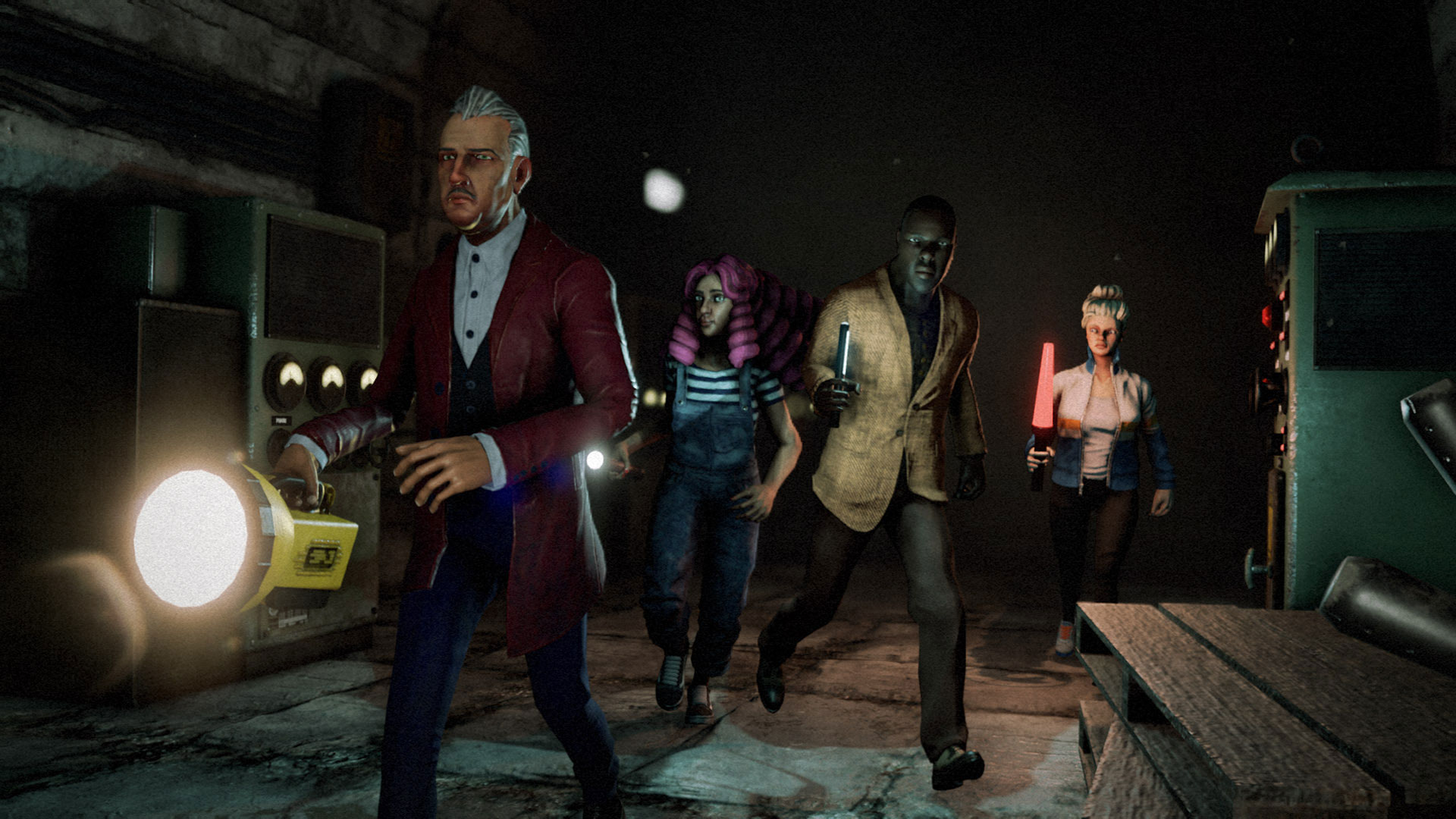 I was very surprised by the quality, scale and well balanced gameplay found within White Noise 2. I certainly wasn't expecting this going into it and it's a great cooperative multiplayer game. You can enjoy being a monster to hunt others or just work with a team to find the objectives hidden across the many maps. It looks good visually aside from some minor aspects and runs quite well. I liked the selection of levels with the maps feeling distinct and the quick pace of matches was appreciated. I certainly enjoyed White Noise 2 on Xbox One as it was enjoyable and easy to find matches on which is important.