Feral Fury is an intense and quick paced twin stick shooter that features randomly generating levels. Your goal as an elite panda soldier is to go in and deal with various levels of ever increasing death. It's actually rather intense and very difficult as you get blasted away by enemies or squeezed out by various traps. With the concept of a unique playthrough each time it's actually rather fun to keep trying, but I was certainly getting annoyed to some degree after not getting too far. It was still an interesting time with the levels being fast paced and simple in their goals, yet complex in the setup. Each level has a selection of tiled areas that can be bad or somewhat neutral. There isn't exactly much of a story here, but it does open with some information on the current conflict that's going on.

You dash or well roll through rooms shooting things and collecting items. You can find better guns, certain bonuses and other items that help on your quest. You're also going to need to find keycards as they open special doors of progression and hidden chests that can grant better weapons. I liked the look of the game as it has some nice details and is very gory for all parties involved. It felt responsive for combat and was really intense as you tried to survive room to room. 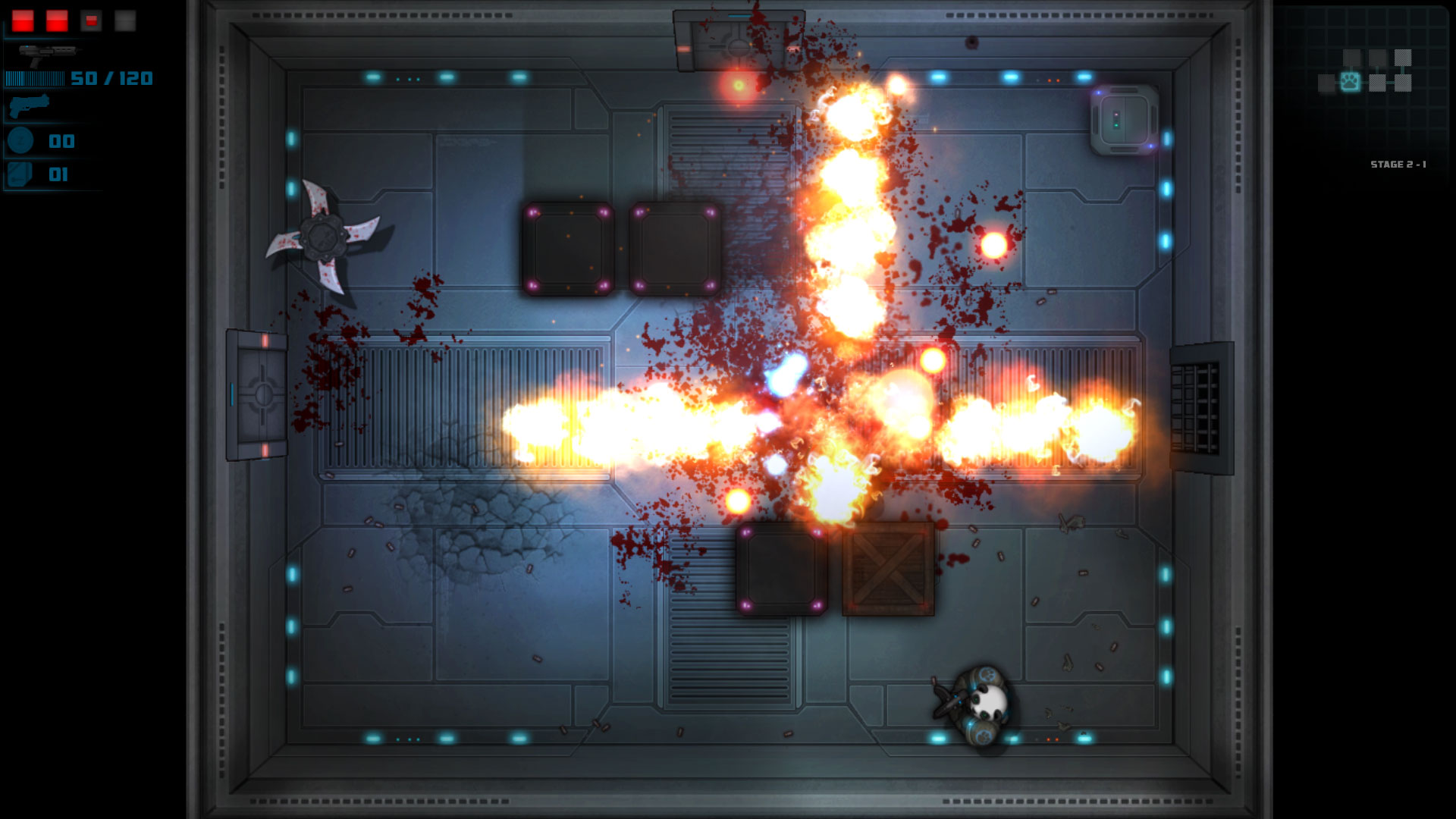 Feral Fury is a game that can entertain and provide a decent challenge with the opportunity to continuously play due to the random layout of levels. There are enemies to shoot, doors to get open and many fun traps to deal with. You can collect many fun weapons and there's something quite out there about being a war panda. It's got a nice selection of variety and potential for gameplay if you can tough it through the levels. It can get difficult and annoying to restart, but a fair amount of challenge for sure.