Ark: Survival Evolved is a game of intrigue, wonder and certainly scale as you attempt to survive as a simple naked person against overwhelming odds. You survive by collecting resources from the world around you and then either consuming or crafting those items for something. There's a large skill tree present where you choose what items you'd like to unlock for crafting and a simpler tree for choosing what aspects of your player you want to improve. Things can be deadly though as death is mostly permanent depending on the server and that's where choice comes in.

You can have it easier by editing options before loading a world or take the battle local for single player. It's at its best when playing online, but the option to play by yourself or even with others in a private session is always there. Aside from just surviving there are quests and goals. You can build a house or structures to assist in living while working on taming creatures. These creatures will assist in your mission to explore the island, collect ancient special artifacts and take on terrifying large scale bosses. You're also able to fill a special journal for what you've done and it basically adds something to do behind the scenes on living.

Ark: Survival Evolved on Xbox One is really hit or miss with how it runs. At times it's fine with some decent environments and rendering, whereas others it's just bad. It can screen tear constantly and for a final release I was hoping the performance would be better. It's a cost to get a better looking large world, but I still felt more could have been done with optimization. There's also a distinct issue where multiplayer groups must stay close together otherwise they get warnings and sucked back. The combat feels right in this as you get better weapons or just do fist based battles. It's best to grab a large monster to fight with and taming them is the method to achieve this. You can not only walk, but ride with creatures or fly with the air based ones. You'll also have to manage key survival aspects to live, your character needs food and proper shelter from the harsh environments. 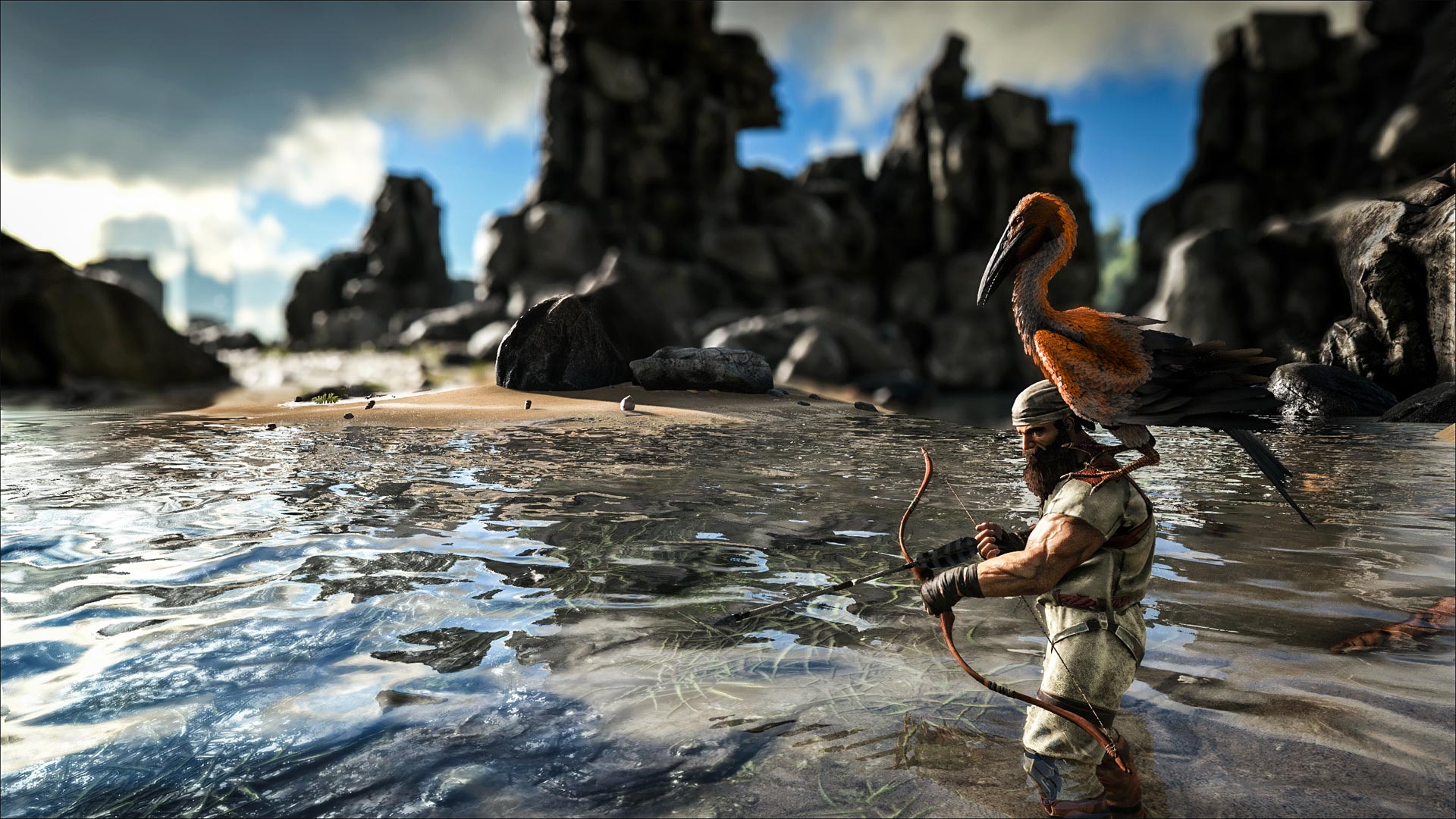 I really do enjoy playing Ark: Survival Evolved and the potential for what you do is amazing. It truly is a massive and large scale world to survive through alone or with others. The others can be friends in a private match or just randoms online which may try to doom you. It's the risk you take and in a survival game that's a lot of the appeal. The performance is rather poor at times in this version and while that would typically certainly hurt a game usually it does still feel solid. It's mostly a screen tearing problem while gameplay keeps constant and it didn't directly affect my ability to play. It should have been better, but with the size of the world mixed with the rendering distance I can see why they did certain things. Despite this, there's just so much to do and things to explore, it's a really magical world.