The premise of Dead Alliance is actually solid and definitely the type of game I'd like to play. What we have here is merely just a skeleton of the premise as the performance is at the level of vomit inducing and there are just so many glitches present. The game features just a handful of maps at launch and a similar amount of game types. These game types are actually well setup as is the design for most of the maps, it's just the gameplay that drags it all down. That aside, the way they're selling this game is actually interesting since its being split between the multiplayer and single player content. I'll be honest when I say the single player is completely useless.

This area just takes the multiplayer maps and adds a lame set of survival bubbles. You'll need to move bubble to bubble in order to live as the air is toxic, it was glitchy and at times these protective barriers did not work. When it did work, it's just a boring stand there and shoot zombies that would typically be on the map while gathering supplies. It's basically boring and I don't understand the point of even having it. Other than that, you can play local multiplayer with bots. That's essentially all the content within the package, there's a fair amount in multiplayer in comparison to the lower price point though the single player stuff is useless.

This is the part where the game just completely falls apart. There's just a constant issue with performance to the point that I was feeling very sick after playing it a couple hours. It's uncomfortable that there's constant delay in the screen no matter what you're doing. Zombies at times will slide across the floor, through objects and feel overpowered when in aggression mode. It doesn't help that the aiming system is garbage aside from the snap auto kill feature it has. Objects would often load in and out while I was moving through maps with one map actually having parts of the environment not textured.

That was hilarious and really showed the type of quality with this game, there wasn't any. The guns are alright and three type class system makes sense. It shines with the in-game purchasable customization. Here you can completely customize your guns from attachments to gun skins. There's a good set of variety and this system is taken further as you can buy killstreaks or perk options as well. This area is actually well done and like some aspects, locked behind the worst performance I've seen this generation. I'll also mention that a lot of the time the spawning is horrible throwing you anywhere, in front of enemies or even within the other team's spawn to grab their objective. 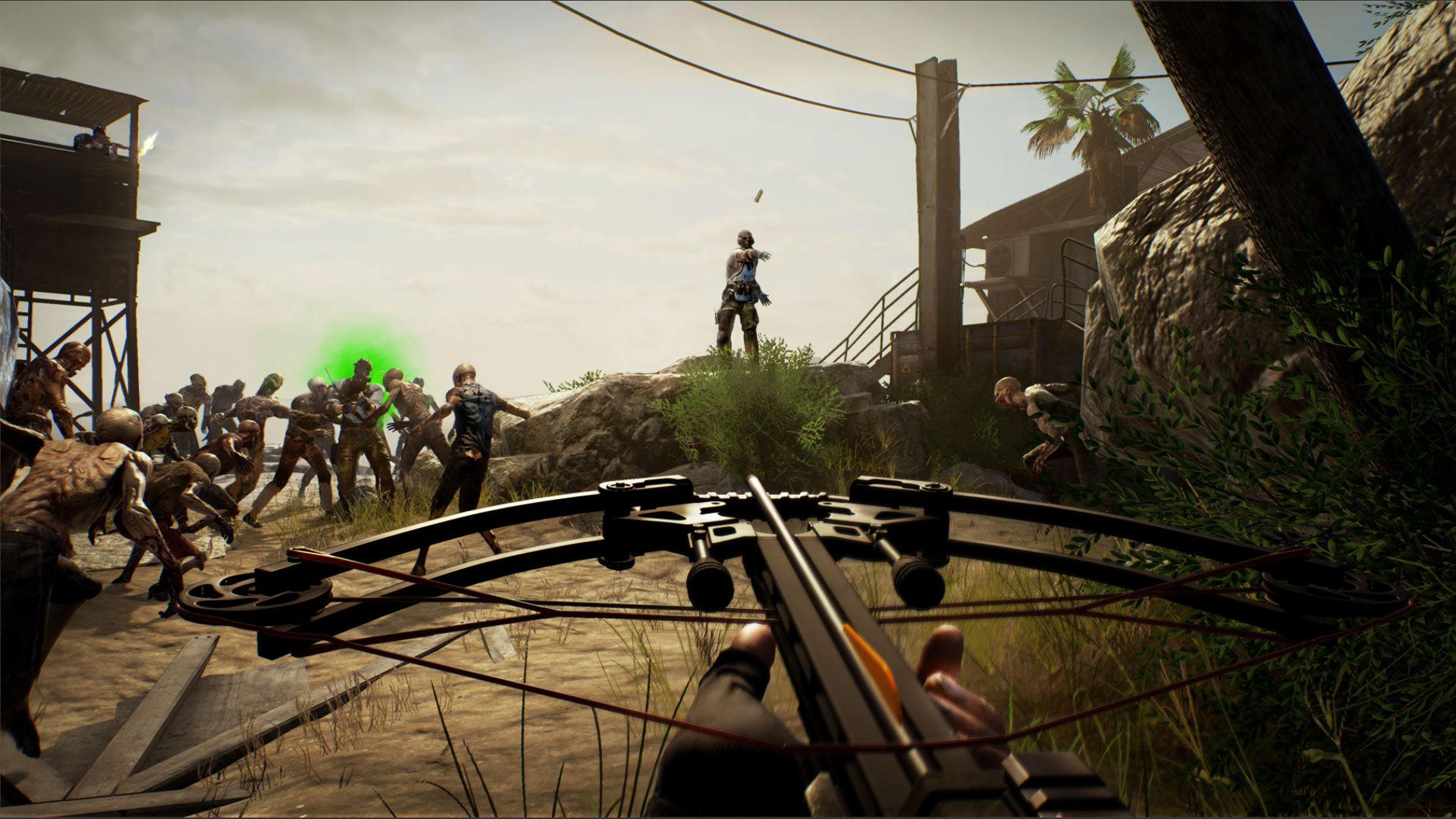 I don't think that Dead Alliance is a horrible game, at least under the absolute garbage layer of quality that's put over an interesting concept. There's potential there for sure, somewhere and it's held back by something that clearly wasn't ready. The lower release point for cost is a good idea and they should have just gutted the single player content altogether as that is 100% not worth your time. The multiplayer can be fun at times if you can get past the constant stutters and broken aspects of the environment. I would have liked to see some more maps, but they've got the modes down perfectly with a good mix of objectives and more deathmatch oriented options.

The weapon selection is alright with many options to tweak your load out. I see something that resembles a game I'd like to play, but this is not it. The idea of having a first person shooter with an extra element at play is neat, it's a distraction yet here it doesn't work. They also should not have maxed the controller vibration when a zombie attacks, people in my chat were wondering what the insane sound was that the mic was picking up. This game is essentially just trash at this point, it could be improved if they get the performance going properly though at launch I'm curious why this was allowed to be released in the state it is.