Jackbox grows on the Nintendo Switch with this sequel pack of games that expands the party selection by providing another solid number of hits. That being said, it's not quite up to the quality of the original though still a grand time if you're looking to expand party options. The main hit here is "Fibbage 2", the sequel to awesome lie focused game of tricking others into your responses. You create these responses as parts of a sentence that's given and then everyone selects what they think fits. The deFIBrillator is new which can be used once in a game and breaks the choices to a 50/50 guessing split. The second item in this pack is "Earwax" where players get a judge and then compete by mashing sounds together.

This is followed by "Bidiots" which in itself is a follow-up to Drawful having players draw art. The idea here is to gain the most profit from your work, it's not as free as Drawful though still entertaining. "Quiplash XL" is probably the second best here played out where everyone is given a general set of phrases from which they write in a solution. Others then vote on which phrase they liked most, it's somewhat similar to Fibbage. The final game was "Bomb Corp." which comes across as a cooperative effort and honestly a tad hard to coordinate so this doesn't work for audience type play too well.

The Jackbox Party Pack is played with the console and mobile phones/anything with an internet browser. The general menus are controlled through the Joy-Cons whereas gameplay is played with the phones. This works well to provide an easy way for multiple people to join in a way that's comfortable. The screen does however dim after some time of the Joy-Cons not being moved which was annoying. The game runs well docked and undocked though I'm not sure how great the tiny screen would be for parties. It also needs an internet connection to play so you can't exactly take this out on the road. The games can also be streamed with settings that help make this easier. 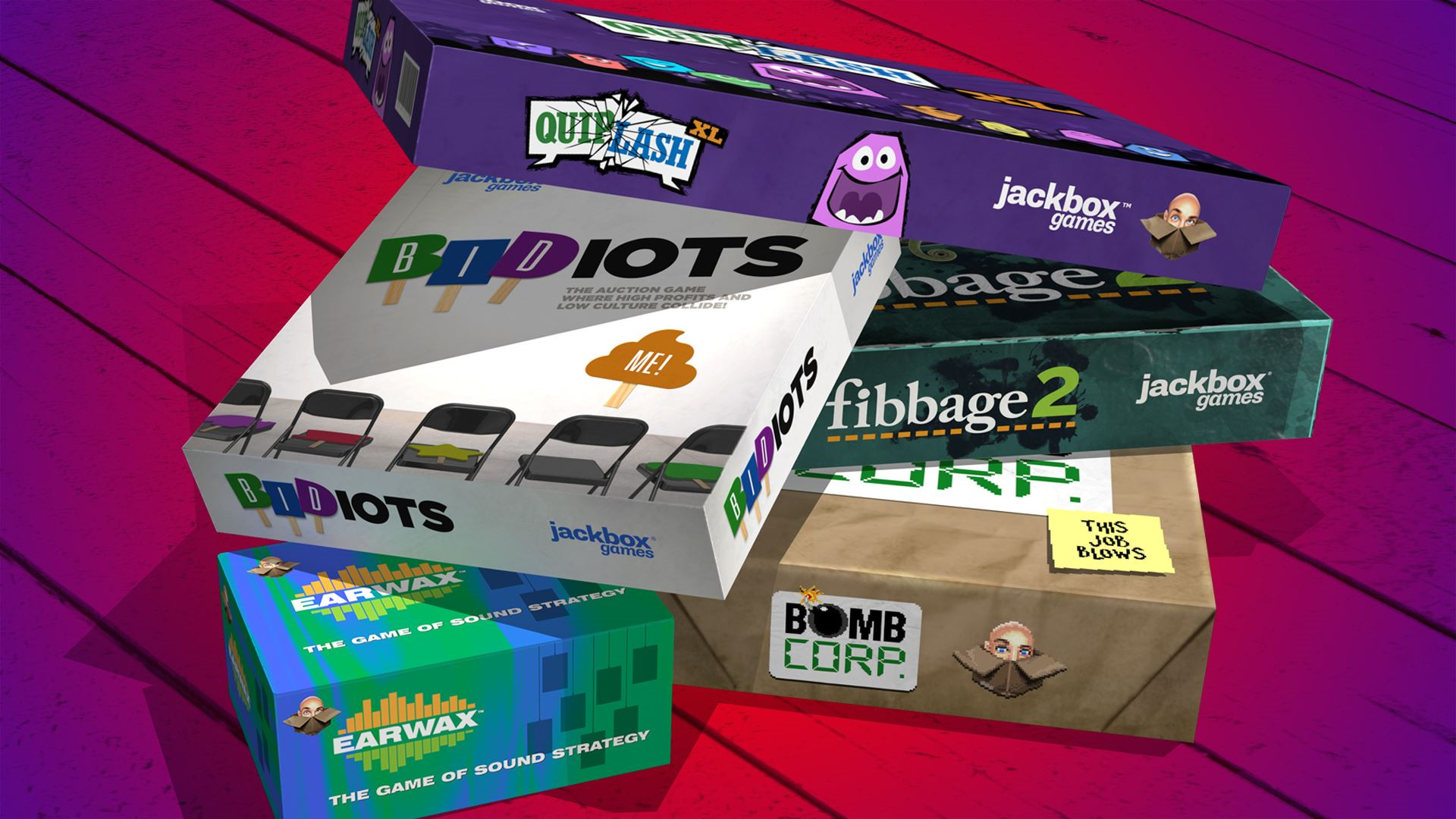 This pack certainly wasn't up to the level that original games were though still a great addition of party games. If you liked the first selection then you'll enjoy this one as well. The games aren't all fantastic, but still fun to play and worth a laugh. With Fibbage coming back better than ever it's probably worth it for that alone if you loved the first. It's an easy set of games to play that can extend the fun if you have the first already, but honestly check that one out if you don't have either of these. Bidiots, Quiplash XL and Fibbage 2 are solid, but even those don't provide the most buoyancy here.