"More of the Adventure"

Uncharted: The Lost Legacy is a standalone entry within the series following Chloe as she works with Nadine to seek the Tusk of Ganesh which is hidden within the mountains of India. It's not an easy journey however as a civil war is currently ongoing and the region is conflicted with turmoil. The story has you move from the crowded streets of the city to an open outdoor environment to move around in. It's definitely a different sort of Uncharted as it gives you linear objectives, but allows freedom in how they're tackled. It still comes back towards a linear design, but that extra sense of discovery was appreciated. I don't know if it really served a purpose, but I felt the experience was better because of it.

The narrative was solid though some aspects came across as predictable, but it was nice to see some different characters get explored. Chloe is great as a protagonist though very similar to Lara Croft which my mind couldn't stop itself from comparing the entire time. The scale of the world is large here offering massive vistas to view, gorgeous backdrops and the option to take pictures along the way. The ending was somewhat underwhelming since we've been there, done that though still epic.

The online mode from Uncharted 4 is connected here basically providing that full experience in terms of DLC and content. It also brings forward the Survival mode where you blast away waves of enemies across iconic locations. There are minor extra such as new characters from The Lost Legacy though its the exact same. It provides some wild multiplayer action, but like with the fourth game I found it to be an average third person shooter for online combat. I don't want to spend too much time discussing this aspect as it really is just a definitive version of Uncharted 4's multiplayer.

The world The Lost Legacy is breathtaking, I would constantly stop just to take it in. There's so much depth in the environment and density that the world feels real. I did however find it to feel too similar to Uncharted 4 in terms of visuals and the world felt like another venture into just a small part of that. The puzzles were well done here mostly being intuitive and still limited as not to slow the pace of the cinematic style. You spend a lot of time climbing, taking part in shooting galleries and driving around. I would like them to actually have stealth at some point since scenes would always end in a gunfight. There's also an epic train chase that felt too similar once again and the driving parts were almost too reminiscent of the fourth game. Still, I don't want to pick at it too much as this game is stunning. It truly looks beautiful putting most games to shame and when you reach high points it's just something else entirely. 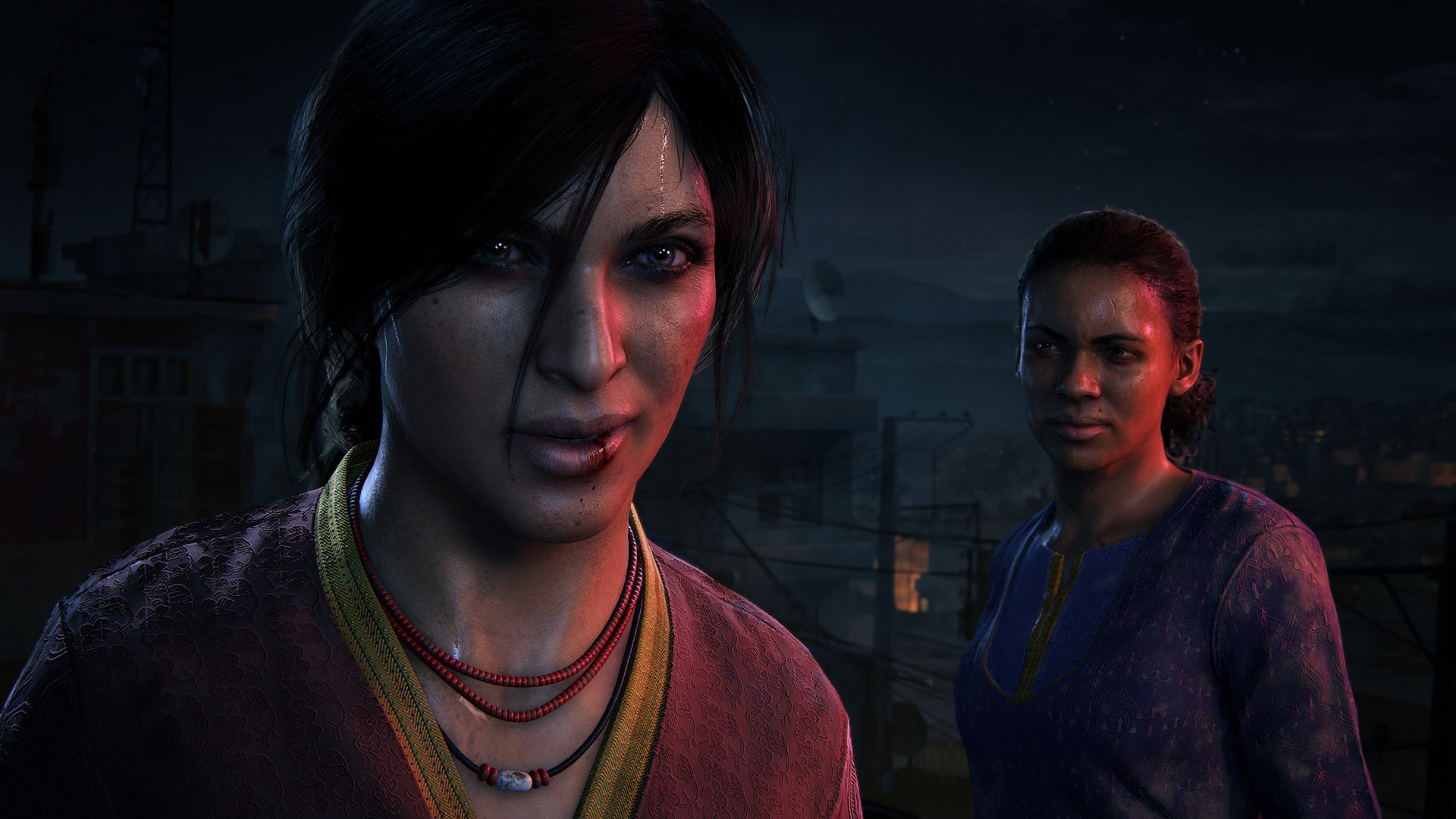 Uncharted: The Lost Legacy is an excellent standalone and perfect addition to the Uncharted universe. Chloe shines here and the extra context to Nadine's character adds some much needed development. The setting is gorgeous with an open world which few games can match in terms of scale and density. The world feels so lively from the many creatures that roam within it to the enemies you face. I think the main issues I had with this game is that it's too similar to Uncharted 4 and that honestly isn't a bad thing since that game truly packed a punch last year. I'd like to actually see more of these mini adventures as they provide a much needed expansion and calm development of characters that were left out or pushed to the side.

Uncharted: The Lost Legacy for Playstation 4