I'll be honest and say that I support the Kinect while also being a fan of the Kinect Sports series. Now for me there is a lot of importance centered around this game as it is one of the first true Kinect only games on this generation and I really expect excellence from it as hopefully I will be playing it for years to come.

This time around we are given six sports, some of which have been seen in previous entries with a few new ones that are optimal for what our pumped up new little Kinect friend can do. It certainly looks beautiful as it should with the extra months of polish considering this was to be a launch title in November (2014 for future readers).

Along with the standard modes is an attempt to create a campaign instead of having just separate sports to play. This campaign lets you gain fans, XP and other items as you battle it out in ranked modes to get the highest score and beat the competition.

Of course with all these unlocks you will have a nice selection of shiny clothing or equipment that will help you play even better with extra power-ups for in-game. These matches present themselves as unique team story missions or just default sports matches. Both areas gain levels and an extra fan base for you as you attempt to rank even higher.

After awhile or really right at the start you're going to be poached by three very differing parties that apparently compete with one another on the island; there are the barbarians called Wolf Clan, the modernistic group going by Eagle Legion and finally the futuristic Viper Network.

Respectively these are your choices as you continue gaining fame and every good all-star champion needs to pick a club to play under. Going onto the actual sports we have Soccer; Wake Racing, Climbing, Target Shooting, Tennis and Bowling. Some of these modes are really well done whereas others feel slightly like mini games.

This isn't a bad thing, but I feel like these are mostly updated versions that have been simplified for this generation. Soccer is turn based and probably the most tame of everything. I just took it as a lazy kick and continue game which really wasn't anything too exhilarating. Wake Racing is a classic videogame sport and this is really the next natural evolution of it.

The controls work well and it looks absolutely beautiful. The climbing or really rock climbing is a ton of fun and can become very aggressive. It's perfectly executed and takes a fair bit of skill as you push it to the limit during fast minute or so long matches. The Target Shooting is just about holding a gun to the screen in your hand and shooting targets, it performs well while being fairly interesting. Tennis plays really well and just like Tennis.

You sit on either end and battle it out to however many love as you knock it back or forth. Finally we have bowling which works perfectly as before and only becomes a little more complex in how it runs. Really well done and enjoyable for multiple players. This is another interesting aspect is that many of these game modes work well for single players of even many as you all battle it locally. 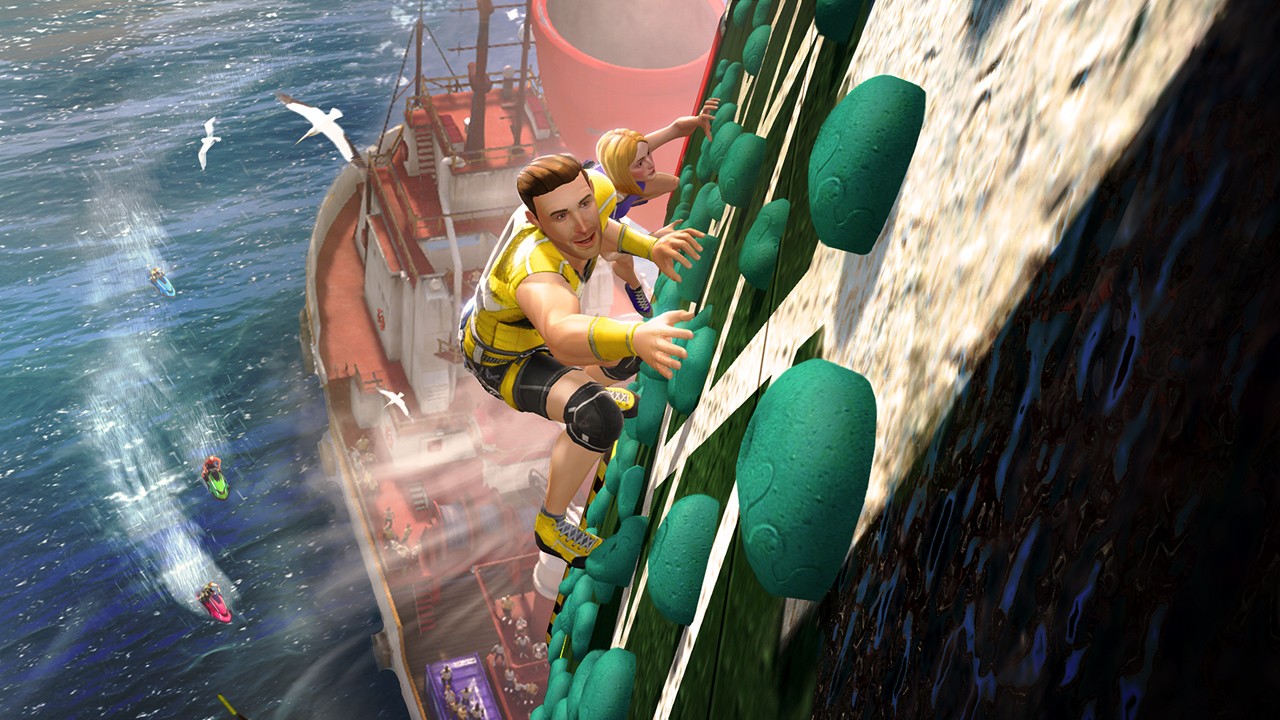 There is of course competitive multiplayer over xbox live just like the good old days when I bowled with a friend occasionally. Even an odd friend or random on live may appear during matches with their champions skills akin to how they would play. A feature similar to that of Forza and it will be fun to see how they change over time.

It's a great addition and everything other than that works about as well as in local play. The gameplay looks stunning and performs very well in each of the sports. They all play without much issue and multiplayer online along with locally are seamless.

I also found that many people are able to easily hop into the game and just pick it up without much difficulty. I do question the character creator which was shown to be a lot better than it really is, though my guy somewhat looks a little like me with just some extra edits needed. 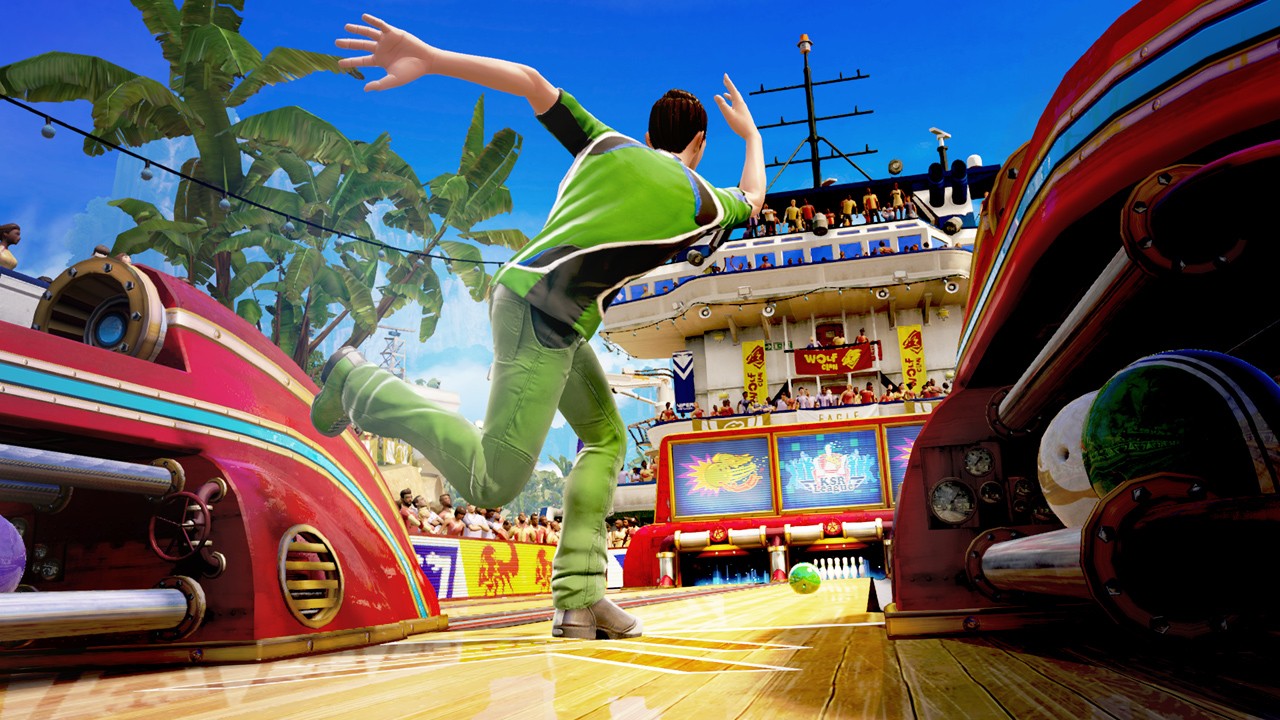 Rivals takes the sports we love and allows us to enjoy them simply from our living room. Though they may not be all perfect or amazing, it shows off the potential changes that the Kinect will bring us into the future and I am very excited for them.

The character creation is an interesting feature that needs some work, but it's nice having a representation of yourself in the game and some slick costumes for the differing sports. If you want something to do on your Kinect, this is the game for you. It runs well, looks great and has some gameplay that will keep you going for awhile. 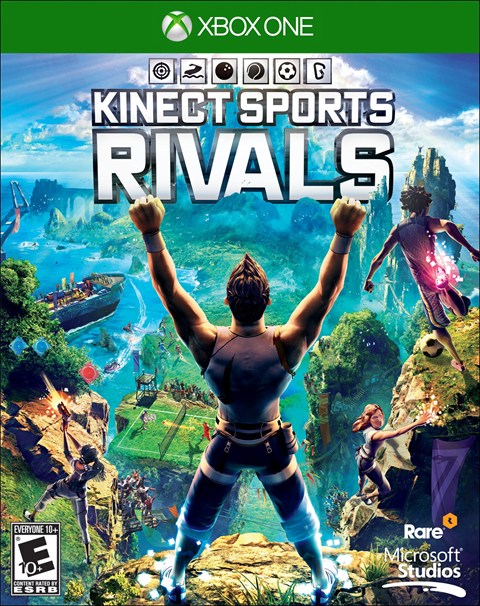