"Episode 3: More Than a Feeling"

Guardians of the Galaxy really hits its stride with this third episode offering multiple options for how things can play out while also adding some extra spice to the team. Things start with Starlord and Gamora living in a dreamscape with this episode providing a focus on Gamora's background with her sister Nebula. It showcases this aspect by continuing to use memory sequences and with the boosted help of a lovely new companion. This particular new friend really helps build the cast by providing a fun, bubbly and comedic assistance to the Guardians.

I also had chosen to take Nebula along and this aspect is important towards the ending since a defining choice is made that can have multiple routes. Not only did this episode excel in telling a strong story with these characters, it felt true to them while also adding some more familiar faces into the mix. The comedy was spot on once again bringing them to life and I loved some of the in the distance nods characters would have. The scenes were well done and the balance of action mixed with some quieter parts lead to some great character development for the damaged assassin sisters.

Telltale titles play with a cinematic focus having you mostly just control narrative by selecting from choices and additionally quick time events. They seem to have grown their detective mode from the Batman series having Starlord fly around at times to discover things with this being used briefly within the episode. The game ran very smooth on the console which is great, there's usually some sort of issue and this one was solid throughout with no issues present. The graphics also continue to use a smoother look to them and that was pleasant. I also felt that they nailed the characters here not only in their attitudes, but also with the voices as well. The use of music is perfect here coming in at just the right moments to help set the mood. 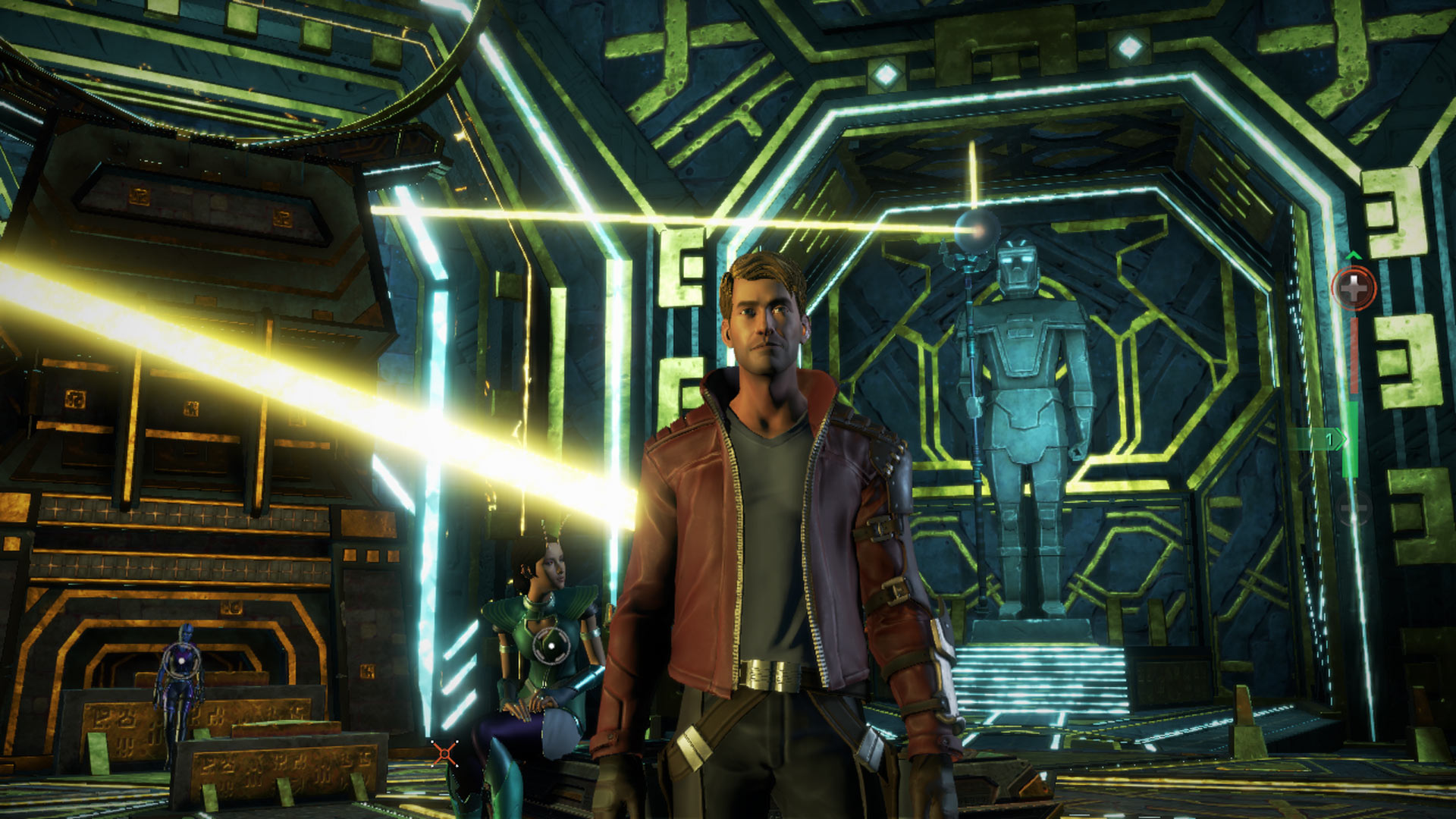 More Than a Feeling brings the full force of the Guardians and adds some members to it that really help round out the squad. It feels like there's a full team involved with this and it brings more impact or well generally opinions when it comes down to a very defining point in the season. The episode had great pacing featuring a similar length to the other ones in the season with a story that brought some extra emotion to it. The dynamic behind Gamora and Nebula was interesting with the original reveal behind these visions everyone has been having was a surprise I didn't anticipate. Once this aspect was revealed it really opened up the story for new possibilities and interactions which were all enjoyable. Another solid entry in this series that fans will enjoy.