The first episode of the second season was a solid start for what's to come and helped set the grounds for what the rest of the season's theme will be. With episode two this continues as we deal with the overly meta admin and are sent towards a snow fortress of traps. Things open with an interesting and action packed attack to then quiet down as we're sent forward as a sort of champion. There was a nice sense of choice with this one as the story can be adjusted slightly though with a supposed twist being a big part of this it didn't deliver there.

That being said, I liked the interactions of the group as the lead continues to deal with the odd issues Petra is having while also battling against this admin. There were some portions of action mixed with a single puzzle type area. This puzzle wasn't terribly challenging though easy to over think and I felt it wrecked the pacing of the episode. It was still an interesting direction for the story and the scenery of this episode was particularly beautiful.

Everything looks and plays in exact detail to what their Minecraft counterparts would be like. It was so great seeing the many Minecraft creatures they were able to stuff into this episode and fans of regular Minecraft will love that. The second season opened strong with showcasing a wide range of items from the series' expanded lore. The voice acting was well done with every character feeling absolutely unique though in this episode some lip syncing was off. The game does look more akin to animated Minecraft videos which I'm sure many of you have seen before which was fine. This was yet another well done episode in terms of polish as it ran smoothly without any issues. Finally would like to mention that the game has some neat side crafting areas where you can decide what to build in order to complete tasks. 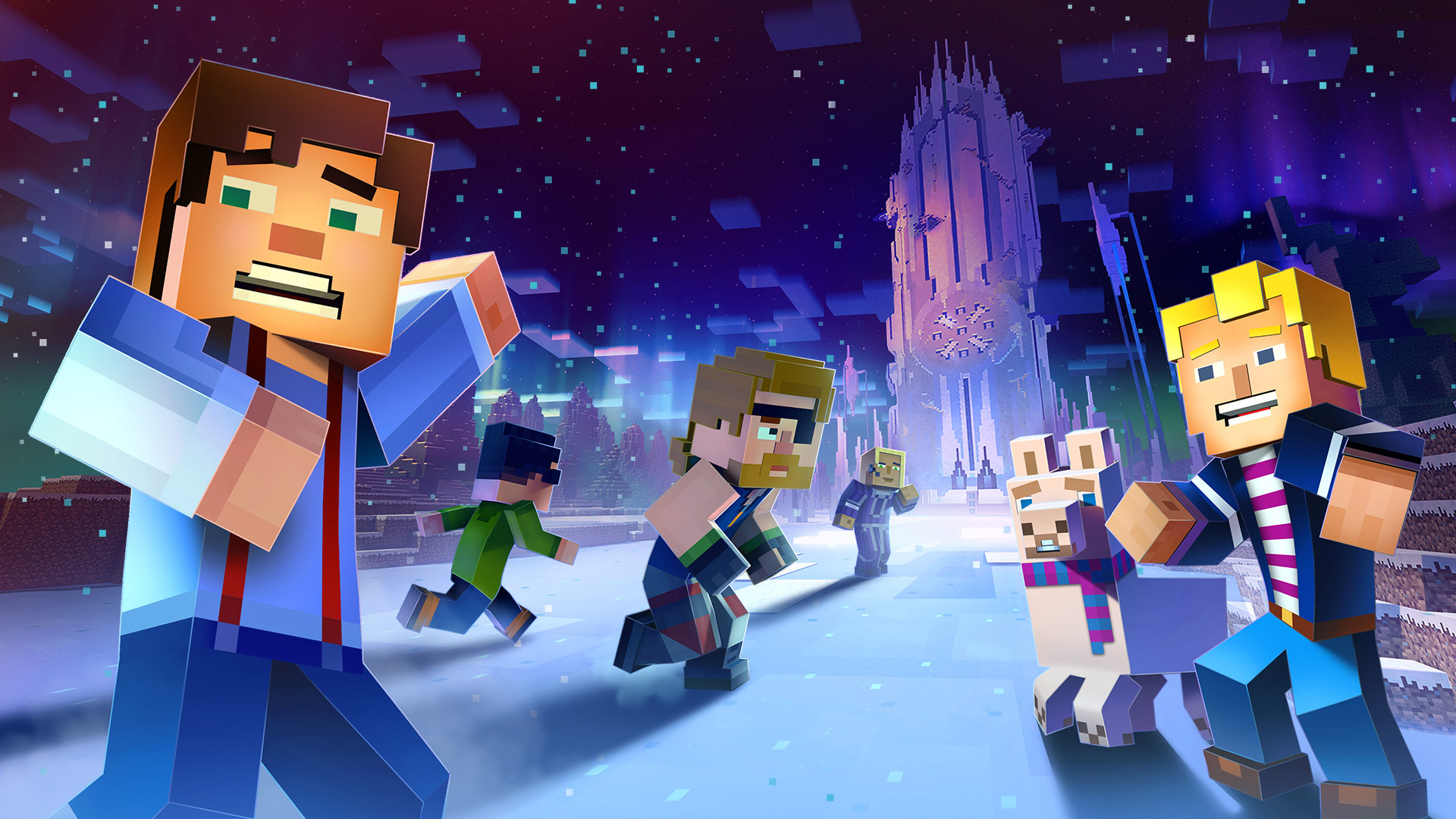 I dislike how Telltale is still trying to force Youtuber inclusion and I absolutely hate the Radar character. That being said it's interesting to see a large group of largely new characters interacting as they move forward to deal with the too meta admin. I'm still not sure how I like that aspect and it'll be an important factor to see how that's dealt with over the season. The setting of the episode was great and I enjoyed the sense of the narrative splitting. Still, the choices felt artificial here with only small adjustments with what could happen and a twist that didn't deliver while at the same feeling underwhelming. It's a solid episode regardless of some thoughts I have on various aspects and I'm more interested in seeing the direction this part is trying to take us to.